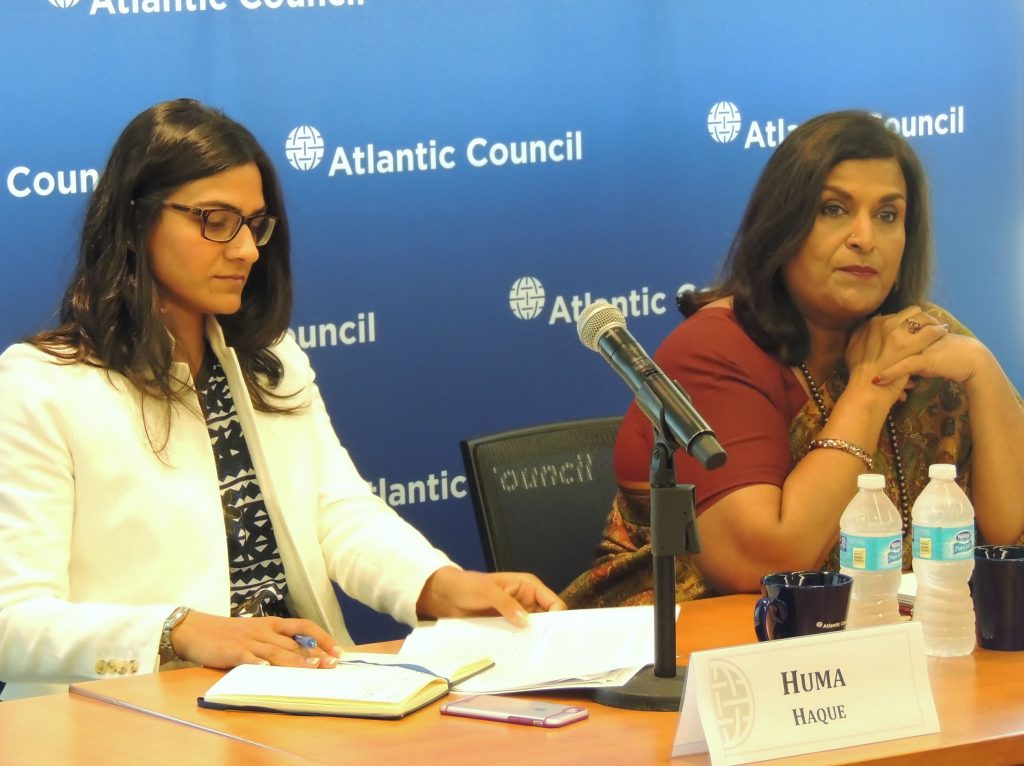 In what Reddy termed a “tragedy of the commons,” India’s groundwater is over-extracted and yet the rate of extraction continues to rise. This problem, and India’s inability to contain it, is indicative of the systemic issues at the heart of the country’s water challenges. Water management is an “issue of the state” but states’ capacity to respond to water challenges is varied and questionable. The national government faces difficulty instituting regulations to address the nationwide concern.

Agriculture is the country’s biggest consumer of water. With highly fragmented land ownership, India is plagued with massive overextraction due to difficulties regulating small farmers who rely on the relative ease of tapping groundwater to cultivate their crops. Compounding the problem is an economic shift away from agricultural production that threatens the livelihood of Indian farmers and average citizens. “Water security is inextricably linked to food security,” Reddy warned.  Considering its large share in the country’s economy, agricultural production needs to reach a GDP growth rate of 4% of GDP for India to meet forecasts of  8% GDP growth overall.

The first steps in addressing India’s water scarcity, Reddy proposed, include: increase land size and implement limits to water usage, increase irrigation, introduce high-end technology for farming, improve local storage, and allow repletion through water development and harvesting. Reddy termed the latter solution as the easiest to tackle and most immediately effective, and suggested dam construction to allow storage and repletion. Recognizing the contentiousness of dam construction, Reddy noted that “Management decisions in one country affect many in the region.” In order to address such challenges,  Leddy proposed more dialogues and coordinated regional–rather than bilateral–efforts.

Reddy cited the Association of Southeast Asian Nations (ASEAN) as a model for regional cooperation, and argued that bilateral concerns have hindered the South Asian Association for Regional Cooperation (SAARC) from achieving the same success. She implored SAARC to take on water and food security issues as a necessary and useful step to address mutual regional concerns.

Looking ahead to a different opportunity for multilateral cooperation—the Paris 2015 Climate Change Conference—Reddy appeared more cautious. “High expectations are being built around the upcoming convening.” While India is the 3rd highest carbon emitter, Reddy argued that India remains well below the emission levels of the first two (United States and China) and India’s commitment to emission caps “will not make a difference” towards the stated goal of keeping global warming below two degrees Celsius. She stated the current promises expected at the conference, if held by all countries, will not be enough to meet the two degree Celsius goal. Rather, India seeks to highlight its significant investment in renewable energy and shift away from fossil fuels. The decentralized policies of India’s government, in this case, is an advantage, enabling States to institute localized models of energy innovation.

When asked where food security, water scarcity, and climate change fall on President Modi’s agenda, Reddy suggested that these issues remain on a long list of priorities.