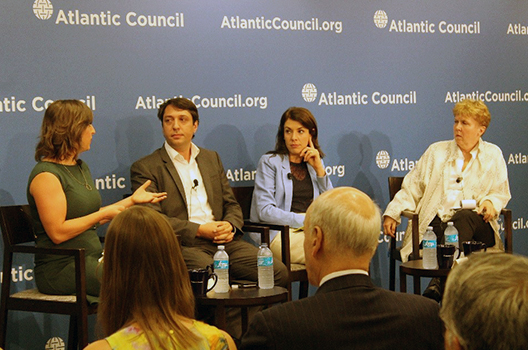 Ransomware attacks crippling business operations and threatening human lives around the globe; accusations of Russian interference in Western elections; reported US sabotage of North Korean missiles. No single invention of the last few decades has so fundamentally changed the nature of political conflict as the Internet, which is increasingly used as a weapon by actors eager to exploit or curtail global connectivity in order to further their interests. This Atlantic Council discussion examined the consequences of the battle for cyberspace among nation states and non-state actors alike, threatening not only our personal data but human lives, global stability, and the fundamentals of the Internet as we know it today. The event also celebrated the launch of Alexander Klimburg’s new book The Darkening Web: The War for Cyberspace.