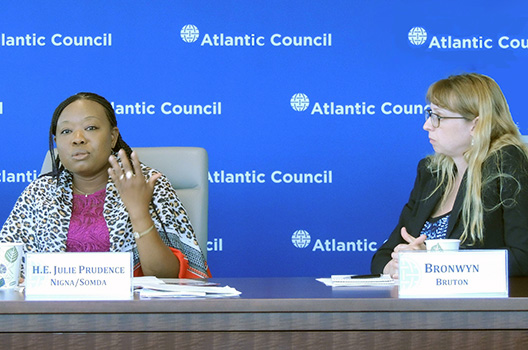 In 2012, the West African nation of Burkina Faso created a Ministry for Human Rights and Civic Promotion to promote physical security, economic prosperity, and access to health and education for all Burkinabé citizens. Since its inception, the ministry has actively promoted gender equity, a focus that is consistent with Ouagadougou’s priorities: a 2009 law mandates that 30 percent of political party nominations be given to women candidates.

Burkina Faso has garnered international notoriety in recent weeks amidst rumors that President Blaise Compaoré, who has governed the country since a 1987 coup, intends to extend his 26 years in office by holding a national referendum to amend the constitution’s presidential term limits.

President Compaoré’s timing is unfortunate for Burkina Faso, which is hoping to renew its Millennium Challenge Corporation (MCC) compact when it expires in July 2014. The government says that MCC funds have been critical in improving land tenure security, boosting agriculture production, and increasing children’s primary school completion rates. Generally, Burkina Faso has scored well on the MCC country scorecard – a tool that grades countries on policy indicators such as economic freedom and quality of governance. But efforts to renew Burkina Faso’s MCC compact are unlikely to gain traction against strong evidence of democratic backsliding.

The Africa Center was pleased to host Her Excellency Julie Prudence Nigna/Somda, Burkinabé minister of human rights and civic promotion, for an off-the-record roundtable discussion focused on the situation of human rights in Burkina Faso. His Excellency Seydou Bouda, ambassador of Burkina Faso to the United States, contributed remarks, and Deputy Director Bronwyn Bruton moderated the discussion for an audience of Department of State, nongovernmental organization, and private industry participants.

Prior to her appointment as Minister for Human Rights and Civic Promotion, Nigna/Somda served as the Ministry’s secretary general and as director of the Promotion of Culture and Gender Tolerance Division. She has a master’s degree in business administration from the Université Nationale du Bénin, and received her law degree from the Université de Ouagadougou.