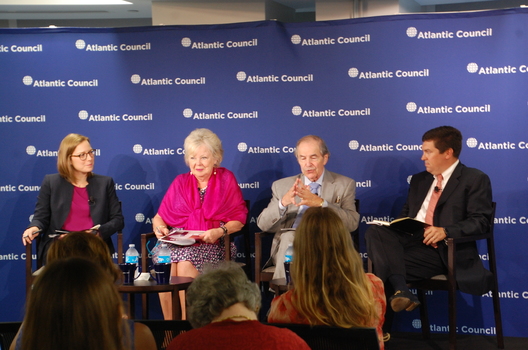 The panel, which included Task Force members Ambassador Mary Carlin Yates, Ambassador Princeton Lyman, and Cameron Hudson, discussed the report and its four key themes. First, the report urges the United States augment its diplomatic efforts, including by dispatching a US ambassador to Sudan as quickly as possible. Second, the report argues for an assessment of remaining sanctions and restrictive measures, including the state sponsor of terrorism designation—in light of both their efficacy and original purpose. Third, the report details Sudan’s fragile economy, recognizing both Sudan’s economic pitfalls and its potential. Lastly, the report calls for prioritizing the Sudanese people—and especially Sudan’s youth. As the United States develops its future Sudan strategy, panel members reinforced the importance of including issues like human rights, religious freedom, and inclusive governance, especially for all of Sudan’s ethnic, religious, and other minorities and marginalized groups.

Kelsey Lilley, associate director of the Atlantic Council’s Africa Center, moderated a discussion with panellists before turning to questions from the audience. The ensuing conversation emphasized the importance of a long-term US strategy for Sudan, as well as some of the difficulties in providing humanitarian assistance and ending the country’s ongoing civil conflicts.