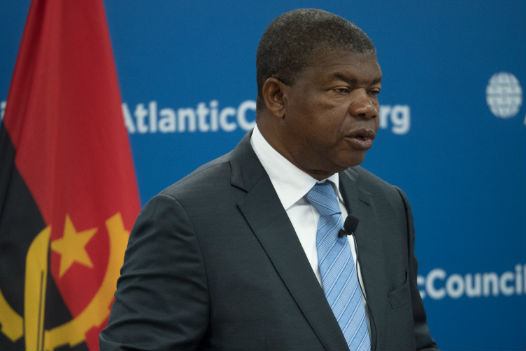 On Thursday, May 18, the Atlantic Council’s Africa Center hosted a roundtable discussion with H.E. João Lourenço, Minister of National Defense of the Republic of Angola.

Lourenço traveled to Washington this week on behalf of President José Eduardo dos Santos to sign a historic Memorandum of Understanding with the United States, represented by US Secretary of Defense Gen James Mattis, USMC (Ret.). The agreement, which was signed on Wednesday, May 17, will deepen bilateral engagement on a variety of security-related matters.

In his remarks, Lourenço underscored the substantial progress Angola has made over the last decade to put its economy on more stable and diversified footing and to tackle corruption. He also discussed Angola’s role in peace and security initiatives in the Great Lakes region, including the ongoing conflict in many provinces of the Democratic Republic of the Congo.

Lourenço was recently named the candidate for the governing Popular Movement for the Liberation of Angola (MPLA) in this year’s presidential elections, scheduled to take place this August. The upcoming elections mark a historic transition, as the longtime president will step down after thirty-eight years in office. In his remarks, he quoted the motto of the MPLA’s campaign when describing his vision for Angola: Melhorar o que está bem, corrigir o que está mal (“Improve what is going well, correct what is bad”).

Image: H.E. João Lourenço, Minister of National Defense of the Republic of Angola, speaks at the Atlantic Council on May 18. Photo by Bradley Howard.