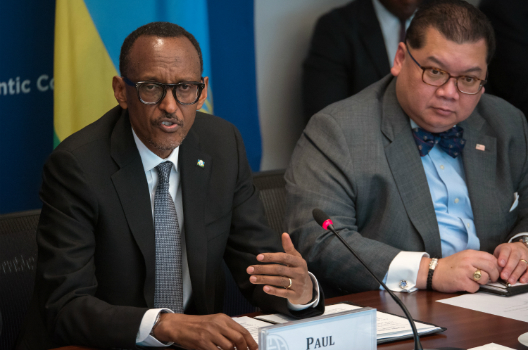 On Monday, March 27, the Atlantic Council’s Africa Center hosted a roundtable discussion with His Excellency Paul Kagame, president of the Republic of Rwanda.

In his opening remarks, Kagame said that African aspirations were “rising,” noting specifically improvements in governance, economic reform, and improved well-being across the continent, all of which are increasingly demanded by African citizens. He pointed to the peaceful resolution of the political crisis in the Gambia as an example of what African-led regional organizations can do, and he expressed hope that, increasingly, mutual partnerships between African countries and the West will replace one-way development initiatives.