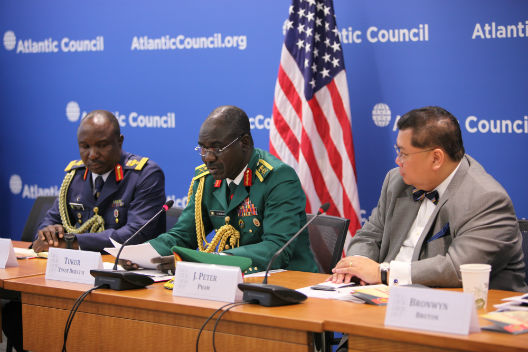 On Tuesday, September 13, the Africa Center hosted a roundtable discussion with Lieutenant General Tukur Yusuf Buratai, chief of the army staff of the Federal Republic of Nigeria, who gave participants an update on the country’s war against Boko Haram.

Buratai detailed his priorities in ongoing operations against Boko Haram, specifically noting the military’s shift under President Muhammadu Buhari to adopt a more aggressive and offensive posture against the terrorist insurgents. He also detailed the mechanisms that the military has put into place to improve accountability and strengthen its respect of human rights.