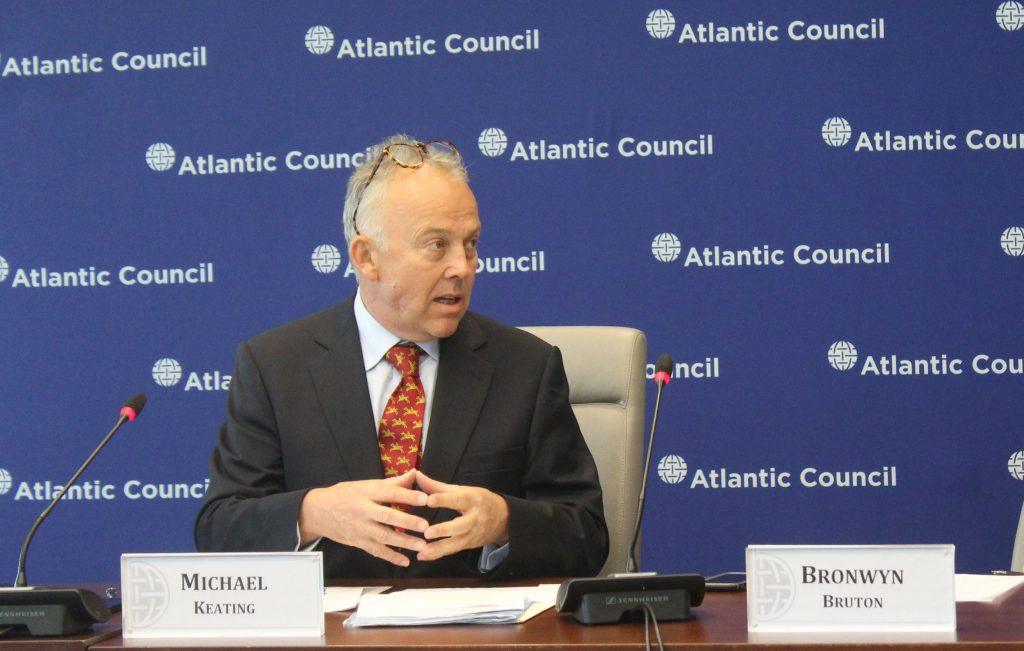 On Wednesday, April 19, the Atlantic Council’s Africa Center hosted an expert’s roundtable with Michael Keating, special representative of the UN secretary-general for Somalia and head of the United Nations Assistance Mission in Somalia.

Somalia recently concluded its presidential selection process, and now faces the challenge of completing a constitutional review and finalizing details for the country’s re-constituted security forces. All this takes place amid renewed international conversations about the status of the African Union-led peacekeeping mission (AMISOM), a key player in the fight against al-Shabaab.

In his remarks, Keating detailed the UN’s role in supporting Somali and AU security forces, and in providing humanitarian assistance to the millions of Somalis in need of emergency food aid. He also commended the recent agreement between the Somali federal government and  the country’s federal member states to form a National Security Council and undertake a series of security-related reforms.