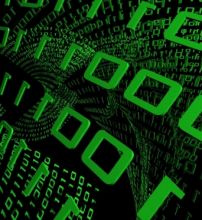 As the crisis in Crimea that has undermined the West’s relationship with Russia proliferates, many have questioned what tools the West can utilize to deter Russia against further aggression, support the fledgling Ukrainian government, and deescalate hostilities before the limited conflict turns into war. One of the United States and other European countries’ primary tools lies in the realm of cyber capabilities.

On Monday, March 10, 2014 a delegation of international journalists with the US Mission to NATO met with senior members of the Brent Scowcroft Center on International Security to discuss the role of cyber tools in the Ukrainian crisis.

The discussion illustrated the potential for cyber operations that the United States and other members of the international community could utilize to combat Russian aggression, in addition to analyzing the very limited use of cyber instruments in the conflict to date. As NATO lacks offensive cyber capabilities, any use of cyber technology to counter Russia in Ukraine would have to stem from an individual member state outside of the NATO framework. However, a major concern for Alliance members contemplating the offensive use of cyber technologies is the risk of escalating the conflict in the political, economic, and military spheres.

This discussion featured journalists from Belgium, Czech Republic, France, Japan, Kuwait, Lithuania, The Netherlands, and the United Kingdom. It was moderated by Jason Healey, Director of the Cyber Statecraft Initiative in the Atlantic Council’s Brent Scowcroft Center on International Security.