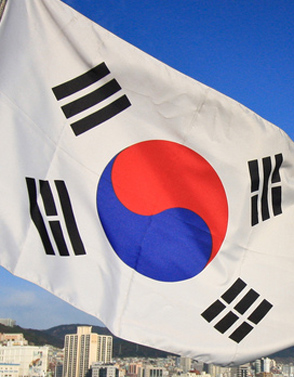 The US-Republic of Korea Defense Treaty, which continues to serve as the cornerstone of the bilateral alliance and underwrite its central role in Washington’s rebalance strategy to the Asia-Pacific, marked its 60th anniversary in 2013. Through extended deterrence and the full range of conventional and nuclear US military capabilities, the United States remains dedicated to the defense of South Korea and to peace and stability on the Korean Peninsula and the broader East Asian region. A not-for-attribution roundtable briefing hosted by the Atlantic Council’s Brent Scowcroft Center on International Security gathered leading experts in the field to discuss the strategic challenges and opportunities the alliance and US extended deterrence in East Asia are likely to face in the future.

The discussion highlighted the importance of the bilateral alliance with South Koreaand the US-Korea-Japan trilateral cooperation mechanisms, which currently remain challenged by the tense political and historical dynamics between Korea and Japan. In addition, the participants raised concerns regarding the impulsive behavior of the North Korean regime, which lacks long-term vision and continues to be challenged by internal power competition. Further, the discussion focused on the future of the US-Korea alliance after the transfer of Operational Control (OPCON) of Korean forces from the United States to South Korea in 2015, prospects for South Korea’s ballistic missile defense systems, as well as the role of the integrated Combined Forces Command (CFC) unit and US forces in Korea.

The workshop took place as part of the Atlantic Council’s project “Strengthening US Extended Deterrence in East Asia,” which is funded by the MacArthur Foundation to study the credibility and effectiveness of US extended deterrence in the region’s dynamic strategic environment.