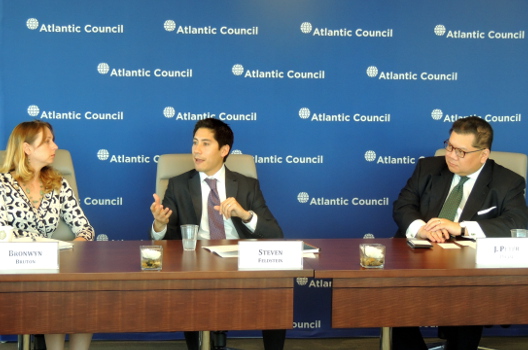 In his remarks in October at the Atlantic Council, US Special Envoy for Sudan and South Sudan Donald Booth affirmed the US government’s willingness to engage with Khartoum in talks, effectively extending an olive branch to the Sudanese government. Still, obstacles to improved US-Sudan relations remain, including a stalled national dialogue process; continuing conflict in Darfur, Blue Nile, and South Kordofan; and ongoing concerns about human rights throughout the country.

On March 17, the Atlantic Council’s Africa Center hosted an off-the-record roundtable with Steven Feldstein, Deputy Assistant Secretary in the Bureau of Democracy, Human Rights, and Labor at the US Department of State, to discuss the state of human rights and democracy in Sudan. After an introduction by Director J. Peter Pham, Feldstein discussed his recent fact-finding trip to the country, the concerns he expressed to Sudanese government officials about furthering human rights and democracy, as well as his meetings with human rights defenders and other representatives of civil society.