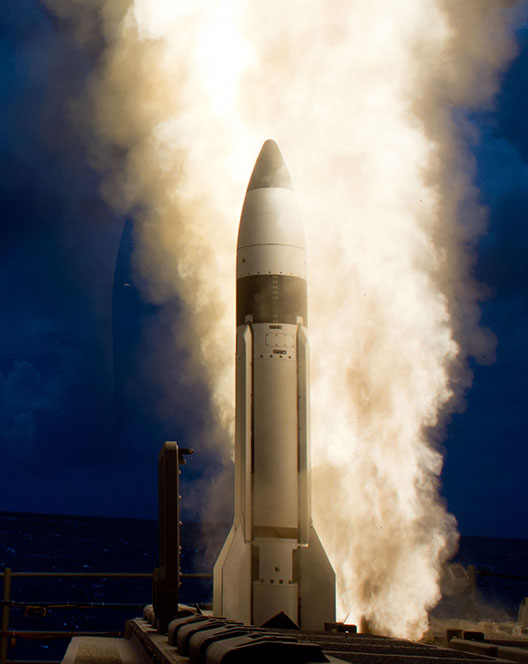 After a full day of discussion on the regional aspects of missile defense, the conference’s capstone panel looked at missile defense in the world of 2030. James N. Miller, former under secretary of defense for policy and Atlantic Council board director, Robert Stein, a senior fellow of the US Defense Science Board, and Dean Wilkening, a physicist at Lawrence Livermore National Laboratory, discussed global trends and their implications for the use of missile defense by state and non-state actors as well as, possibly, individuals.

Miller began the discussion by mentioning that it “remains to be seen” if missile technology will keep up with missile defense. In that environment, the United States still has many advantages, and Washington should look to keep those advantages over the next fifteen years. Among the priorities the United States should seek is the European Phased Adaptive Approach (EPAA) and protecting against cyber and intellectual property theft, which could harm the command and control of US missiles.

Wilkening, when prompted about the possible change we could see by 2030, sounded a skeptical tone. Fifteen years is not a lot of time; in fact, it’s “one product cycle,” he said. Thus, the world should expect “evolutionary developments” by 2030, not “revolutionary developments.” However, we may see an important new capability in space-based sensors. Further, we will likely see lasers and rail guns used more often, but mostly for niche applications such as point defense of airfields and ships.

Speaking last, Stein stated that the United States and its allies and partners must make missile defense cyber and electronic warfare proof. The danger of an adversary hacking into our missile defense systems is real and would negate all the progress made by 2030 in this space. When the moderator Barry Pavel asked if individuals or non-state groups might use these systems for their own benefit, Stein was not confident. He said he does not worry about ballistic missiles in the hands of individuals because they require too much infrastructure. Instead, he worries about those entities using land-attack missiles serving a political and not military purpose. States might also do that, escalating and diluting the true purpose of missile defense.

Based on the speakers’ comments, we should not expect too much different by 2030 in terms of missile defense. While we can expect more-improved systems, greater political and technical integration of the systems, and, perhaps, greater diffusion of these systems to non-state actors, there will be no drastic change. That said, the world of 1999 was much different than today’s 2014 world in terms of military capabilities. It is not impossible, then, to imagine that 2030 will have some surprises that those attending and speaking at the conference did not foresee.

This panel was part of the Atlantic Council’s annual conference on the United States and Global Missile Defense which focuses on recent developments in missile defense architectures in Europe, the Middle East, and Asia and how global missile defense is likely to look in the year 2030.