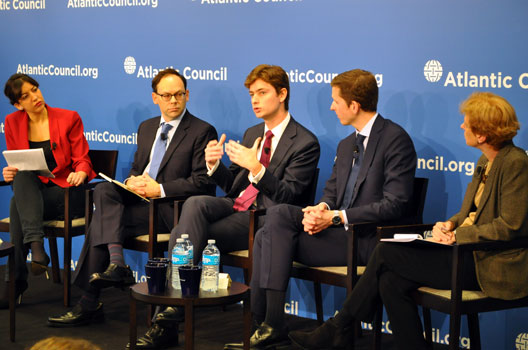 As France looks ahead to its 2017 presidential elections, one of many elections throughout Europe next year, the electorate’s decision will set the tone for the future of Europe, either encouraging or halting the spread of populism throughout the transatlantic community, said an expert on French public policy.

In introductory remarks at an event at the Atlantic Council on December 13, Dominique Moïsi, a senior counsellor at the Institut Montaigne, said: “The importance of France today can be summarized in one formula: the French… can demonstrate that the victory of populism is not irresistible. That somewhere you can say no to the temptation of populism.” Ultimately, “France will assume responsibility for the liberal democratic order,” he added.

“On the heels of a wave of electoral shocks across the transatlantic community,” such as the vote in favor of the United Kingdom leaving the European Union and Donald Trump’s election as the next president of the United States, the wave of elections in Europe presents a “critical juncture,” said Damon Wilson, executive vice president of programs and strategy at the Atlantic Council.

Click here to read the rest of the article in the New Atlanticist.