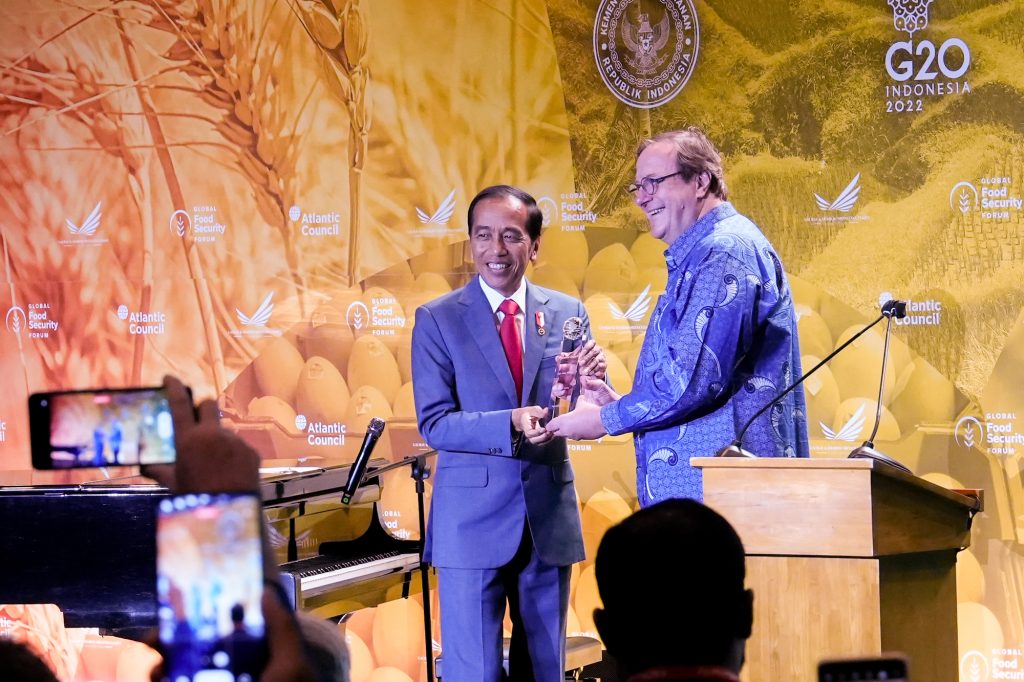 FREDERICK KEMPE: Some of you in the audience know me: This is not only the first day in my life I’ve worn batik; it is the first time that any president of the Atlantic Council in our sixty-year history has worn batik, and so we do that in your country and in honor of you.

Starting as a businessman and mayor in your home city, Surakarta in 2005, President Jokowi entered politics with the aim to work for the people. He devoted himself to eradicating poverty, reducing crime, paying spontaneous visits to poor neighborhoods and marketplaces, always ready to hear people’s voices from up close. Your refusal to accept salary for public work and your competence in transforming the city into a vibrant tourist destination won the population of Surakarta’s heart, and you were re-elected as mayor in 2010 with more than 90 percent of the vote.

Your determination to serve continued throughout your career, and you became the governor of Jakarta, and then the president of Indonesia in 2014. You were the first Indonesian president without a military or elite political background, and your victory symbolized the victory of democracy—the victory of democracy in this country of over 17,000 islands, 300 ethnic groups, and 273 million people and counting.

We will all witness your leadership here at the G20, as you bring countries together at a particularly difficult moment in the world community, in solving the most pressing challenges today in health, climate change, economic recessions, and geopolitical tensions that have us all on edge—to recover together and to recover stronger.

President Widodo is not just a man of the people of Indonesia, he’s also become a global citizen who embodies the spirit of global cooperation, a catalyst for collective prosperity and peace, and that is why the Atlantic Council and its jury voted to honor you with our highest honor. It’s now my pleasure to present the [2022] Atlantic Council Distinguished Global Citizen Award. President Joko Widodo of Indonesia, a man of the people, a global leader, a global citizen president.

PRESIDENT JOKO WIDODO: First of all, I would like to extend my highest appreciation for this award, the Global Citizen Award, from the Atlantic Council. I have never thought earlier that I would receive this award. So far what I’ve done… I’m doing my best. I’m working and doing my best with full responsibility, to uphold the values of humanity. Living in Indonesia, consisting of more than 17,000 islands, hundreds of ethnic groups, 162 local languages, Indonesia upholds the values of tolerance, peace, unity, and cooperation.

As a leader, I love visiting villages, I love visiting rural areas, and I also love visiting traditional markets. And since I was a child, I was taught being humble, to live modestly. And I’ve seen some people living in village or rural areas living in difficult situations, and therefore, I keep trying to do my best for the interests of common people and also for the interest of the state. The world should be built with tolerance, respect toward each other. The presidency of Indonesia in [the] G20 this year, and also we have [received] the [chairmanship] of ASEAN starting from next year. Ladies and gentlemen, once again, I would like to thank you for this Global Citizen Award that has been awarded to me. This will continually motivate me and also the government of the Republic of Indonesia to hold our responsibilities as part of the solution for the global world. 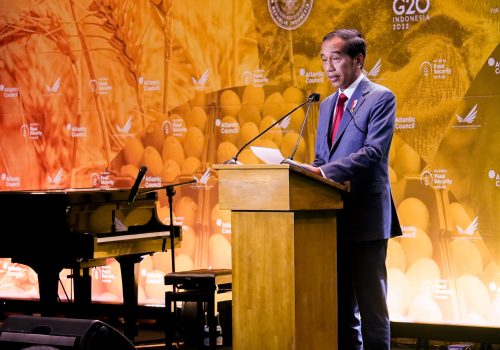 Setting the G20 agenda for food security: Experts and policymakers gather in Bali to find solutions to an urgent challenge 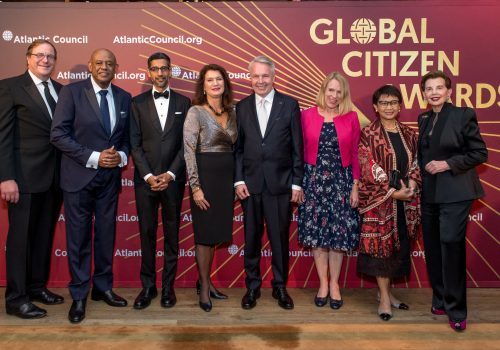 Since February, the transatlantic community has rallied behind Ukraine—and strengthened the alliance. Our Global Citizen Awards honor the leaders behind it all. 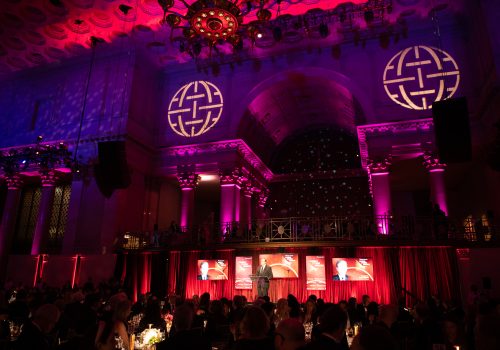 The 2022 Global Citizen Awards: Honoring the bridge-builders and peacemakers in a time of war