The Biden administration came into office pledging to strengthen democracy at home and abroad. And it’s quickly confronted two big challenges on that front: a coup in Myanmar and the arrest of the Kremlin’s top critic, Alexei Navalny. On Tuesday a Moscow court sentenced Navalny to more than two and a half years in prison, just months after he was poisoned by a nerve agent at the suspected direction of the Kremlin. How should the US and its allies respond?

What the US and its allies can do next

But will it work? 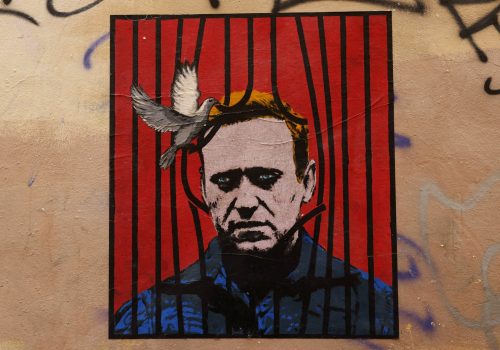 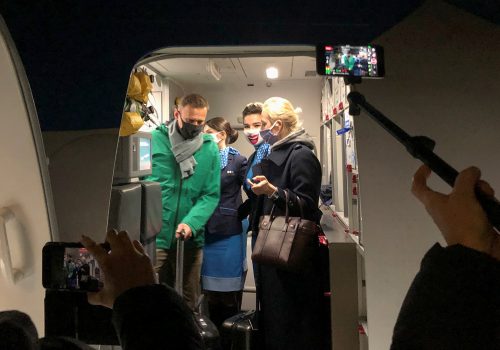 Navalny’s arrest is Biden’s first big test. Here’s how he can pass it.

What happens next matters. The US response (or lack of response) will show how much Russian President Vladimir Putin’s internal repression—including assassinations—will factor into the Biden team’s overall Russia policy. The trick for the Biden administration will be to respond with sufficient firmness and cross-Atlantic coordination to puncture Putin’s apparent sense of impunity while leaving space for cooperation with Russia where that makes sense. 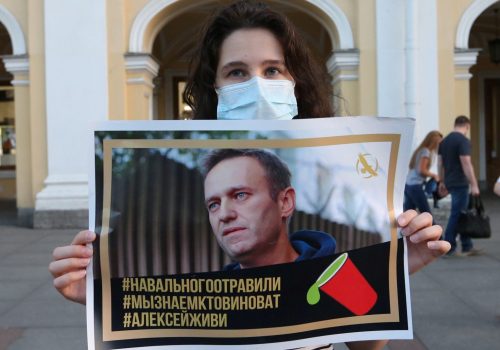 Expert Opinion: What does the suspected poisoning of Russian opposition leader and anti-corruption activist Alexey Navalny tell us about the current political climate in Putin’s Russia?

Image: Russian opposition leader Alexei Navalny, who is accused of flouting the terms of a suspended sentence for embezzlement, inside a defendant dock during the announcement of a court verdict in Moscow, Russia February 2, 2021. Press service of Simonovsky District Court/Handout via REUTERS