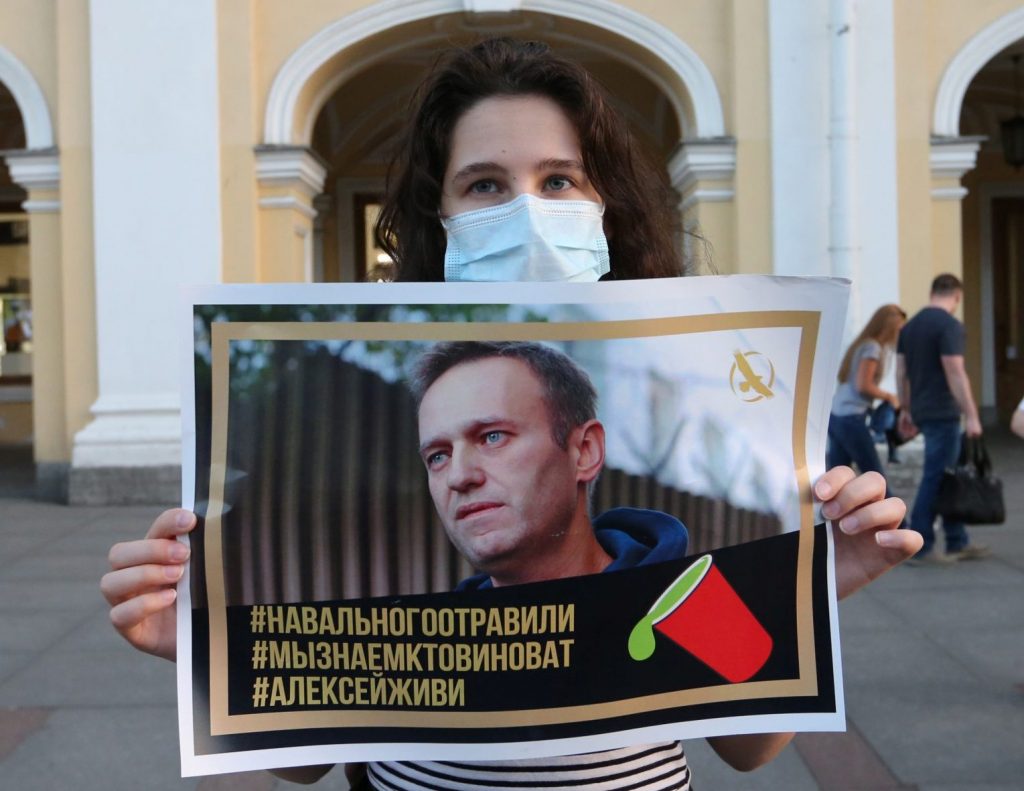 Russian opposition leader Alexey Navalny was rushed to hospital in the Siberian city of Omsk on August 20 after being taken ill with suspected poisoning while on a flight to Moscow. Navalny remains in a coma, with Russian doctors currently refuting reports of a poisoning diagnosis amid preparations to take him to Germany for further medical treatment.

The incident has inevitably sparked comparisons with the long list of Russian opposition figures and other enemies of the Kremlin who have been poisoned during Vladimir Putin’s 20-year reign. High-profile victims have included Alexander Litvinenko and Sergei Skripal, who were both poisoned in the UK, and former Ukrainian leader Viktor Yushchenko, who was targeted as he ran for the Ukrainian presidency in 2004.

Inevitably, Putin has quickly emerged as the prime suspect in the suspected Navalny poisoning. The Russian ruler certainly has no shortage of motives for wanting his most prominent domestic critic silenced. Protests in Russia’s restive Far East over Moscow’s decision to arrest a popular local governor are now in their second month, while an unprecedented pro-democracy uprising in neighboring Belarus is currently threatening to unseat longtime Putin ally and fellow post-Soviet dictator Alyaksandr Lukashenka.

Putin has long feared the prospect of a Ukraine-style Maidan revolution in Russia itself. With unrest growing on the eastern and western fringes of the country, and with his own approval ratings experiencing a period of sustained decline, Putin may now feel that the time is right to remove Navalny, who is one of the few public figures in today’s Russia with the potential to lead a nationwide anti-regime protest movement.

If past experience is any indication, we will never learn the details of Navalny’s suspected poisoning or the identities of those responsible. Given his work as an anti-corruption activist, it is also important to note that Navalny was not short of enemies. Nevertheless, the nature of the alleged poisoning and the subsequent conduct of doctors in Omsk strongly suggest that this was yet another state-sanctioned poisoning attempt.

What does the suspected poisoning of Alexey Navalny tell us about the current political climate in Putin’s Russia?

John Herbst, Director, Eurasia Center, Atlantic Council: Once again the Kremlin special services have demonstrated their fondness for poisoning as a way to deal with inconvenient individuals. This time it was Alexey Navalny, who apparently drank poisoned tea in Siberia while preparing for regional elections. Navalny has been more than a thorn in the Kremlin’s side for years. Why take him off the table now? Two reasons come to mind: Khabarovsk and Minsk. The demonstrations in Khabarovsk have been going on for over a month. While directed against the arrest of popular governor Furgal, they have also started to target Moscow’s federal policy that makes it easy for the center to micromanage the regions. And other cities in Siberia and the Far East have held sympathy protests with Khabarovsk. In short, the upcoming elections may be a vulnerability. And Belarus is seething. Reports are that Moscow has dispatched experts to reopen Belarusian state TV in the wake of a strike; and the deployment of Russian troops to end the unrest is certainly a prospect. Removing an effective operator like Navalny reduces risk to the Kremlin in regard to both problems.

David Kramer, Senior Fellow, Florida International University: The alarming news that Russian opposition leader Alexey Navalny became ill from a possible poisoning while on a flight to Moscow from Tomsk naturally leads one to suspect Kremlin involvement. Over the years, prominent Russian opposition figures, journalists and former spies – from Boris Nemtsov and Anna Politkovskaya to Alexander Litvinenko and Sergei Skripal – have been frequent targets of assassination or attempted assassination. Those responsible for ordering the hits, which invariably seem to benefit the Kremlin, are never brought to justice. Expectations for finding out who is responsible for Navalny’s poisoning should similarly be kept very low. After all, Russian authorities this week were busy sentencing an anti-Kremlin activist to two years in prison for displaying a life-size mannequin of President Putin in a striped prison jumpsuit on a street in the city of Perm. Killing and poisoning Putin’s critics will score you points with the Kremlin; ridiculing Putin, by contrast, will get you jail time.

Melinda Haring, Deputy Director, Eurasia Center, Atlantic Council: It’s too soon to write off the poisoning of top Russian opposition leader Alexey Navalny as another Kremlin crime. Navalny was not only an opposition leader but also a crusading anti-corruption activist who had many, many enemies. The Russian state needs to solve the crime, but more importantly, Vladimir Putin and his government must allow Mrs. Navalny unimpeded access to her husband and allow Navalny to be transported to a Western hospital that can run tests as soon as possible. I pray for Navalny’s health and speedy recovery, and wish the Navalny family courage and comfort during this tragic time.

Michael Carpenter, Managing Director, Penn Biden Center: Navalny’s poisoning is a vicious act by a regime that fears independent thinkers and critics. Too many brave Russians including independent journalists like Paul Klebnikov, human rights activists like Natalia Estemirova, and opposition leaders like Boris Nemtsov have been killed for speaking truth to power. Let’s hope Navalny survives and doesn’t become another name on this already-long list of murdered dissidents. These brave souls belie the notion voiced by some Western pundits that Vladimir Putin could win elections even without the benefit of his repressive apparatus. If that were true, his regime wouldn’t resort to poisoning its most popular critics.

Brian O’Toole, Nonresident Senior Fellow, Atlantic Council: The poisoning of Alexey Navalny, the anti-corruption campaigner and harsh critic of Russian President Vladimir Putin, could be seen as just another example of the ever-opportunistic Putin taking advantage of a West distracted by the upheaval in Belarus and a pliable US administration under President Trump in order to take out his chief domestic adversary. However, assuming the poisoning is confirmed, I see this as a panicked move by an increasingly unpopular autocrat. Navalny’s efforts to serve as a thorn in Putin’s side rarely let up. Unlike many of Putin’s other antagonists, he actually lives in Russia. So why now? Perhaps Putin sees the revolt currently underway in Belarus as a serious threat to his iron grip on Russia, especially given his slipping poll numbers in recent years. He may also be wary of the poll numbers in the United States that suggest an upcoming loss for President Trump, a key global supporter. Putin is frequently prone to lashing out, but this smacks more of desperation than of a well thought-out plan to remove a key opponent. And despite the West’s distraction, the Russian people may make him pay for it.

Image: A woman shows her support for Russian opposition leader Alexey Navalny in Saint Petersburg, Russia. Her poster reads: "Navalny was poisoned. We know who is to blame. Live, Alexey." August 20, 2020. REUTERS/Igor Russak