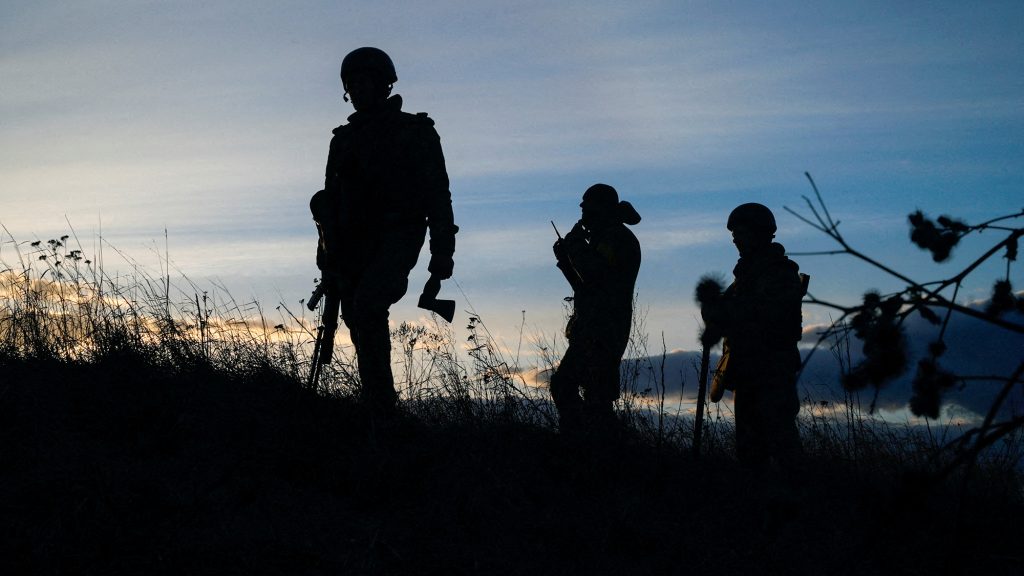 First, the crisis over Ukraine is about Russian President Vladimir Putin, suffering from what historians refer to as a rationality slippage that comes with twenty-two years of autocratic power. Having grown more rigid and isolated with time—surrounded by sycophants and facing unanticipated Ukrainian resistance—he is doubling down on his premeditated, unprovoked, illegal, and immoral war.

Second, however, the crisis is even more about the West and whether we can reverse the slippage in purposefulness among Western democracies of the past three decades, underscored by democratic decline around the world since 2006. Putin is the result of our mass amnesia about what despots do when they are appeased for too long. Ukraine is the immediate, but not only, victim.

We responded too little after Russia’s cyberattack on Estonia in 2007, its Georgian invasion in 2008, its annexation of Crimea and Donbas military intervention in 2014; its ongoing cyber and disinformation attacks on the United States and other democracies; its repression and assassination of opponents; and now this unfolding international crime scene in Ukraine.

A flurry of weekend announcements signals a tectonic shift in Europe and no less significant a move within the Biden administration to a more assertive posture, suggesting a growing realization that Putin’s aggressions are as much a danger to Europe’s future as they are to Ukraine.

This weekend, the European Union and the Group of Seven countries announced unprecedented, major economic sanctions against Russia. “Never before has a Group of Twenty economy had its foreign assets frozen,” said Josh Lipsky, director of the Atlantic Council’s GeoEconomics Center. “It could cripple the commercial banking system, which is already coming under heavy strain from sanctions, and cause the ruble to weaken precipitously when markets open Monday.”

The moves included removing select Russian banks from the SWIFT system, thus undermining their ability to act globally; measures that will prevent the Russian Central Bank from deploying its reserves in ways that could undermine the impact of sanctions; and a crackdown on “golden passports” that have allowed wealthy Russians to gain access to Western financial systems.

That was accompanied by German Chancellor Olaf Scholz’s announcement of a groundbreaking decision to arm Ukraine with anti-tank weapons and anti-aircraft missiles, followed by his Sunday decision to increase defense spending to more than 2 percent of Germany’s gross domestic product with a $100 billion special fund for defense investments.

“The Russian invasion marks a turning point,” Scholz tweeted on Saturday. “It is our duty to support Ukraine to the best of our ability in defending against Putin’s invading army.“

That, in turn, came alongside US Secretary of State Antony Blinken’s release of a further $350 million in military support to Ukraine, signaling US President Joe Biden’s growing understanding that his legacy is on the line.

Third, of course, the crisis is most immediately about Ukraine, a democratic country of 44 million that became independent after the dissolution of the Soviet Union in late 1991. Ukraine’s primary threat to Moscow since then has been its example of independence, freedom, and prosperity, one that Putin is trying to snuff out with lies that its Jewish President Volodymyr Zelenskyy and his government are a “gang of drug addicts and neo-Nazis.”

Zelenskyy has emerged as an unlikely hero, refusing to leave the country’s capital of Kyiv despite the danger to his life. After US officials offered to evacuate him, Zelenskyy instead said he needed ammunition and “not a ride.”

That said, there is little doubt that Putin will double down in the days to come rather than accept defeat. He has only scratched the surface of what harm his 190,000 deployed troops can wreak. Putin’s ill-advised war now threatens his own survival. And just now he put Russia’s nuclear deterrent forces on high alert in a further brazen attempt to threaten the world.

“If fierce Ukrainian resistance leads to a long and bloody war,” wrote the Wall Street Journal’s Yaroslav Trofimov from Kyiv, “or forces Mr. Putin to seek to end the fighting without achieving his goals—the setback could threaten both his hold on power in Moscow and his drive to restore Russia as a global power.”

Conversely, if Putin is not stopped, his armies will have moved that much closer to the most exposed NATO members, who were once “captive nations” of the Soviet bloc but are now members of the European Union: Estonia, Latvia, Lithuania, Poland, Romania, and Bulgaria. There’s a gathering consensus, driving the actions of this weekend, that Putin would not stop at Ukraine.

Perhaps it now and again takes a brave people like the Ukrainians to remind us of the freedoms we too often take for granted. For me as a reporter in Eastern and Central Europe in the 1980s, it was a role that the Polish people and the Polish pope played during the final years of the Cold War.

At the Munich Security Conference a few days ago, the most inspiring moment of the weekend for me was a small, private dinner with Ukrainian parliamentarians in their thirties or younger.

One after the other, they spoke with the passion of individuals who understood they were on the front lines of freedom, appealing to their European and American colleagues to defend the Ukrainian democracy they had inspired.

One parliamentarian, a young woman who the next day would return to her family in Ukraine for the war’s beginning, spoke of commitments made to Ukraine in the Budapest Memorandum of 1994. It was then that the United States, United Kingdom, and Russia offered security guarantees to Ukraine in exchange for Ukraine’s agreement to return all its 1,800 nuclear weapons to Russia.

Her message: Ukraine had delivered on its commitments, and now it was time for the United States and its partners to deliver on theirs.

As David Ignatius explains in this must-read analysis, Putin’s invasion of Ukraine has shattered the post-Cold War order—and the new one that emerges will depend heavily on whether Putin succeeds or fails.

Writes Ignatius, “the Ukraine assault, pitting a messianic Russian autocrat against the wishes of every other major nation, perhaps including China, will determine the shape of the new order to come. If Putin loses his battle to subjugate Ukraine, the new order will have a solid and promising foundation. If Putin wins, the new era will be very dangerous indeed.” Read more →

As Russia continues its Ukraine invasion, there’s little more important to watch than how Chinese President Xi Jinping reacts. As Lingling Wei reports in the Wall Street Journal, the Chinese government refused to heed the West’s warnings about Putin’s intentions in Ukraine and now finds itself trapped between supporting its authoritarian partner and presenting itself as the guiding force of a Chinese-led international system.

“Since the invasion,” Wei writes, “China has been stuck in an increasingly difficult diplomatic straddle. It needs to honor its partnership with Russia—one that both sides a few weeks ago said has ‘no limits’—while not abandoning its commitment to foreign-policy principles around noninterference, which would require it to unequivocally condemn the Russian assault. Adding to its balancing act is a desire to prevent its relations with the US and Europe from going completely off the rails.”

Keep a very close eye on China as this plays out. Read more →

Putin, James Hershberg argues in Foreign Affairs, has repeated the mistake of the Soviet Union by acting with the kind of ruthless aggressiveness that has always pushed NATO closer together.

As Hershberg writes, in 1956 NATO teetered after the fallout of the Suez crisis, but with Soviet tanks rolling through Hungary, “Moscow’s assault reminded the alliance why it existed. Despite numerous, recurrent strains within NATO over the ensuing decades, the alliance persisted for the rest of the Cold War. Periodic demonstrations of the Soviet peril—the Kremlin’s renewed designs on West Berlin (the second Berlin crisis, lasting from 1958 to 1961), the invasions of Czechoslovakia (in 1968) and Afghanistan (in 1979), and threats to invade Poland (in 1980–81)—strengthened the alliance’s cohesion.”

Putin himself, Hershberg notes, referred to the Soviet Union’s violent suppressions of uprisings in East Germany, Hungary, and Czechoslovakia as “mistakes” shortly after he came to power in Russia. Now he is giving new purpose to the very alliance he hoped to unravel.” Read more →

Amidst the catastrophe Russia is inflicting upon Ukraine, read this powerful Anne Applebaum piece to understand a sense of what she calls “Ukrainianness,” and the resilience of the Ukrainian people across centuries of oppression.

Ukraine, Applebaum writes, is under attack because “like the Russian czars before him—like Stalin, like Lenin—Putin also perceives Ukrainianness as a threat. Not a military threat, but an ideological threat. Ukraine’s determination to become a democracy is a genuine challenge to Putin’s nostalgic, imperial political project: the creation of an autocratic kleptocracy, in which he is all-powerful, within something approximating the old Soviet empire.”

“I am not romantic about Zelenskyy,” Applebuam adds, “nor am I under any illusions about Ukraine, a nation of 40 million people, among them the same percentages of good and bad people, brave and cowardly people, as anywhere else. But at this moment in history, something unusual is happening there. Among those 40 million, a significant number—at all levels of society, all across the country, in every field of endeavor—aspire to create a fairer, freer, more prosperous country than any they have inhabited in the past.”

It is a powerful reminder of the normalcy and humanity Putin so brutally seeks to upend—and that Ukraine so desperately fights to preserve. Read more →

#5 We Have Never Been Here Before
Thomas L. Friedman | NEW YORK TIMES

“Our world is not going to be the same again because this war has no historical parallel,” writes Thomas Friedman, one of the rare minds who can put together our digital world and our new geopolitics. “It is a raw, 18th-century-style land grab by a superpower—but in a 21st-century globalized world. This is the first war that will be covered on TikTok by super-empowered individuals armed only with smartphones…”

This long essay is worth reading in its entirety.

As Friedman writes, “Welcome to World War Wired—the first war in a totally interconnected world. This will be the Cossacks meet the World Wide Web… You haven’t been here before.” Read more →

Experts React: Russia has launched a war against Ukraine. How can the West fight back?

Our experts are weighing in with their thoughts about where this conflict is going and how the West can fight back.

As Russia further escalates its military intervention in Ukraine, check back here for the latest insights, analysis, and reporting from the Atlantic Council’s experts as events unfold.