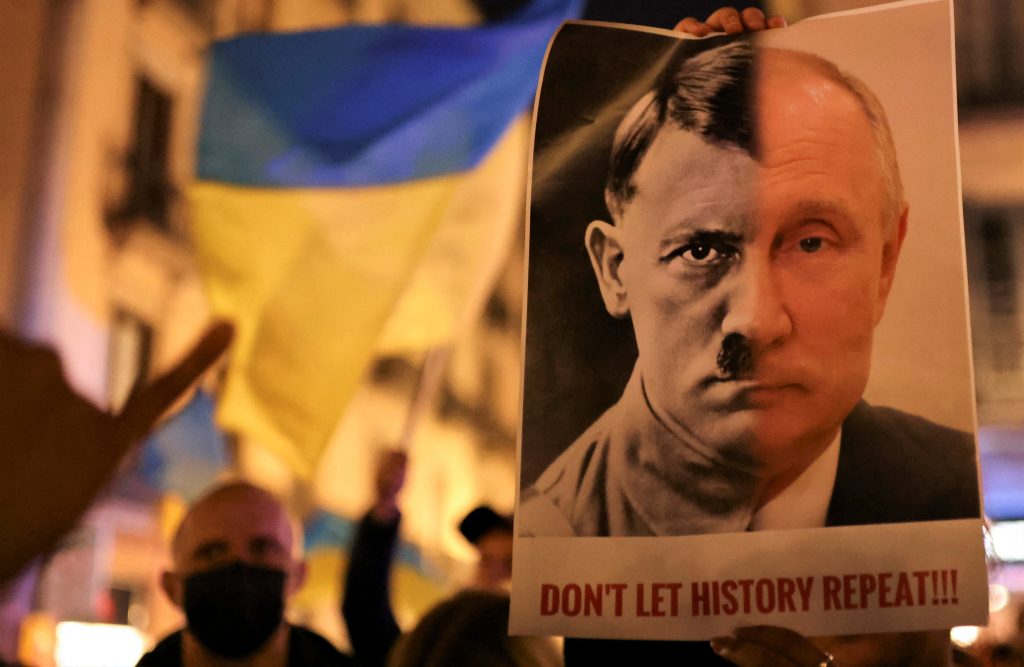 Until Vladimir Putin lunched a full-scale invasion of Ukraine in the early hours of February 24, he was winning his standoff with the West. He had compelled the United States and Europe to take his demands seriously; he experienced the pleasure of being treated as the leader of a great power; and he had succeeded in intimidating the Ukrainians as well as Russia’s other neighboring states and the wider world.

All he had to do to solidify his victory was to recognize the independence of the so-called separatist republics in the Donbas, acknowledge that Ukraine’s chances of joining NATO were nil, and continue his creeping subversion of Ukraine in the expectation that, sooner or later, it would drift back into Russia’s orbit.

And then he blew it all by invading Ukraine.

Overnight, Russia became a pariah state. The West has already imposed an expanding range of sanctions with more expected. International opinion has almost unanimously condemned Putin’s war of aggression, and thousands of his own citizens have expressed their opposition to the war in demonstrations and petitions.

Most importantly, Ukrainians have fought back, fiercely. This was something Putin probably did not expect. In his initial announcement of a “special military operation,” Putin called on Ukrainian soldiers to lay down their arms, not out of concern for their lives, but because he truly believed they would be happy to do so. But they weren’t and they didn’t. Instead, they have inflicted punishing losses on his invasion force and have inspired the watching world with their courage.

Now the supposed chess grandmaster Putin has effectively maneuvered himself into an unwinnable position. Ukrainians throughout the entire country, regardless of the language they prefer to speak, their religion or ethnic background, have rallied around the flag. Tens of thousands have volunteered for territorial defense units. Many more have donated blood. Untold others have handed over their savings to help finance the defense of the country. An historic wave of patriotic fervor has gripped Ukraine.

The Ukrainian nation has been joined by diaspora Ukrainians, who are now busy staging rallies and fundraising for their homeland. All these Ukrainians now consider themselves part of a modern Ukrainian nation that is as diverse as it is united in its opposition to Putin and everything he stands for: namely dictatorship and vassalage. Ukrainians have demonstrated that they love their country, despite all its extant faults, and that they are willing to sacrifice greatly for it.

Ukraine’s dramatic show of wartime unity and national strength is exceptionally inconvenient for Putin. In his increasingly unhinged attempts to justify his war, the Russian ruler has claimed to be fighting against a ragtag band of “fascists,” “Nazis,” and “drug addicts” who represent no one but their own interests and their “paymasters” in the West. As it turns out, Putin has declared war on a patriotic nation of more than 40 million people in a country the size of France.

His options are now all bad. He could still physically destroy Ukraine and commit a massive genocide against its inhabitants, but even the craziest of Russian imperialists would probably balk at the idea of what would be the most colossal atrocity in human history.

Putin may yet try to establish a puppet Ukrainian regime in Kyiv that would be happy to do his bidding, as intelligence reports have long predicted. However, that would mean occupying a huge country indefinitely. This would probably require around a million soldiers, all of whom would become targets of a Ukrainian resistance movement that would be sure to emerge.

Alternatively, Putin could try to work out some kind of deal with the current Ukrainian administration, but that would mean effectively admitting to his inner circle if not to the Russian people that his bloody enterprise had actually achieved nothing that negotiations could not have produced at far smaller cost.

Why did Putin act so stupidly? One answer is that he may have lost touch with reality after hiding from COVID-19 in a bunker for two years. Another is that, as the unchallenged boss of the Kremlin for more than two decades, his advisors are reluctant to tell him what they fear may upset him.

Putin’s recent meeting of the Russian Security Council was particularly revealing of the dangerously dysfunctional power dynamics in the Kremlin, with Putin alone on a throne-like seat while his minions sat across the vast hall on wooden chairs, facing him like schoolchildren.

Another possibility is that he has completely bought into the Russian imperial and Soviet historical propaganda narratives that have traditionally consigned Ukrainians to somewhere between non-existence or the status of Russia’s subservient younger brother. It’s quite possible that this ideology has blinded Putin and many of his supporters to the reality of a Ukrainian nation with its own interests and culture.

Putin has therefore lost. Ukraine and Ukrainians will suffer terribly from his criminal invasion, but they will survive and emerge as a strong, modern nation. Putin, in contrast, faces a far more uncertain future following this senseless war.

Alexander Motyl is a professor of political science at Rutgers University-Newark.

Image: A person holds a banner with the joined faces of a portrait of Vladimir Putin and Nazi dictator Adolf Hitler during an anti-war protest, after Russian President Vladimir Putin authorised a massive military operation against Ukraine. Barcelona, Spain, February 24, 2022. (REUTERS/Nacho Doce)