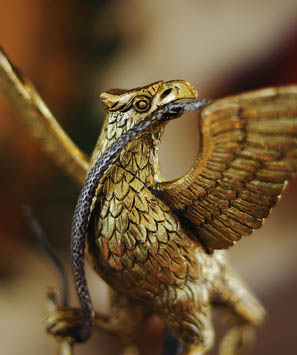 Anyone following recent events in Mexico knows that 2013 was a year of unprecedented reforms in my country. As part of a broad agreement between the three main political parties called the Pacto Por México, President Peña Nieto and the Mexican Congress were able to pass legislation that included reforms to energy, education, telecoms, transparency, finance, and fiscal policy, as well as political and electoral reform. Taken as a whole, those reforms have laid the groundwork for a fundamental transformation in Mexico that will unlock the true potential of the country as an emerging economic power with a deep commitment to democracy and international responsibility.

One reason why the reforms in Mexico have attracted so much attention is that just over a year ago hardly any analysts believed they were possible. Interests supporting the status quo seemed too entrenched and political inertia appeared ready to negate any bold reform effort. The story of education reform is a perfect example of a reform that gathered unanimous support, needed a complete overhaul, and is key to unleashing Mexico’s potential. It simply had to happen for Mexico to advance. Education reform is now a reality.

Reforms to telecommunications show Mexico’s firm commitment to competition, new transparency laws demonstrate our dedication to democracy, and the changes to banking and financial laws should help substantially increase the availability of credit in the country, paving the way for innovative entrepreneurs to add a new dynamism to the Mexican economy. Meanwhile, reforms to the tax code will help boost revenue for the federal government, prudently shoring up our fiscal obligations.

Energy reform has gotten the most attention of any of the reforms and with good reason—the potential upside has enormous implications for Mexico and the future of the North American energy landscape. In recent years, Mexico’s state oil company Pemex has seen steadily falling production, but not for a lack of potential. We have energy deposits in the form of shale beds and deep water wells but have been missing the necessary technology and financing to turn them into profitable sources of energy. Opening up our energy sector to foreign investment will allow us to finally unlock significant energy sources that have previously been out of reach. This will have positive economic effects for Mexico and the entire region, given that much of North America’s competitiveness in the global economy depends on our ability to produce abundant, affordable energy. Our future prosperity will be intimately linked to energy and the steps we are taking should deliver a brighter future for all Mexicans.

Finally, political and electoral reforms will give voters the option to re-elect their lawmakers if satisfied with their performance. Changes also allow for the formation of coalition governments and set strict requirements to increase female representation within political parties, something long overdue that will serve our democracy well.

The Federal Electoral Tribunal has been an important player in the building of our democratic system. It has been essential in protecting the rights of voters, candidates, transparency and rule of law in our democracy. Last week the Atlantic Council and the Woodrow Wilson Center hosted an in-depth discussion on the political and electoral reforms underway in Mexico and the role that the Tribunal plays. Participants included the presiding judge of the Mexican Federal Electoral Tribunal, José Alejandro Luna Ramos, Justices Maria del Carmen Alanis and Salvador Olimpo Nava, and vice chair of the US Federal Election Commission, Ann Ravel. The event showcased how the electoral system built in Mexico, which includes judges specialized in electoral disputes, can also serve as a model for other countries.

The last year of political reforms has opened the door for Mexico to unleash its full socioeconomic potential. This is hopefully just the beginning of a decade of hope and prosperity in my country.

H.E. Eduardo Medina Mora is the current Ambassador of Mexico to the United States