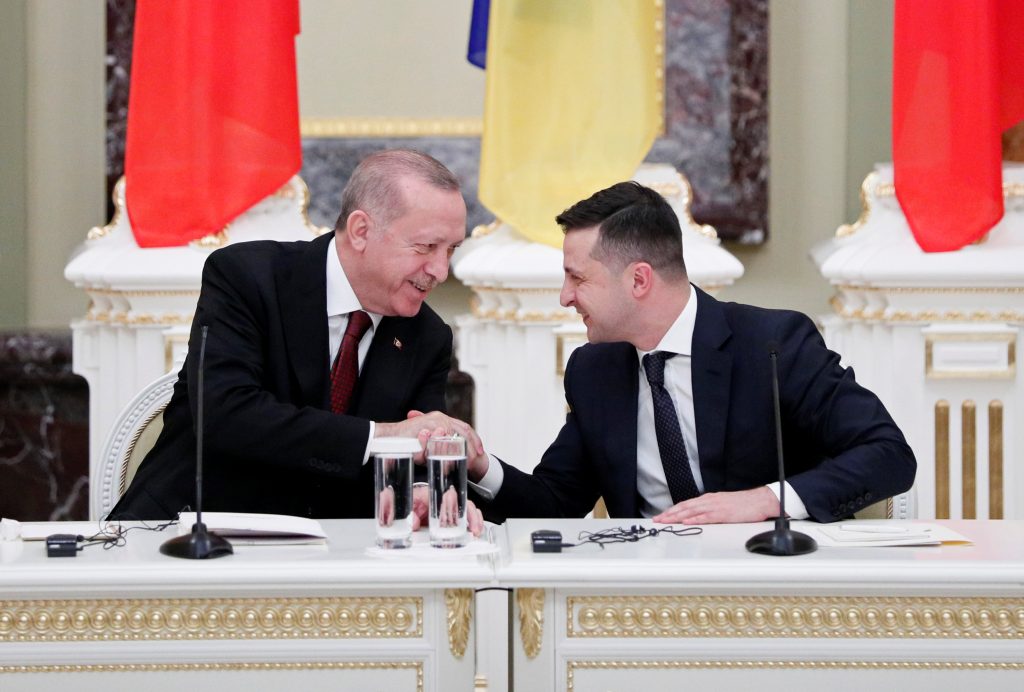 Turkish President Tayyip Erdogan spoke to his Russian counterpart, Vladimir Putin, in a telephone call on Sunday to press for an end to Moscow’s invasion of Ukraine. Erdogan told Putin that a ceasefire and better humanitarian conditions should be brokered in order to begin a lasting peace process, his office said in a statement. During the call, the two leaders agreed that the next round of peace committee talks between Ukraine and Russia would be held in Istanbul. On Thursday, Erdogan called on Putin to make an “honourable exit” from the war in Ukraine, announcing plans to further mediate.

Turkey has said Russia and Ukraine made progress on their negotiations to halt the war and the two sides were “close to an agreement”. Turkey’s Foreign Minister Mevlut Çavuşoğlu said Turkey was in contact with the negotiating teams from the two countries but he refused to divulge the details of the talks as “we play an honest mediator and facilitator role.”

At a press conference following the extraordinary NATO Summit to discuss the Russia-Ukraine conflict on March 24, President Erdoğan underlined the importance of Turkey’s relations with both Ukraine and Russia. The President also highlighted the efforts Turkey is making to mediate a settlement to the conflict, saying, “We are in close contact with both countries with a view to putting an immediate end to the war.”

Hopes for a general ceasefire in Ukraine have increased following meetings with Ukrainian and Russian foreign ministers in Lviv and Moscow, Turkey’s top diplomat has said, informing that President Recep Tayyip Erdoğan has had another phone conversation with Russian leader Vladimir Putin. Çavuşoğlu, who was in Moscow to hold talks with Russian Foreign Minister Sergey Lavrov one day ago, said, “Our hopes for the ceasefire have increased a little more.”

As Russia continues its military campaign in Ukraine, many anti-war Russians have flocked to Turkey, as European Airspace is closed to Russian jets. Meanwhile, an increasing number of Ukrainian refugees are finding refuge in Turkey. While the majority of Ukrainians have fled to European countries, particularly Poland, according to recent figures some 58,000 have settled in Turkey.

Dutch prime minister Mark Rutte heaped praise on Turkey’s president Recep Tayyip Erdogan during a visit to Ankara, thanking him for his “key role” in efforts to secure a peace deal between Russia and Ukraine. Rutte, who is the fourth leader of an EU member state to visit Turkey in the past 10 days, said he had been “really, really impressed” by his Turkish counterpart and his efforts to act as a mediator between the two sides.

Turkish President Recep Tayyip Erdogan on Tuesday asked the European Union to relaunch talks for Ankara to eventually become an EU member, on the eve of a summit focused on Russia’s invasion of Ukraine. “We expect the EU to open quickly the chapters of the membership negotiations and to start negotiations on a customs union without yielding to cynical calculations,” Erdogan said after talks with visiting Dutch Prime Minister Mark Rutte.

ABC: Leaders of Germany, Turkey press for cease-fire in Ukraine

Turkey and Germany pledged Monday to continue diplomatic work for a cease-fire in Ukraine, while emphasizing the importance of their bilateral ties and their NATO partnership. “As NATO allies, we have confirmed our common opinions and worries,” Turkish President Recep Tayyip Erdogan said at a news conference with German Chancellor Olaf Scholz, who was on his first official trip to Turkey since taking office in December. Erdogan also highlighted his country’s relations with Moscow, which saw Turkey host a recent diplomatic conference last week that included a meeting between the foreign ministers of Russia and Ukraine.

Turkey’s President Tayyip Erdogan and Greece’s Prime Minister Kyriakos Mitsotakis met on Sunday and agreed to improve ties, despite long-running disagreements between the two countries. The Turkish presidency said both countries have vital roles in the changing security situation in Europe, and that increased cooperation would benefit the region. Greece says that both sides stress building a positive agenda, primarily in the area of the economy.

Natural gas cooperation is among the most important steps Turkey and Israel can take amid a bid to repair ties and Israeli Prime Minister Naftali Bennett could visit Turkey, President Tayyip Erdogan was cited as saying on Friday. “One of the most important steps we can take together for bilateral ties, I believe, would be natural gas,” the President said, and said details of the cooperation would be discussed later during a visit by his foreign and energy ministers to Israel.

Middle East Eye: Oligarchs can do business in Turkey if it’s not illegal, says Cavusoglu

Russian oligarchs are welcome in Turkey as both tourists and investors as long as they don’t break any rules, according to foreign minister Mevlut Cavusoglu. Speaking on Saturday to CNBC at the Doha Forum in Qatar, Cavusoglu said: “We implement UN-approved sanctions, so if any Russian citizens want to visit Turkey, of course, they can visit Turkey. Due to worldwide sanctions, many international companies and Russian oligarchs have left Russia, with some ending up in Turkey.