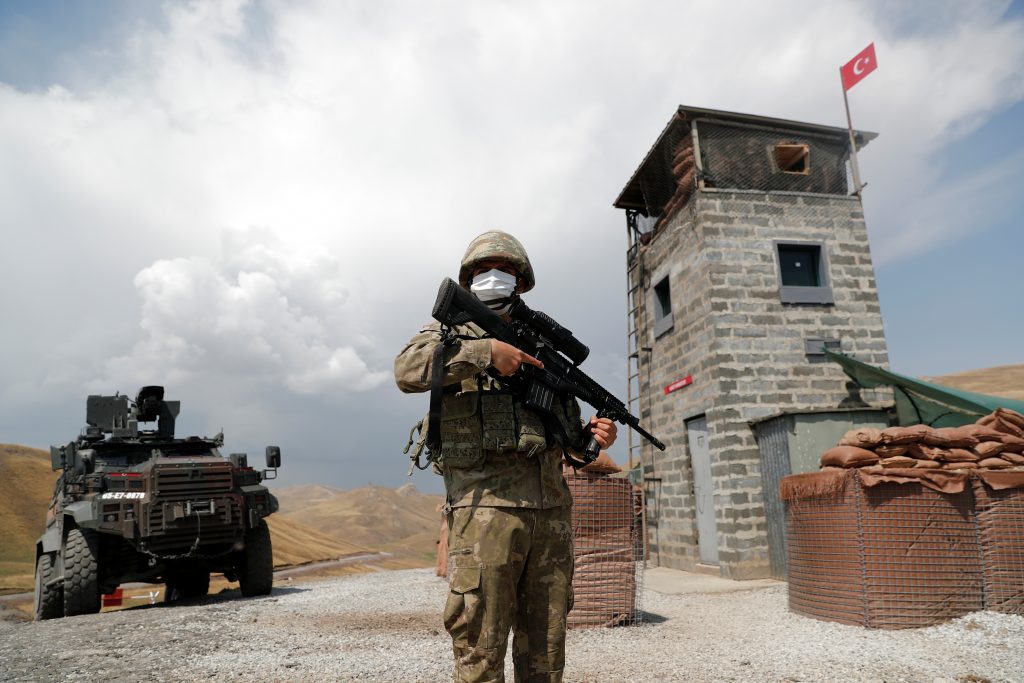 The Taliban have asked Turkey for technical help to run Kabul airport after the departure of foreign forces but insist that Ankara’s military also withdraw fully by the end-August deadline, two Turkish officials told Reuters. Turkey has said for months that it could keep a presence at the airport if requested and had been in talks with the US since June before the rapid Taliban advance changed the landscape. After the Taliban seized control of the country Turkey offered technical and security assistance at the airport. Talks with the Taliban on the issue were ongoing and, in the meantime, preparations for a troop withdrawal had been completed, he said. It was unclear whether Turkey would agree to give technical assistance if its troops were not there to provide security.

Turkey will continue to conduct intensive international diplomacy in the face of unfolding developments in Afghanistan and to protect the country against a potential migrant pressure, President Recep Tayyip Erdoğan has said after a series of phone conversations with the leaders of prominent countries over the course of three days, in a call for greater international cooperation on Afghan refugees. Erdoğan spoke with Greek Prime Minister Kyriakos Mitsotakis on Friday, German Chancellor Angela Merkel, Russian President Vladimir Putin and Iraqi Prime Minister Mustafa al-Kadhimi on Saturday and British Prime Minister Boris Johnson, Ukrainian President Volodymyr Zelensky and EU Council President Charles Michel on Sunday.

Fearing a new refugee crisis, Turkey is sending soldiers to reinforce its border with Iran in order to stop a potential influx of Afghans fleeing the Taliban insurgency. Authorities plan to add another 64 km by the end of the year to a border wall started in 2017. Ditches, wire and security patrols around the clock will cover the rest of the 560 km frontier. Irregular arrivals are already up as Afghans who fled weeks and months ago show up at Turkey’s rugged border area after a long trek across Iran. Authorities say there are 182,000 registered Afghan migrants in Turkey and up to an estimated 120,000 unregistered ones.

In addition to evacuating hundreds of Turkish citizens out of Kabul, Turkey has helped a number of Afghan government officials including Afghan Second Vice President Sarwar Danish, Foreign Minister Mohammad Hanif Atmar, Ahmad Zia Sraj, the head of the National Directorate of Security, and other senior figures, including three former ministers and lawmakers get out of the country. The Turkish Embassy in Kabul already had evacuation plans ready well before the Taliban forces seized the capital and contacted Turkish expatriates and Afghan officials, who have close ties with Turkey, and informed them about the plans.

Armenia is ready to normalize its ties with Turkey, the country’s Prime Minister Nicol Pashinyan has said. “We were in the past also ready to improve relations with Turkey without any precondition, and we are now ready too to create a mutual confidence between Ankara and Yerevan and continue our relations without preconditions,” he said on Aug. 18 during a speech on TV. Armenia is also willing to restart the negotiating process at the highest level to settle the Nagorno-Karabakh issue, Pashinyan said at a government meeting, TASS reported.

Image: A Turkish soldier stands guard at a military post in Caldiran on the Turkish-Iranian border in Van province, Turkey on August 21, 2021. Photo via REUTERS/Murad Sezer.