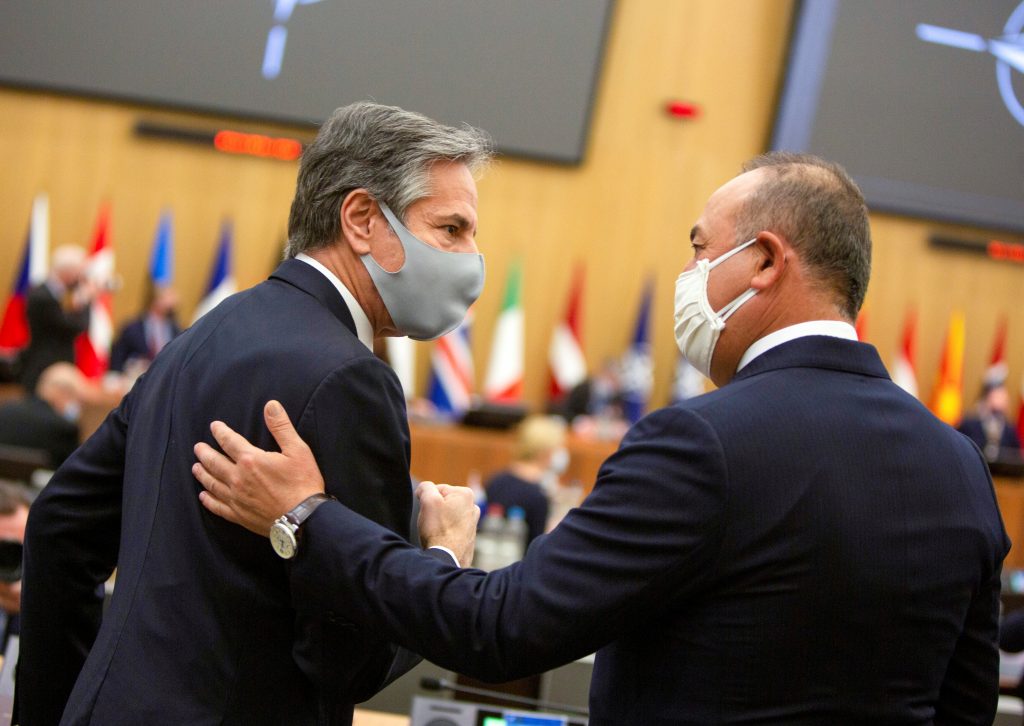 The presidents of the European Council and the European Commission will meet Turkish President Tayyip Erdogan in Turkey on April 6, an EU spokesman said on Monday, in the latest sign of improving ties. The EU did not give further details of the trip by Charles Michel and Ursula von der Leyen. But the visit is part of a relaunch of relations approved by EU leaders last week after Turkey moved to calm a dispute over hydrocarbons in the eastern Mediterranean.

The European Union has halted plans to blacklist senior executives at Turkey’s state-owned oil and gas company, in a sign that the body is easing some pressure on Ankara in the wake of a diplomatic offensive. A more constructive tone from Erdogan this year, German Chancellor Angela Merkel’s support for a more conciliatory approach and the first direct talks between old foes Turkey and Greece in five years have all helped to change the mood. The new administration of US President Joe Biden has also urged Brussels not to impose sanctions at a time when Turkey, a Nato ally and EU candidate country, appears more willing to compromise, European and US diplomats said.

Turkey’s President Erdogan and European Union chiefs discussed eastern Mediterranean tensions and Turkey-EU ties in a video call on Friday, ahead of an EU summit due to address fraught relations with Ankara. The Turkish presidency said Erdogan told European Council President Charles Michel and European Commission President Ursula von der Leyen that Ankara had maintained its “constructive approach” in the Mediterranean despite “provocations” from Greece and Cyprus. President Erdogan said he expected a result from the March 25-26 EU summit that will pave the way for concrete efforts to move forward, adding Erdogan had repeated a proposal for a regional eastern Mediterranean conference.

Turkish Foreign Minister Mevlut Cavusoglu has told United States Secretary of State Antony Blinken that Ankara’s purchase of a Russian missile-defence system was “a done deal”, in their first face-to-face meeting since the latter took office. Describing the talks as constructive, Cavusoglu said Ankara Turkey to meet its future defence needs primarily from NATO allies and agreed on the need to keep discussing differences with Washington. The US State Department said Blinken had “urged” Turkey not to retain the Russian S-400 air defence system. Washington has repeatedly rejected a working group to discuss the S-400s.

Murat Mercan, Turkey’s new U.S. ambassador said on March 16 that he aims to advance relations with the U.S., a day after taking office in Washington, DC. In a video message addressed to the Turkish American community, Hasan Murat Mercan said transatlantic relations have been important for Turkey and will continue to be of importance. During his time in office, he said he would work with members of the Turkish-American community to promote Turkey better in the US and do his part for the development of Turkey.

The Guardian: Biden rebukes Turkey after it quits accord protecting women

Joe Biden has joined European leaders in condemning Turkey’s withdrawal from a landmark international accord designed to protect women from violence. Turkish president Recep Tayyip Erdoğan issued a decree on March 22 annulling Turkey’s ratification of the Istanbul convention, a landmark European treaty protecting women from violence that it was the first country to sign 10 years ago and that bears the name of its largest city. The convention requires governments to adopt legislation prosecuting domestic violence and similar abuse as well as marital rape and female genital mutilation. The US president called the move “deeply disappointing”, saying it was a step backward in efforts to end violence against women.

The United States Envoy for Afghanistan Peace Zalmay Khalilzad visited Istanbul over the weekend where he met with the country’s presidential spokesman, discussing the Afghan peace efforts including a meeting planned to be held in this regard early April in Istanbul. Ibrahim Kalin, President Erdogan’s spokesman said he discussed the preparations for the conference on Afghanistan peace in meeting with Khalilzad. The two sides reportedly expressed hopes that the Istanbul conference provide new motivation to the peace process in Afghanistan and help the ongoing intra-Afghan talks in Qatar.

Turkey plans to host Afghanistan peace talks in Istanbul in April, Foreign Minister Mevlut Cavusoglu said on Friday, and Ankara will appoint an Afghanistan special envoy.Cavusoglu’s comments come after the United States shared a draft peace plan calling for replacing Afghanistan’s government with a power-sharing interim administration pending elections under a new constitution. The U.S. proposal is intended to jump-start stalled talks in Doha between the Taliban and a team including Afghan officials on a political settlement to decades of conflict.

President Tayyip Erdogan removed a central bank deputy governor, Murat Cetinkaya, from his post on Tuesday, 10 days after he fired the bank’s hawkish governor in a shock move that sent the lira down some 13%. Banker Mustafa Duman was appointed to the post, according to the Official Gazette. He has held executive positions at Morgan Stanley Securities and also had treasury, risk and auditing jobs in the financial sector, the central bank said. On March 20, Erdogan ousted Naci Agbal, an orthodox governor who hiked the key interest rate to 19% to address double-digit inflation. Sahap Kavcioglu, who has supported the president’s view that high rates cause inflation, was named the new chief. The move led to market turmoil amid concerns Turkey may return to unorthodox economic policies and rapid rate cuts. Inflation stood at 15.6% in February.

According to Simone Kaslowski, who was re-elected as President of TUSIAD on March 30, Turkey, in one of the region’s most affected by climate change, green transformation is not considered as a choice but a requirement. He further stated that the fate of the future started to be clear with the pandemic, adding that the costs of climate change and environmental damage are being set. He added that the Green Deal inaugurated by the EU is the roadmap of the future, saying that some believe that if we not pass to create a green economy on a global scale, the world may not survive this century.