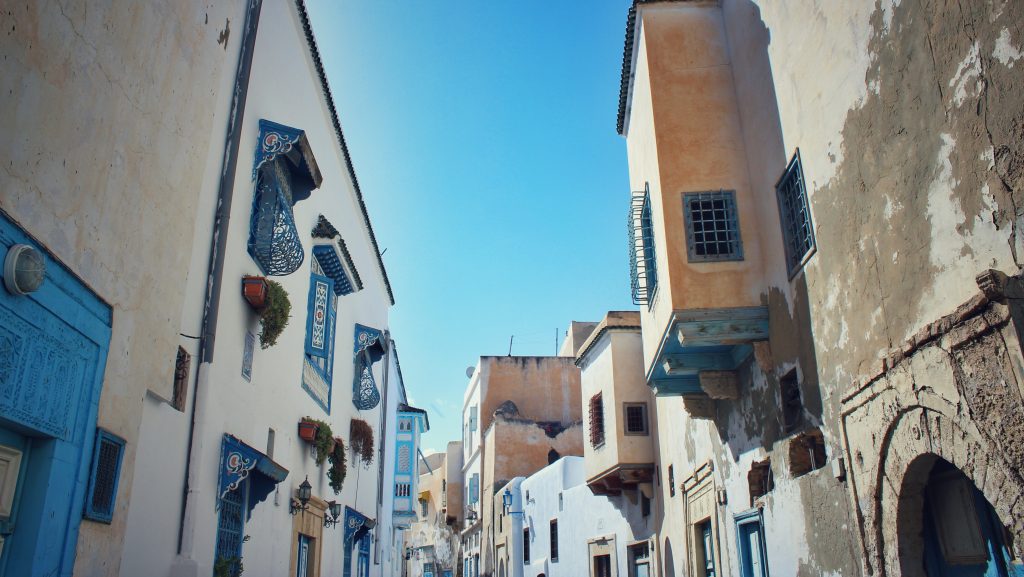 At the outset of the political uprisings that began in North Africa in 2010, the four countries of Algeria, Libya, Morocco, and Tunisia faced similar economic and political challenges. Over the past almost six years, the countries have adopted different approaches to address these problems, however the overall economic picture today is grim amid varied political environments. In Aftermath of the Arab Spring in North Africa, authors Mohsin Khan and Karim Mezran examine whether these four North African countries have been successful in meetings the demands of their populations as expressed in the 2010-11 uprisings and what challenges remain for them in the future.

While the political situations in the four countries in 2010, as well as the causes of the uprisings, were similar to a large extent, Khan and Mezran closely examine the starkly different directions that the post-revolt political evolutions took. Tunisia embarked on a process of reforming its legal and political structures in order to transition to a more pluralistic and inclusive system. However, the country’s progress is threatened by growing insecurity and economic challenges. Both Algeria and Morocco prevented protests from becoming widespread and violent in 2011 by enacting some constitutional reforms. In Morocco, a political arrangement between the monarchy and the Islamists appears to have maintained stability while also allowing for a progressive, albeit slow, political opening. However, in Algeria, the political system continues to be run in the same opaque manner as always. The post-revolution elites in Libya were incapable of facing the country’s severe political and economic challenges, and made one mistake after another. Today, Libya has devolved into a de facto failed state, as UN-led negotiations failed to resolve the country’s civil strife and reunite the country under a single leadership.

On the economic front, Khan and Mezran explain that a relatively good macroeconomic picture in Algeria, Libya, Morocco, and Tunisia in 2010 actually hid many deep structural fault lines in the four economies. These fault lines–including high rates of unemployment, particularly among youth–were exposed by the political upheavals that took place in 2010 and 2011. Following the upheavals, economic reforms were put on the back burner, as economic stability and growth were viewed as secondary to political stability. The overall economic picture today is still grim, as the economies of all four countries are in no better shape, and in some cases much worse shape, than they were in 2010. The authors argue that labor market reforms and improvements in the business climate are necessary to help the countries get out of a low-growth and high-unemployment trap.

Khan and Mezran conclude that the main lesson to be drawn in examining the post-2011 economic and political developments in these four countries is that in the search for a new social contract that establishes wider consensus-based political legitimacy, elites must be willing to simultaneously undertake openings and reforms in the political arena and adopt far-reaching economic reforms. The experiences of these North African countries over the past five years demonstrates that the postponement of economic reforms has the ability to threaten or even undo progress made on the political front.

By Andrea Taylor and Elissa Miller

Seven years after the 2011 Arab uprisings, Tunisia remains the only country to have emerged from the sweeping changes that took hold in the region as a fledgling democracy. Since then-President Zine El-Abidine Ben Ali stepped down from power of January 14, 2011, Tunisia has accomplished a number of major successes, including holding free and […]

The arc of crisis in the MENA region: Fragmentation, decentralization, and Islamist opposition

The Middle East and North Africa (MENA) region is experiencing a time of great transformation and as well as tumult. Atlantic Council Senior Fellow Dr. Karim Mezran and Dr. Arturo Varvelli of the Italian Institute for International Political Studies gathered experts to explore decentralization and political Islam in six MENA countries in “The Arc of […]

Even as the specter of political instability weighs heavily on the region, the Middle East is quietly experiencing a technological and societal transformation that could hold the keys to a better future.