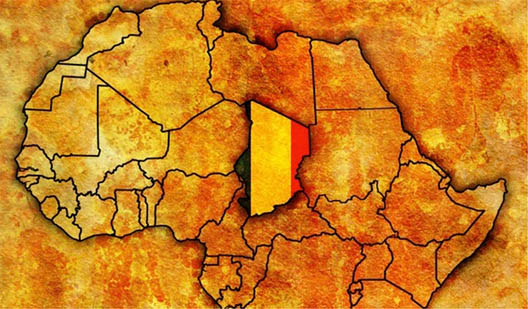 
From problem child to peacekeeper
In 2008, as the conflict in Darfur blazed on the far side of Chad’s border, the African Union and the United Nations were forced to deploy peacekeepers to help stabilize Chad after rebels backed by Sudan stormed across the country and the presidential palace and other public buildings in the dusty Chadian capital of N’Djamena. Déby’s administration barely survived, but by 2010, having patched up its differences with Khartoum, was confident enough to antagonize Chad’s Western donors by demanding the withdrawal of international forces. Since then, Déby, who has ruled since 1990, has consolidated his grip on power, but criticism of his administration’s rights and governance record has intensified. When Mali imploded in 2013, Déby saw an opportunity to enhance Chad’s international standing by committing 2000 Chadian troops to support the African-led International Support Mission to Mali (AFISMA). Chad was the largest contributor to AFISMA from outside the Economic Community of West African States (ECOWAS) sub-regional grouping, and Chadian forces took the bulk of the casualties in the conflict. Today, Chadian forces are the largest contingent in the African-led International Support Mission to the Central African Republic (MISCA). Déby has also started to spearhead non-military regional cooperation efforts, hosting both a summit on sustainable development and a Community of Sahel-Saharan States (CEN-SAD) summit in 2013. Indeed, Déby is proving to be one of the few African leaders capable of responding to the widespread clamor for African solutions to African problems, embarrassing larger and wealthier African nations that have yet to match Chad’s commitments.

View from N’Djamena
Oil revenues have provided Chad with a steady seven percent GDP growth rate since 2004, and allowed President Déby to transform his country’s military into a powerful 30,000-man fighting force equipped with Sukhoi-25 fighter plans and MI-24 attack helicopters. But the regime’s diversion of oil revenues for defense at the expense of development has appalled many international critics. Furthermore, Déby has inarguably used Chad’s oil wealth to entrench his own political power.

President Déby has legitimate domestic security concerns. His administration has suffered numerous insurgencies and attempted coups—most recently in May 2013, at a military barracks in Chad’s capital N’Djamena—and Chad’s main opposition group the Union of Resistance Foreces (UFR) is waging an armed rebellion. Chad also suffers from ethnic tensions surrounding Déby’s tiny but privileged Zaghawa tribe.
And of course, Chad resides in a rough neighborhood. Déby has recently steadied his relations with Sudan, but the countries have a history of proxy warfare and Chad remains host to approximately 350,000 Sudanese refugees. When Mu’amr Qadhafi fell, Déby lost an ally, and the new Libyan authorities have done little to clamp down on Chadian mercenaries sheltering in the North African country. The escalating crisis in CAR has sent refugees streaming across Chad’s border. Just since December, 45,000 refugees have fled CAR into Chad, bringing the country’s total CAR refugee population to 81,000, according to UNHCR. International and especially French support have enabled Déby to survive this tempest of threats. (But for French logistical support, the 2008 insurgency would likely have toppled his regime). Déby has shown his appreciation by hosting a French military base of 950 soldiers to monitor the Libyan border, and Chad’s peacekeeping contributions are largely a gambit to consolidate international support for the regime.

CAR Quagmire
For more than a decade, political power in CAR has flowed from N’Djamena. CAR president François Bozizé’s ascension to power in 2001 was facilitated by Chadian military support, and his fall to the Séléka rebels in 2013 was (allegedly) made possible by Déby’s ill-timed withdrawal of a vital and longstanding contingent of pro-government Chadian troops from CAR. Déby eventually redeployed his troops to help Bozizé, but critics have accused N’Djamena of standing by during the Séléka sack of Bangui.

Cross-border politics are murky, and Déby’s lack of enthusiasm for defending Bozizé against the Séléka rebellion probably indicates a slow chill, rather than a schism, between the two regimes. CAR has been unstable for years; N’Djamena had begun to be eclipsed by newer allies; and Déby may simply have calculated that strategic inaction was in Chad’s national interest. Déby has hardly been an uncritical champion of the Séléka: he was instrumental in pressuring interim president Michel Djitodia to step down in favor of a more presentable alternative.

But Chad’s deployment of peacekeepers to the 5,500-man MISCA peacekeeping force has proven controversial. Testimony collected by the UN suggests that Chadian forces escorted Séléka rebels to areas where they proceeded to commit atrocities. Human Rights Watch Emergency Director Peter Bouckaer, frustrated by evidence that Chad aided Séléka rebels, called for the suspension of Chadian peacekeepers in CAR. (To be fair, French troops have been similarly accused of permitting atrocities against CAR Muslims, and of political meddling.) Perceptions that Chadian troops have enabled Séléka atrocities against civilians have aggravated long-standing hostilities, leading to mass anti-Chad protests in Bangui in December.

Recently, Déby has relented in his opposition to an expanded and professional UN peacekeeping force, admitting, “We need more men, more assets. Only the U.N. can provide this.” This may be a response to the deteriorating humanitarian situation on the ground—as the defeat of the Séléka has given way to the widespread slaughter of Muslims—or to pragmatic calculations that Chad’s disproportionate share of peacekeeping responsibilities is drawing too much attention to the regime’s less-than-savory role in the conflict.

House of Cards?
With opposition resurfacing, oil money disappearing into patronage, and foreign intervention in CAR turning sour, it may be that Déby has already passed the apex of his influence.