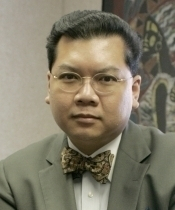 Atlantic Council Africa Center Director J. Peter Pham authored a review essay on threats and opportunities in the Sahel for the forthcoming issue of the Journal of the Middle East and Africa.

Read an advance copy of the essay

In the course of reviewing Perilous Desert: Insecurity in the Sahara, a collection of studies edited by Frederic Wehrey and Anouar Boukhars of the Carnegie Endowment for International Peace, Pham writes that the Sahel—the belt of territory running from Mauritania on the Atlantic Ocean to Somalia on the Indian Ocean and connecting North Africa across the Sahara Desert to tropical Africa—has “asserted its strategic importance with a vengeance in recent years,” noting that the region has become the focus of militant Islamist activities. Moreover, “the region is strategically important for several reasons in addition to these security considerations, including its role as a bridge between the Arab (and Berber/Amazigh) Maghreb and black Sub-Saharan Africa,” as “a major transportation corridor for the movement, both licit and illicit, of people and goods,” and as a potentially significant source of renewable and nonrenewable natural resources.

After surveying the situation in the region, Pham concludes:

Instability in the Sahel has made the once marginal region a mounting concern, not only for the African states bordering it, but, increasingly, for both Europe and the United States. Western governments are especially worried that the weakness of state control in an area with a superabundance of “ungoverned spaces” will allow AQIM and other extremist entities to expand their influence and even establish safe havens… Such analyses will undoubtedly result, even in a period of fiscal austerity, in at least some additional resources to build the capacity of the security sector in the region. But if these efforts are to have lasting positive effects, they cannot afford to ignore the underlying institutional and social roots of insecurity in the Sahel.