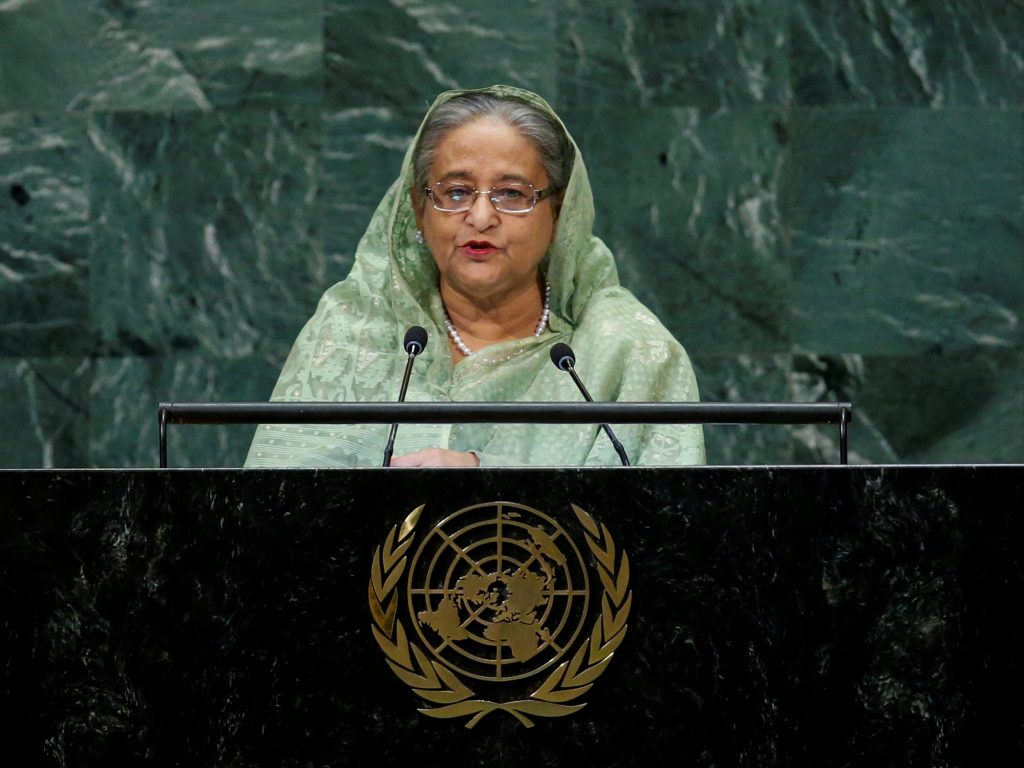 Since the early 1990s, Bangladesh has been the main refuge for members of the Rohingya minority fleeing human rights abuses perpetrated by the Myanmar government and military. Between 1991 and 1992, ethnic violence led an exodus of an estimated 250,000 Rohingya to Bangladesh. Today, over 1.1 million Rohingya refugees reside in Bangladesh after fleeing widespread government-initiated ethnic violence, deemed as ethnic cleansing by the United Nations, in Myanmar beginning in 2017. Efforts to integrate or repatriate the Rohingya have been stalled due to long-standing impasses between Bangladesh and Myanmar, and refugees have refused to leave fearing for their safety back home. Consequently, hundreds of thousands of individuals remain stateless in rapidly deteriorating conditions.

This briefing assesses the government of Bangladesh’s record in providing refugees with basic human rights, humane treatment, acceptable living conditions, economic opportunities, and societal integration. It concludes that Bangladesh must honor its responsibility to care for this vulnerable population, and that the international community must do more to hold the government accountable while providing additional financial and logistical support to enable it to do so.

The government of Bangladesh continues to squander international goodwill by denying refugees access to education and other basic rights. Bangladesh has not signed multilateral agreements recognizing the rights and protections of international refugees, depriving the Rohingya of formal refugee status, stymying efforts to integrate the population and limiting freedom of movement beyond temporary camps. About 70 percent of Rohingya children in Bangladesh are not in school. These children lack access to a proper education as facilitators are denied Burmese and Bangladeshi curricula, which has left more than 683,000 children without access to education.

Pervasive poverty and tensions with local Bangladeshis have led to growing concerns about security within Rohingya camps. Most recently, the central government ordered the central telecom regulator to halt 3G and 4G access throughout the refugee camp areas in Cox’s Bazar to cut cell phone service after massive demonstrations on August 25 at the Kutupalong refugee camp in Ukhia, which commemorated the second year of the Rohingya exodus. The crackdown comes amid increased pressure to provide sufficient “security, law, and order” to the camps. Meanwhile, recent incidents of people, particularly women and children, being kidnapped from camps and sold to international human traffickers have led to declining trust between refugees and Bangladeshi authorities. The International Organization for Migration (IOM) identified 420 cases of trafficking between December 2018 and June 2019, a fourfold jump from the previous fourteen months. International organizations allege that some Bangladeshi border guards, military officials, and police officers facilitate human trafficking by accepting bribes from traffickers to gain access to camps.

With the support of Bangladeshi authorities, non-governmental and development organizations have supplied the majority of current education, healthcare, and sustainability efforts. Hundreds of thousands are crammed into the Bangladeshi district, Cox’s Bazar, and movement restrictions and a structural instability in quickly-constructed camps have placed 215,000 refugees at risk. Decrepit living conditions do not meet international standards. To address crowding, the government of Bangladesh has offered an ambitious plan to resettle about 100,000 Rohingya refugees to “Bhasan Char,” an island formed from silt deposits in the Bay of Bengal. Fears that the island is not apt for habitation and prone to flooding have prompted criticism from both the Rohingya and international community.

Rohingya are barred from legal work outside refugee camps. This has led to economic competition with local Bangladeshis, as the Rohingya are willing to work for lower wages. Poverty has reportedly increased by three percent, prices of everyday necessities have risen by almost fifty percent, and wages of day laborers have decreased. A lack of educational opportunities has left a huge portion of the population ill-equipped to succeed, and an absence of formal work has given rise to a corrupt and extortive illicit camp economy.

The central government resists efforts by international humanitarian and development agencies to create any infrastructure or policies that suggest permanency. The move comes as the second attempt at repatriation in August 2019 failed after none of the 3,450 refugees approved for repatriation agreed to return. Plagued by its failure to repatriate, the government of Bangladesh has banned formal education in the camps, providing access to informal learning centers two hours a day without certification. Amid the refugee influx, Bangladesh has issued special identity cards for Rohingya to help bring order to the migrant flow and expand existing camps for refugees. However, since August 2017, following the exodus of 742,000 Rohingya to Bangladesh, children have not been registered at birth, which means they lack legal identification and official refugee status.

Ongoing violence in Rakhine State and failed repatriation attempts suggest that the Rohingya will remain restricted to Bangladesh for the foreseeable future. While the government of Bangladesh has made disproportionate efforts on behalf of the international community to accept and assist refugees from Myanmar, current efforts are failing to provide the Rohingya with acceptable treatment under international law. Moreover, the international community should also keep its promise to provide Bangladesh with the financial resources needed to manage this crisis as Bangladesh has received only $330 million out of $920 million (as of August 24, 2019) for the remainder of 2019. Bangladesh’s acceptance of 1.1 million refugees and its continued commitment to non-refoulement demonstrates a need for further dialogue. Nonetheless, the sheer number of displaced peoples and the intractable nature of the dispute over the Rohingya raises the question: how can the international community and the government of Bangladesh work amicably to bring long-term sustainability and dignity to the ongoing refugee crisis?

This briefing is a product of the Atlantic Council’s South Asia Center, and was prepared by Dr Rudabeh Shahid, Postdoctoral Research Fellow at the University of York (UK). Additional input provided by staff of the South Asia Center. September 2019.