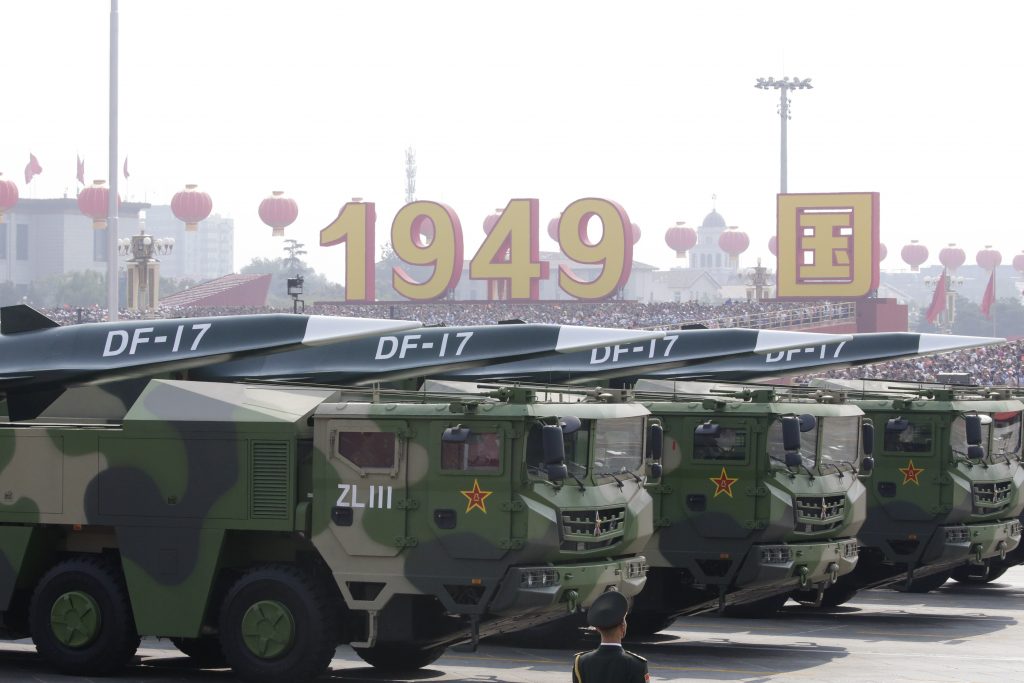 The Atlantic Council’s Forward Defense practice area is delighted to share a symposium of issue briefs on the topic of deterring Chinese nuclear attack by Hans Binnendijk, Rebeccah Heinrichs, and Christopher Twomey. Anchored by our report on Deterring Chinese Strategic Attack: Grappling with the Implications of China’s Strategic Forces Buildup by Scowcroft Center Deputy Director Matthew Kroenig, this symposium explores the recent Chinese nuclear buildup, puts the development in context of China’s overall military and nuclear strategy, and examines possible US responses. In forthcoming issue briefs, it will also consider the implications of China’s nuclear buildup for extended deterrence in the Indo-Pacific.

In only the past few weeks—since these papers were written—China’s nuclear buildup has accelerated. The Department of Defense has increased its estimate of China’s nuclear warhead holdings to one thousand by 2030, China tested a nuclear-capable, fractional orbital bombardment hypersonic vehicle, and researchers discovered that China is building hundreds of new ICBM silos.

In sum, these developments suggest that China is engaged in the most significant nuclear buildup in its history. Read on to see how three experts characterize the threat and suggest that the United States and its allies and partners respond.

Scowcroft Center Distinguished Fellow Hans Binnendijk examines China’s nuclear holdings, the consequences of China’s nuclear buildup, and Chinese nuclear doctrine. In light of these developments, as well as complicating factors like the role of cyber and space systems, he considers the scenarios that need to be deterred and proposes measures that could solidify deterrence and stability.

Hudson Institute senior fellow Rebeccah Heinrichs puts China’s nuclear buildup into the context of China’s more aggressive foreign policy under Chairman Xi Jinping. She notes that China’s more competent missile force and the potential flashpoint of Taiwan make nuclear escalation a worrisome potential. Her recommendation for the United States includes a variety of measures, including reinforcing nuclear deterrence, but also increasing conventional deterrence and missile defenses to deter conflicts that could escalate to nuclear use.

Naval Postgraduate School professor Dr. Christopher Twomey surveys China’s nuclear capabilities at the intercontinental and regional range. He examines developments in China’s nuclear declaratory posture, calling into question China’s “No First Use” pledge. On China’s nuclear posture, he emphasizes the worries in China’s security community regarding the vulnerability of their nuclear forces. Finally, he explains the increasingly important role of cyber and space systems in influencing the interplay of US and Chinese strategic forces. The future of Chinese nuclear policy, he concludes, is uncertain.