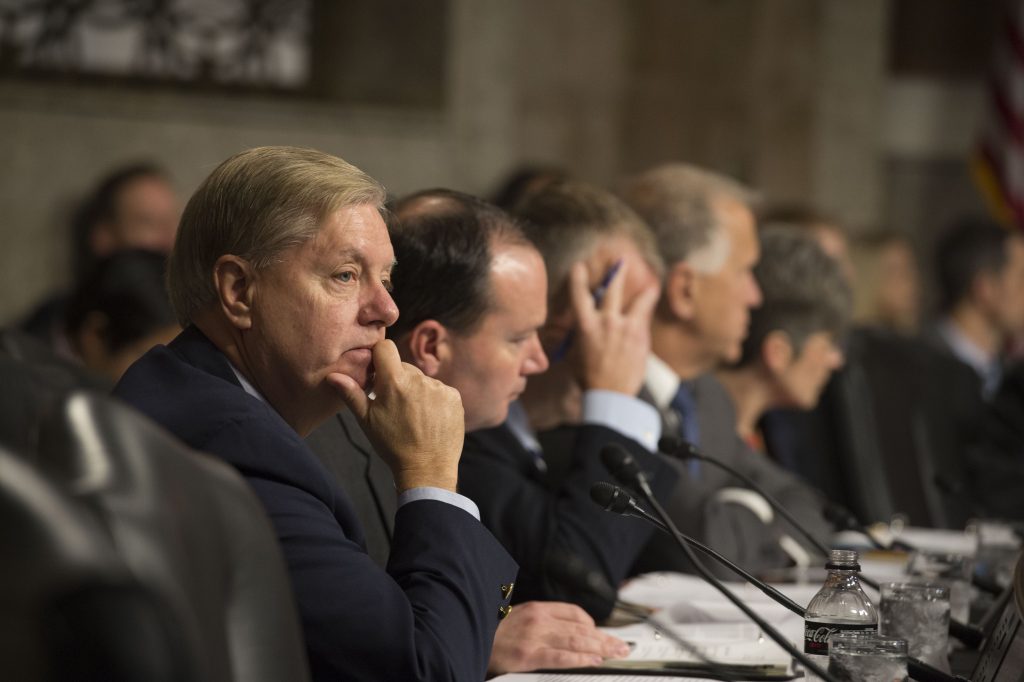 United States Senator Lindsey Graham (R-S.C.) is one of the co-sponsors of the Defending American Security from Kremlin Aggression Act (DASKA). Source: US Department of Defense

US President Donald J. Trump’s administration has found it challenging to maintain a consistent position with respect to Russian President Vladimir Putin’s repression at home and aggression abroad. It may again fall to Congress to attempt to counter Russia’s election interference, already ongoing in the form of disinformation; back Ukraine as its government seeks to deal with a Russian invasion; and contend with other forms of Kremlin aggression.

In “Pushing Back against Russian Aggression – Legislative Options” authors Daniel Fried, the Weiser Family Distinguished Fellow at the Atlantic Council, and Brian O’Toole, a senior fellow at the Atlantic Council, evaluate two Russia sanctions bills, the Defending Elections from Threats by Establishing Redlines (DETER) and the Defending American Security Against Kremlin Aggression Act (DASKA), as tools to forestall new Russian interference in US elections. The authors walk readers through a set of sanctions escalatory measures—covering finance, energy, and the cyber sector – that both sanctions bills draw from. In sum, Fried and O’Toole conclude that DASKA’s sanctions are more measured and thus more implementable. By contrast, the authors deem DETER’s sanctions on financial institutions as simply too harsh with excessive spillover risk to US and Western financial markets to be implementable.

The Global Business & Economics Program’s
Economic Sanctions Initiative is galvanizing the transatlantic private and public community to stimulate thinking on economic sanctions and improve their design and implementation process.