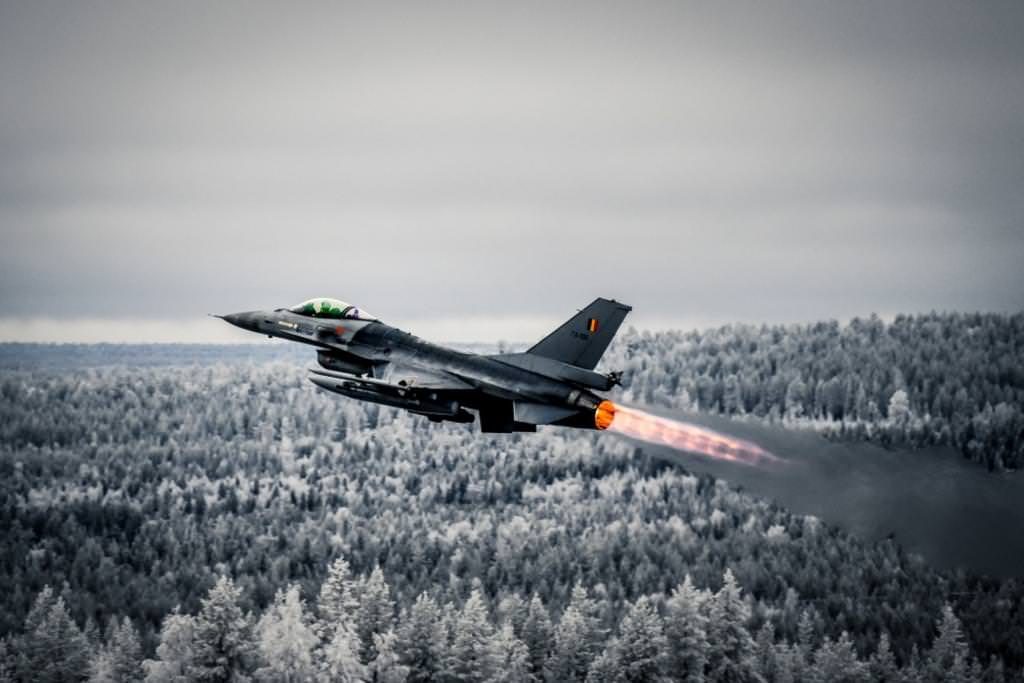 A Belgium F-16 flies over Rovaniemi Airbase, Finland on Oct 23 in support of NATO Exercise Trident Juncture 2018....Photo by Tuomas Saavalainen for NATO

As a great power competition with Russia plays out in Europe, the United States and its Allies in NATO must reassess the role and importance of the air domain to transatlantic security. While NATO has made notable strides in strengthening defense and deterrence in the land domain, more must be done in the air domain. Reemerging adversaries, including Russia, continue to invest in advanced assets and pursue strategies and risky behavior that test the Alliance and its ability to respond. Russia also poses significant challenges to allied air superiority, including A2/AD networks in Northern Europe, over the Black Sea, and in the Eastern Mediterranean that have the potential to limit allied access to these regions. While the United States and its NATO Allies and partners have enjoyed three decades of air supremacy, the pendulum is now swinging in the other direction. This could have real implications in a potential crisis.

In the latest issue brief from the Scowcroft Center for Strategy and Security’s Transatlantic Security Initiative, General Frank Gorenc, USAF (Ret.) maps out the challenges facing NATO—those posed by Russia and those stemming from gaps in Allied capabilities—and provides a series of recommendations for NATO to improve its posture in the air domain as a means to ensuring stability in Europe.