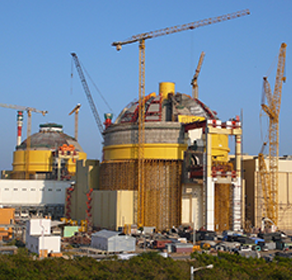 To decrease its heavy reliance on fossil fuels the Turkish government has made ambitious plans to increase its production of nuclear energy. It has reached tentative agreement with Russia and a Japanese-French consortium to build two nuclear power plants near Mersin on Turkey’s Mediterranean coast and in the Sinop District on the Black Sea coast. The fate of Turkey’s nuclear projects, however, is dependent on vendor financing, related to adoption of a “Build, Operate, Own” (BOO) model, in addition to political arrangements with the Russian Federation.

Though it rejected the bid from Russia’s Rosatom in 2008, Turkey began a bilateral negotiation with the Russian government, and reached agreement in 2010. Three years later, in 2013, the Turkish government signed a similar agreement with the Japanese-French consortium of Mitsubishi Heavy Industries (MHI), Itochu, and Areva for the construction of an Atmea-1 reactor in Sinop.

The BOO financing model requires that the nuclear vendor provides financing for the construction of the reactor and operates it for the life of the power plant, in return for a Turkish state-owned electricity utility guaranteeing a purchase price for an agreed amount of electricity produced at the plant. If one or both of the projects is successfully implemented, Turkey will be the first in the world to rely on a foreign vendor to run and operate a nuclear power plant in its country. Thus, the lessons learned through these projects could be replicated in other countries, increasing their potential significance.

However, the author argues Turkey’s nuclear energy plans are linked to their vendors’ ability to raise capital to finance the cost of construction, a reality driven by the BOO model. This model, in turn, is impacted by external developments, like Turkey’s credit downgrade, the value of the lira/ruble, and the health of Turkish political institutions. BOO also has some inherent conflicts of interest that any updates to Turkish legislation should seek to address. Further still, the Turkish policy for storage of nuclear waste, along with the mechanisms to construct and account for the costs of building a long-term storage facility. The Turkish government has sought to address these issues, but the passage of updated nuclear legislation has been delayed.

Though facing all risks, Turkey has an interest in finalizing and strengthening nuclear regulations. The author concludes that this process should be completed as soon as possible. The United States and the International Atomic Energy Agency (IAEA) should play a constructive role in helping Turkey draft nuclear-related legislation. Turkey’s success will set a good example for other countries interested in using the same model for reactor construction.

This new issue brief argues that the United States should craft a realistic Turkey policy, given the current state of tensions over regional policy and the entrenchment of authoritarianism and illiberalism in Turkey. The piece contends that the trajectory of the relationship between the United States and Turkey suggests a need for the United States […]

This new issue brief by Atlantic Council Senior Fellow Dr. Aaron Stein explores the challenges facing the United States and Europe as Turkish politicians use foreign policy as a tool for populist political gain. To better understand the relationship between Turkish policy-making and public opinion, the Atlantic Council’s Rafik Hariri Center worked with Metropoll, a […]