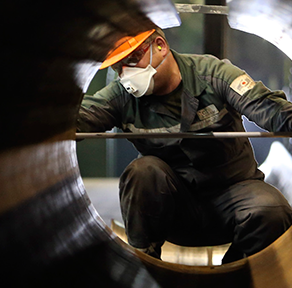 Completing Europe: Gas interconnections in Central and Southeastern Europe—an update, written by John Roberts, a senior fellow at the Atlantic Council’s Dinu Patriciu Eurasia and Global Energy Centers, takes into account the significant steps taken in the year following the publishing of the Atlantic Council’s Completing Europe—from the North-South Corridor to energy, transportation, and telecommunications union. Roberts’ latest piece “focuses on progress made in the development of gas interconnectors, the single most important element in the creation of an effective energy union and in assuring energy security for Europe.”

As David Koranyi, co-director of the Completing Europe report and director of the Atlantic Council’s Eurasian Energy Futures Initiative, and Ian Brzezinski, co-director of the Completing Europe report and senior fellow at the Atlantic Council’s Brent Scowcroft Center, state in the foreword, achieving a single European market “will require the development of infrastructure networks that bind together the economies of Central and Southeastern Europe with the rest of European Union.”

Highlighting the importance of an effective distribution system allowing gas to flow between Liquefied Natural Gas (LNG) terminals on the Baltic, Adriatic, and Aegean Seas as well as import points on and around the Black Sea, Roberts focuses on the situation in Southeastern and Central Europe. Connecting these regions would address a crucial element of European Energy security by allowing the benefits of low-priced oil produced by competition between Russian, Norwegian and US LNG, to reach the whole continent as well as creating a system capable of coping with a crisis should imports from one supplier be cut off.

Roberts identifies seven gas infrastructure projects critical to a single European energy market. Making two key recommendations, he argues for the implementation of the Action Plan for Central Eastern and South Eastern Connectivity approved in Dubrovnik on July 10, 2015, and states that “national and European officials concerned with developing the European Energy Union should focus, in particular, on developing a robust North-South Interconnector to link the Polish LNG terminal at Świnoujście with Croatia’s planned LNG Terminal at Omišalj.”

An important follow-up to Completing Europe, Roberts’ analysis and recommendations will inform the continued push to create a more interconnected and secure European energy market.