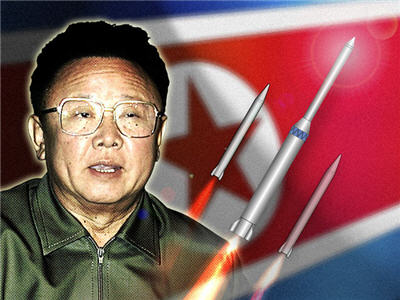 U.S. negotiators in February 2007 achieved a breakthrough in the Six Party talks towards the goal of reversing Pyongyang’s nuclear ambitions. The “joint agreement” – among the United States, North Korea, South Korea, China, Japan and Russia – set in motion a process for dismantling Pyongyang’s nuclear weapons program. But this agreement still leaves the parties a long distance from denuclearizing North Korea or resolving other fundamental security, political, and economic issues on the Korean peninsula. The report that follows describes a path and the elements of a comprehensive settlement to achieve the full range of U.S. strategic goals in Korea.

After more than nine months of deliberations, a nonpartisan working group, organized by the Atlantic Council, has concluded that the United States should now seek a comprehensive settlement in Korea – the major aspects of which are outlined below – that would not only build upon but go beyond the administration’s February 2007 political decision to move ahead on nuclear negotiations with North Korea.

In the working group’s view, parallel negotiations to achieve a series of agreements on political, security and economic issues related to the nuclear deal will provide the U.S. with significantly greater diplomatic leverage for achieving its strategic policy goals of denuclearizing North Korea and establishing long-term peace and stability in Northeast Asia. Realizing a comprehensive settlement would also demonstrate the strategic value of making diplomatic common cause with an emerging China.

Enlarging the diplomatic agenda through parallel negotiations, alongside the nuclear talks, will strengthen the U.S. hand by enabling diplomats to assert additional pressures on North Korea as well as provide Pyongyang, and other negotiating partners, new incentives. By offering the prospect of a fundamental settlement of all outstanding disputes with North Korea (and by expressing a willingness to negotiate other military, political and economic issues together with the nuclear issue), the U.S. would significantly improve the political conditions for the negotiations. The history of negotiating with North Korea demonstrates that improvements in political conditions almost always precede and foster agreements on security-related issues.

Clearly, North Korea will be required to make major concessions in the course of negotiations on a comprehensive settlement. In the working group’s view, Pyongyang will be more likely to do so if it perceives that its concessions will help bring about a resolution of all major security issues, while furthering economic development and normalizing political relations with the United States. (A companion volume to this report, “U.S-North Korea Relations: An Analytic Compendium of U.S. Policies, Laws and Regulations,” addresses the steps that need to be taken by both sides to facilitate a change in existing U.S. laws, regulations, and policies that currently inhibit U.S. relations with North Korea, as part of the process of normalizing bilateral relations).

Given the unpredictable nature of diplomacy with North Korea, it may well be that only some of the proposed elements of a comprehensive settlement, outlined in this report, are necessary and they should be implemented in a sequence that is best determined at a future time. Nevertheless, the working group believes that all these elements are ripe for current consideration and the U.S. should move now toward a comprehensive settlement of security, political and economic issues on the Korean peninsula.

The working group recommends that the United States takes the following steps:

The working group believes that pursuing the elements of a comprehensive settlement forthe Korean peninsula will significantly help the U.S. achieve the following strategic policy goals: