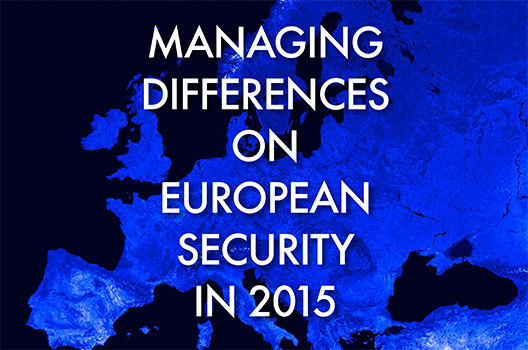 This report is the result of a series of brainstorming sessions that took place between the summer of 2013 and the winter of 2014-2015, and between American, Russian, and European experts. The teams were led by Ellen Tauscher, the Vice Chair of the Atlantic Council’s Brent Scowcroft Center on International Security and the former US Under Secretary of State for Arms Control and International Security, and Igor Ivanov, the president of Russian International Affairs Council (RIAC) and former Foreign Minister of Russia, in an effort to keep the dialogue open and frank at a challenging time for European security. Not surprisingly, as events in Ukraine unravelled the post-Cold War security order, it proved impossible to narrow the differences and develop a common, action-oriented approach to the challenge of rebuilding the European security order. The report, a project of the Atlantic Council, the European Leadership Network (ELN), and RIAC is focused instead on the necessary first step of listening to each other and reflecting on the significant differences in the Western and Russian approaches. Discussions focused on gaining clarity on the interests at stake, from the US, European, and Russian perspectives, in order to better define whether and where common interests may still lie and how best to advance them. The report clearly points to the fact that managing the differences in the aftermath of the Ukrainian crisis will continue to require significant efforts on the part of decision-makers, experts, officials, international organizations, and will take time and strategic patience.