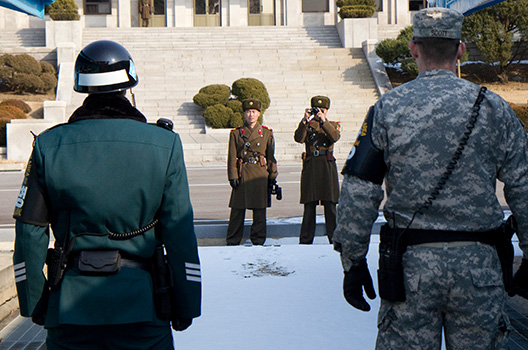 As China reemerges, Japan revitalizes, and the United States rebalances toward Asia, competition over Korea will likely return. In The Korean Pivot and the Return of Great Power Politics in Northeast Asia, Sungtae Jacky Park examines Korea’s strategies toward great powers, discusses the future of the strategic dynamic on the Korean peninsula, explores the potential North Korean collapse scenario, and offers policy recommendations for the United States.

The element of unpredictability and unintended consequences surrounding North Korea’s future means that the Korean peninsula might turn into a sudden flashpoint in Northeast Asia at any moment. If the US-China relationship further deteriorates, a North Korean collapse scenario could become a dangerous source of conflict for the wider region. Moreover, a collapsing North Korea with far more developed nuclear and missile capabilities could pose significant danger if the Kim regime decides to crumble with a bang.

To address these issues, this report recommends that the United States increase its defense budget to bolster the rebalance to Asia, covertly subvert North Korea to bring about regime change and to eliminate the Kim regime as a long term source of instability in the region, keep the alliances and security cooperation with Japan and South Korea strictly bilateral (for now), and convince China to discuss Korean unification and its implications for the regional order.