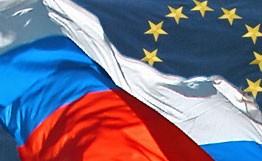 The challenge of transcending the Cold War relationship between Russia and the West and supplanting it with a new partnership capable of dealing cooperatively with the major international issues of the time has been a major focus of policy for the past decade and a half. This report, prepared by non-official leaders and experts from the United States, Europe and Russia, discusses in detail how to move forward the relationship between Russia and the West.

Initially, much of the attention was devoted to Russia’s own transition away from communism towards a more democratic politics and market-based economy. Latterly, especially since the attacks of September 11 and subsequent terrorist incidents, notably in Madrid and Beslan, the focus of attention has increasingly turned towards new security threats, especially those represented by the rise of jihadist terrorism, the threat of the spread of weapons of mass destruction (WMD) into the hands of terrorist groups and their state supporters, and problems of regional instability, especially in the Middle East, the Gulf region, and Central Asia.

The United States, European countries, and Russia have for the most part each pursued their own approach to these issues. But few doubt that a more coordinated, trilateral approach — at least in some areas — would be more effective in addressing the issues themselves, as well as laying the foundation for a stronger Russia-West partnership over the longer term. But can the United States, Europe, and Russia work together to address global terrorism, the proliferation of WMD, and regional instability? Will political developments in Russia and its region enable such a partnership to flourish?

At the beginning of 2003, it appeared that the United States, Europe, and Russia might be on the verge of creating a new strategic partnership. Russia seemed to be moving strongly toward the West, while the attacks of September 2001 and the conflict in Afghanistan seemed to demonstrate both the will and the capacity of the West to work together. There certainly were divisions, but all recognized the importance of finding ways to cooperate against the major threats of global terrorism and WMD proliferation, and the need to foster greater stability in the region that was all too often the focal point of these threats.

By mid-2004, the conflict in Iraq, coupled with growing alarm at the pace of WMD proliferation, had exacerbated differences between the United States, Europe, and Russia. Increasing concern about the course of democratization and economic reform in Russia made the prospect of cooperation look even more distant at times. Trilateral discord has been especially sharp over the prospects for reform in the broader Middle East, and it is not uncommon for discussions of this issue to lead to the Russians voicing suspicions of the West’s ambitions in the “near abroad,” while U.S. and European analysts express doubts about Russia’s willingness to let those regions move toward real autonomy. On the issues of terrorism and proliferation, there was much agreement, especially on the nature of the problem. But regarding terrorism, that consensus fell apart over the balance between military force and other measures as the most appropriate response. On proliferation, there was significant agreement on how to strengthen the current non proliferation regime, but a recognition that too often that political will disappeared when confronted with particular cases.

But even on those issues where differences remain sharp, there is still a compelling case for closer U.S.-European-Russian cooperation. Each recognizes that they all have a stake in addressing these challenges together, and, as the June 2004 summits demonstrated, it is possible to arrive at specific agreements despite very different perspectives. To build cooperation on the three issues examined here, discussions between U.S., European, and Russian analysts identified several possible next steps. New habits of cooperation will have to be learned, and because this will not be easy, ambitions should be appropriately modest. In particular, efforts to build trilateral cooperation should focus on:

By moving forward along these lines, the United States, Europe, and Russia can take some important steps toward building a truly post-Cold War partnership. Such steps can also help insulate that nascent partnership from two real threats to its future effectiveness. First, disintegration in Iraq, coupled with reduced deployments from many European countries now involved, could exacerbate tensions among the three, especially if Iraqi instabilities seem to spill over its borders. Regular consultations — including discussions of specific joint nonmilitary projects in the region — could help keep the focus off recriminations and on reconstruction. Second, Russia must maintain President Putin’s commitment to move toward the West, as any new partnership must be based not simply on shared interests on specific issues, but also on shared economic and political understandings. Building a habit of cooperation on issues that confront both Russia and the West can help reinforce Russia’s move toward in a democratic and market-oriented direction. A new strategic partnership will be key in meeting the challenges of global terrorism, proliferation, and regional instability, and will reaffirm a positive dynamic in relations between the United States, Europe, and Russia.