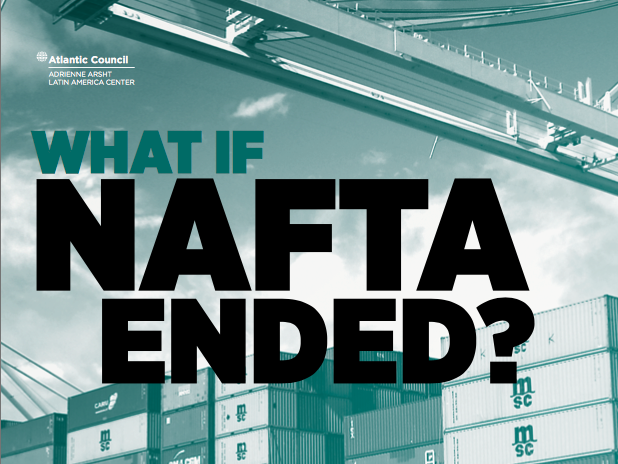 In the midst of NAFTA renegotiations, the United States, Canada, and Mexico are discussing changes that could impact millions of jobs, investments, and North America’s stance in the global stage. As negotiators work at breakneck speed, new Atlantic Council findings show what the United States would lose if NAFTA were not in place.What if NAFTA Ended? The Imperative of a Successful Renegotiations,launched by the Adrienne Arsht Latin America Center, quantifies the gains and the wide-ranging implications of successful renegotiations.

The Atlantic Council’s country-by-country findings conclude: NAFTA creates and sustains countless US jobs, generates important profit margins, and prompts significant Canadian and Mexican investment into the United States. US-Mexico trade alone brings in nearly $600 billion annually. More than fourteen US states conduct over 25 percent of their global two-way trade in goods with Canada. With profits and jobs so intricately connected through NAFTA, a modernized agreement is crucial for the livelihoods of American consumers and producers.