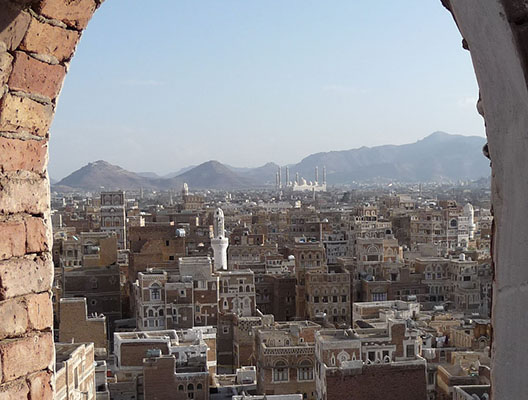 A new Atlantic Council report, Yemen’s Economic Agenda: Beyond Short-Term Survival, argues that if the Yemeni government fails to prioritize progress on the economic front, the country’s democratic transition risks derailment and may witness renewed conflict. Prioritizing the economy has been postponed because of political uncertainty and security problems, but the status quo can no longer continue if the country is to emerge from its near failed-state status. With completion of Yemen’s National Dialogue still unclear, the ability of the Yemeni government to deliver concrete benefits to its population has never been more important in order to maintain credibility and foster a sense of forward momentum. The government should address not only demands for more inclusive political participation, but also the economic aspirations of most Yemenis who have not experienced any improvement in their standard of living since the 2011 popular revolution.

Report author Danya Greenfield, acting director of the Atlantic Council’s Rafik Hariri Center for the Middle East, argues that strong political will is needed to effectively rebuild the economy and restructure the country. The report’s central conclusion is that this can be achieved through pressure from both domestic and external actors, and that active engagement by the international community is essential for the Yemeni government to achieve success in these efforts. Specifically, the author offers the following recommendations:

The arc of crisis in the MENA region: Fragmentation, decentralization, and Islamist opposition

The Middle East and North Africa (MENA) region is experiencing a time of great transformation and as well as tumult. Atlantic Council Senior Fellow Dr. Karim Mezran and Dr. Arturo Varvelli of the Italian Institute for International Political Studies gathered experts to explore decentralization and political Islam in six MENA countries in “The Arc of […]

The only hope for ending the Yemen war lies with enough congressional pressure to force the administration’s hand to use its military assistance to Saudi Arabia as leverage to bring about a solution.

Even as the specter of political instability weighs heavily on the region, the Middle East is quietly experiencing a technological and societal transformation that could hold the keys to a better future.