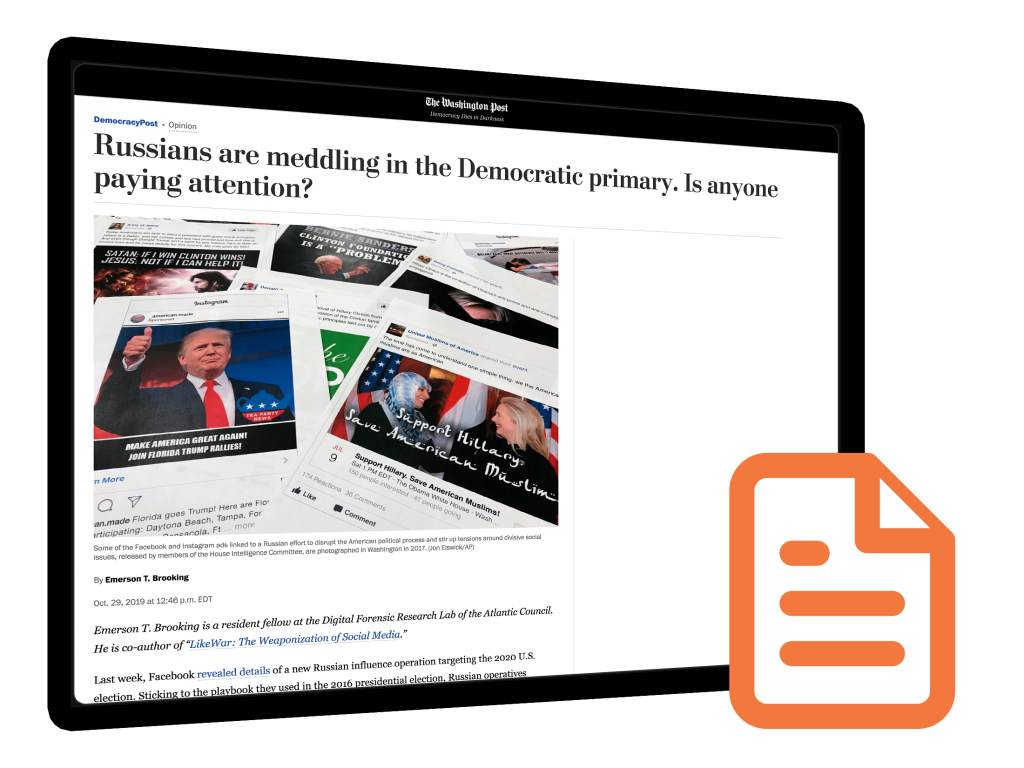 “Russians are meddling in the Democratic primary. Is anyone paying attention?”

Last week, Facebook revealed details of a new Russian influence operation targeting the 2020 U.S. election. Sticking to the playbook they used in the 2016 presidential election, Russian operatives infiltrated both sides of contentious political debates, seeking to widen the fissures in American society. The operation focused on Instagram and reached roughly 147,000 U.S.-based Instagram users. The efforts concentrated on the swing state of Florida.

Yet unlike 2016, when most Russian activity occurred during the general election, this operation took place amid a heated Democratic primary. This marks a troubling development. Despite all the study of state-sponsored disinformation over the past three years, we still have little knowledge of how a foreign influence operation might affect a crowded and contentious intra-party contest. There is a real danger that Russian interference — and the suspicion of Russian interference — will hang over the primary like a storm cloud, poisoning debate and infuriating progressive activists. It will also offer political ammunition to President Trump, who will use all the instruments of government to exploit it.