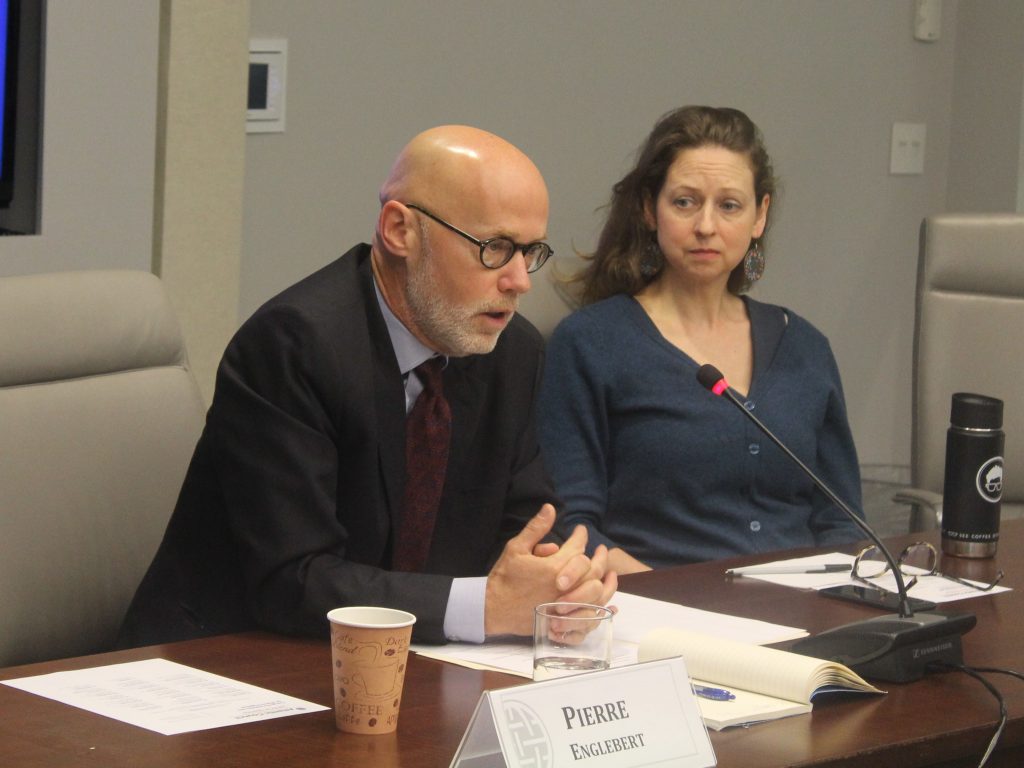 On Thursday, February 13, the Africa Center hosted a roundtable with Dr. Pierre Englebert, Senior Fellow at the Atlantic Council and H. Russell Smith Professor of International Relations at Pomona College.

In his remarks, Englebert discussed the complexity of Congolese politics and outlined the state of the country’s political alliances, one year after disputed elections brought Félix Tshisekedi to power. Speaking on Tshisekedi’s record, Englebert noted delays on his initial policy promises, but admitted that the bar for progress remains low in Congo’s stagnated political environment. Englebert added that there remains a perception that the new administration lacks a sense of urgency, but that Tshisekedi has actively pursued efforts at legitimation including international travel, elite renewal, and addressing violence in the east.

Referencing other important actors, Englebert outlined how former president Joseph Kabila’s support remains strong in parliament, the security apparatus, and key ministries, but the transition has forced him to adapt to a smaller share of economic rents. Of all the post-election uncertainties, Englebert highlighted the state of the fractious opposition as central, underscoring rival Moïse Katumbi’s continued popularity in contrast to apparent electoral winner Martin Fayulu’s fading support.

Africa Center Director of Programs and Studies and Deputy Director Ms. Bronwyn Bruton moderated the ensuing discussion, during which participants engaged Englebert on the effectiveness of the various sanctions imposed on the Congo, the status of conflict in the east of the country, progress on internal reforms, and the influence of external actors such as Belgium and the United States.