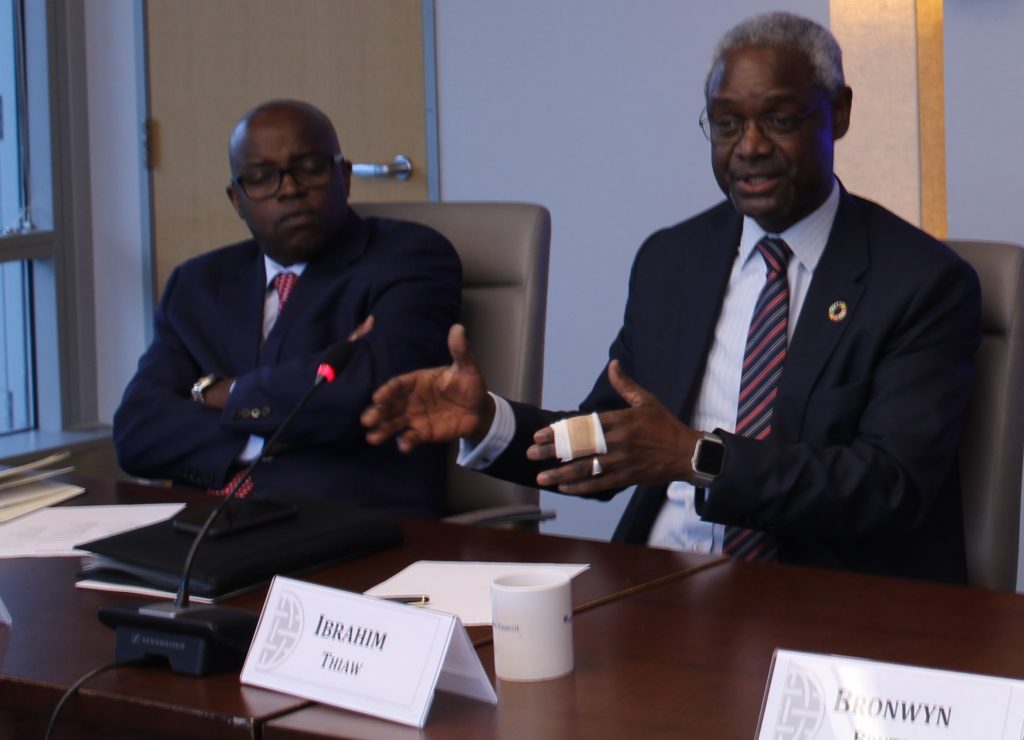 In his remarks, Thiaw outlined the challenges imposed by land degradation and desertification in the Sahel, identifying migration, family separation, and heightened farmer-herder conflict among the direct consequences. Optimistically, though, he also spoke of positive paradoxes, noting that arable land and water endowments in the Sahel are more favorable than often reported, and that renewable energy has the potential to ease the power generation deficit in the region. Thiaw went on to discuss the prospects for two bold cooperative conservation initiatives: the 3S Initiative aimed at setting the region on a path toward security, stability, and sustainability, and the Great Green Wall, established to restore land from Senegal to Djibouti. A crosscutting theme was leveraging local culture and language, highlighted by the UNCCD’s engagement with local musicians to deliver messages that resonate in the communities affected.

Africa Center Director of Programs and Studies and Deputy Director Ms. Bronwyn Bruton moderated the ensuing discussion, during which participants engaged Mr. Thiaw on the political willingness of Sahelian governments to combat climate change and desertification, the role for civil society, the security dimension, and the limiting factors surrounding the role of the private sector.