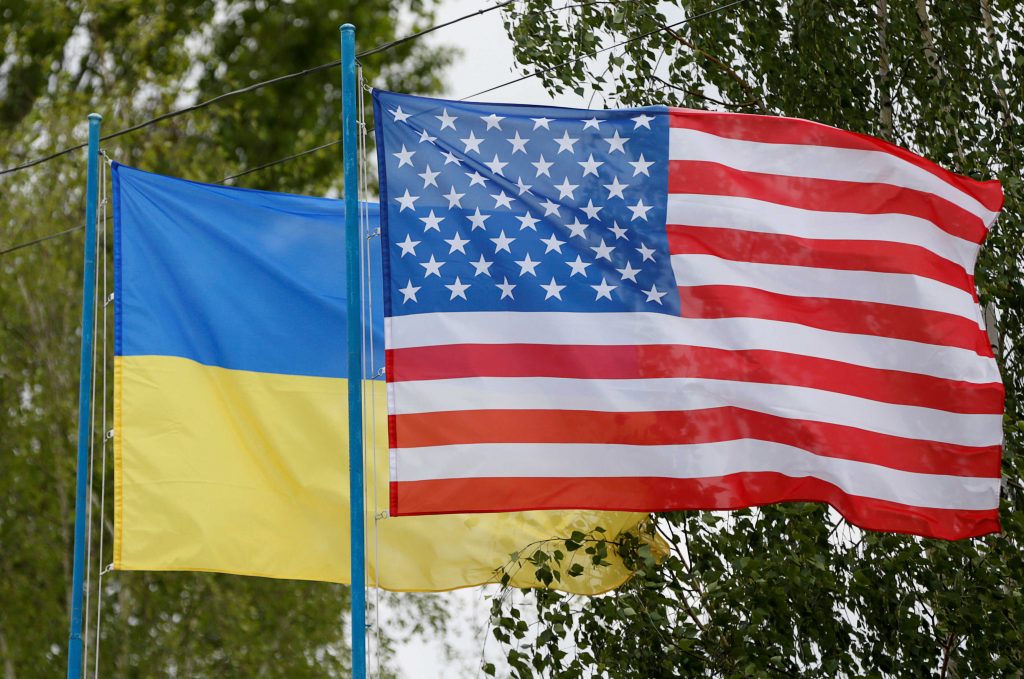 We believe that President Joseph Biden and the new US administration represent an opportunity to further deepen the strategic partnership and commitments between the United States and Ukraine and advance the interests of both nations.

President Joseph Biden has been an ardent supporter of the Ukrainian people and their democratic aspirations and understands the significance of a secure, independent, and prosperous Ukraine, firmly embedded in a Euro-Atlantic community that is “whole, free and at peace.”

President Volodymyr Zelenskyy and Ukrainian officials have made clear their interest in and commitment to a close relationship with the United States, President Joseph Biden, and the new administration.

We, American and Ukrainian politicians and diplomats, former officials, policy experts, and civil activists, strongly encourage the US and Ukrainian governments to develop an ambitious and comprehensive agenda that deepens our strategic relationship.

That agenda should advance mutual interests, contribute to the strengthening of security and stability in central and eastern Europe, promote Ukraine’s further integration into the European Union and accession to NATO, and outline and prioritize transformational democratic reforms necessary for Ukraine’s full economic development and progress on the transatlantic track.

The plan should be based upon the following key elements:

We offer these twelve elements as guidelines for fostering the strategic partnership between the United States and Ukraine and for advancing the goals that each country hopes to achieve through our pivotal relationship.

The Honorable Brendan F. Boyle, US House of Representatives.

Eric S. Edelman, former Under Secretary of Defense for Policy.

The Honorable Andy Harris, US House of Representatives.

John E. Herbst, Director of the Atlantic Council’s Eurasia Center and US Ambassador to Ukraine 2003-06.

The Honorable Tom Malinowski, US House of Representatives.

Thomas O. Melia, Deputy Assistant Secretary of State 2010-2015 and Assistant Administrator of the US Agency for International Development 2015-2017.

Alexander Vershbow, Distinguished Fellow at the Atlantic Council’s Scowcroft Center for Strategy and Security, US Ambassador to Russia 2001-05, US Assistant Secretary of Defense 2009-2012, and Deputy Secretary General of NATO 2012-16.

Kurt Volker, Distinguished Fellow, Center for European Policy Analysis, US Ambassador to NATO 2008-2009, and US Special Representative for Ukraine Negotiations 2017-2019.

Marie Yovanovitch, Senior Fellow at Georgetown University and Carnegie Endowment for International Peace and US Ambassador to Ukraine 2016-19.

Mykhailo Basarab, Senior Fellow of the Kyiv Security Forum, Member of the Non-Governmental Commission for the investigation and prevention of human rights violations.

Valeriy Chaly, Diplomatic advisor to the President of Ukraine 2014-15, Ambassador of Ukraine to the United States 2015-19, Chair of Ukraine Crisis Media Center (UCMC).

Volodymyr Handogiy, Ambassador of Ukraine to the United Kingdom in 2010-14, NATO 2000-2005, President of the Ukrainian Foreign Policy Association.

Hanna Hopko, Chairwoman of the Parliamentary Committee on Foreign Affairs 2014-19, Chair of the Board of “National Interests Advocacy Network ANTS.”

Volodymyr Horbulin, Secretary of the National Security and Defense Council of Ukraine 1994-1999 and 2006.

Serhiy Kvit, Minister of Education of Ukraine 2014-16, Professor at the National University of Kyiv-Mohyla Academy.

Markiyan Lubkivsky, Diplomatic advisor to the Deputy Chairwoman of the Verkhovna Rada of Ukraine, Ambassador of Ukraine to Croatia and Bosnia and Herzegovina 2006-09.

Andriy Parubiy, Chairman of the Verkhovna Rada of Ukraine 2016-19, Secretary of the National Security and Defense Council of Ukraine 2014.

Oleh Shamshur, Ambassador of Ukraine to the United States 2005-10, Non-Resident Senior Fellow at the Atlantic Council.

Yuri Shcherbak, Ambassador of Ukraine to the United States 1994-98.

Oksana Syroid, Deputy Chairwoman of the Verkhovna Rada of Ukraine 2014-19, Co-Chair of the Lviv Security Forum.

Svitlana Voitsekhivska, Member of the Board of Open Ukraine Foundation, Founder of the Ukrainian Women Congress.

Kostiantyn Yelisieiev, Diplomatic advisor to the President of Ukraine 2015-19, Ambassador of Ukraine to the European Union 2010-15, and Head of the Center of New Decisions.

Josef Zissels, human rights and civic activist, Co-President of the Association of Jewish Organizations and Communities of Ukraine.