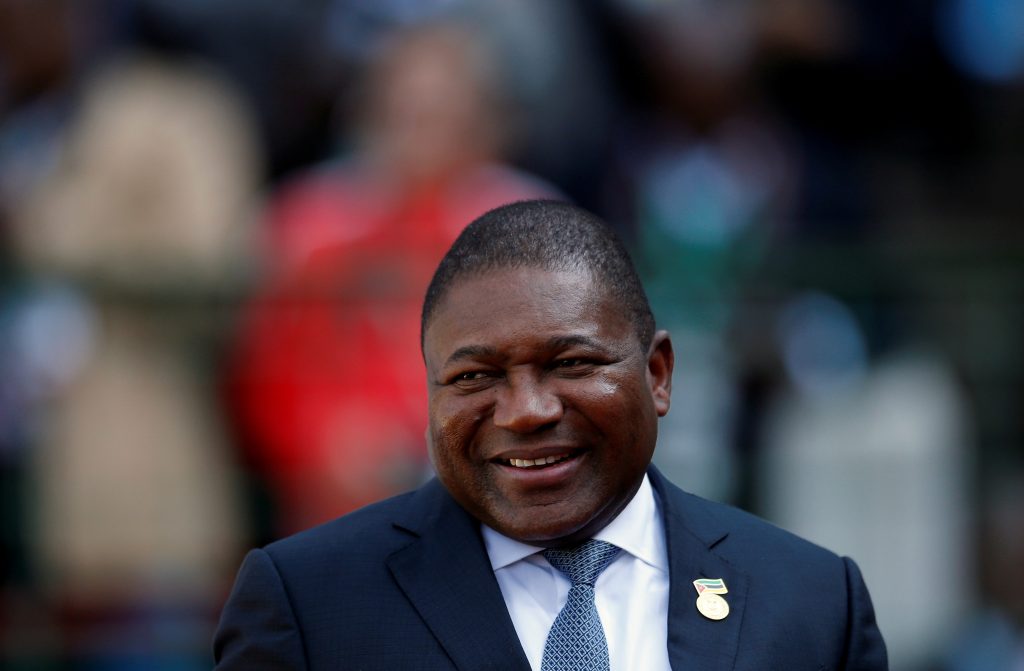 For two years, an insurgent group whose affiliation and motivations remain murky has perpetrated attacks that have killed over three hundred people in the northern Mozambican province of Cabo Delgado. The government in Maputo, controlled by the Frente de Libertação de Moçambique (FRELIMO) party, has largely dismissed the group as a collection of criminals without legitimate grievances, and has responded to the attacks with lockdowns, arbitrary arrests, and summary executions. These tactics have largely avoided focusing on the root issue of the insurgency: namely, anger over the lack of development in the country’s poorest province.

On the campaign trail for the nation-wide elections scheduled for October 15th, Mozambican President Filipe Nyusi stated that his government would be open to dialogue with members of the insurgent group. Viewed alongside the government’s multiple and recent agreements with Resistência Nacional Moçambicana (RENAMO), the main opposition political party in Mozambique, it seems likely that this assertion is more than an empty campaign promise. Yet with an insurgency that has no identified leadership and elections that may bring forth additional violence, how the government will address the insurgency going forward remains unclear.

Roots of the Insurgency

The group carrying out attacks in the majority-Muslim Cabo Delgado province is called al Sunna wa Jummah (ASWJ). Despite being referred to as “al-Shabaab” by locals, there are no visible links between the group and the Somali organizations of the same names. At the outset of ASWJ’s first attack against the village of Mocímboa da Praia in October 2017, little was known about its leadership or agenda. Since then, no individual has emerged as a figurehead or spokesperson for the group, nor have any specific demands been made.

Faced with few employment opportunities and living in desperate conditions, young people are drawn to ASWJ as a means of satisfying their basic economic and social needs.

A study on the insurgency published by the Mozambican Instituto de Estudos Sociais e Economicos in September 2019 identified poverty, unemployment, and low levels of education as the primary forces driving young men to join ASWJ. The authors of the study interviewed a local resident, who said (translated from Portuguese) of the local economic situation that “Mocímboa da Praia has become a district abandoned by successive FRELIMO governments” where young people “live by begging for alms or working in the informal market.” According to the local source, attempts by residents to petition the government for improved economic opportunities have been dismissed and met with claims by the government that the residents are members of RENAMO.

Faced with few employment opportunities and living in desperate conditions, young people are drawn to ASWJ as a means of satisfying their basic economic and social needs, the authors of the study concluded.

Response by the Mozambican Government

The response by the Mozambican government to the attacks has been largely heavy-handed. After the first attacks in October 2017, security forces imposed a lockdown in the area, closed mosques, and engaged in arbitrary detentions. Groups such as Human Rights Watch have alleged that since at least August 2018, security forces have engaged in arbitrary arrests, torture, and summary executions of people suspected of being members of the insurgent group.

The government has also responded to the crisis through media censorship and suppression. Since June 2018, the government has barred various media organizations and correspondents from visiting Cabo Delgado, while the army and police have detained or arrested journalists who managed to travel there. This has contributed to both an unwillingness on the part of Mozambicans to openly discuss the insurgency as well as the general lack of information about it.

Such brutal tactics on the part of the government and security services risk further alienating a population that already feels abandoned by the government in Maputo. They also do not appear to be particularly effective, with the Armed Conflict Location & Event Data Project reporting twenty-three attacks by ASWJ in in the period from September 1 through October 9 of 2019 alone.

A History of Dialogue with RENAMO

The ASWJ insurgency should be seen in the context of the Mozambican government’s interactions with the RENAMO opposition party. FRELIMO and RENAMO fought a bloody fifteen-year civil war that ended with a peace agreement in 1992. Nonetheless, hostilities have sporadically continued as FRELIMO candidates have won every subsequent presidential election and RENAMO has continued to feel shut-out of the political system.

A ceasefire agreement was signed between the two parties in August 2014 after more than a year of attacks by RENAMO forces operating out of their base in the remote wilderness of the central Sofala Province. Nonetheless, RENAMO contested the results of that year’s elections, and reinitiated hostilities that resulted in a third peace agreement between the parties, signed in August 2019, in which RENAMO promised to end military hostilities and work towards a peaceful election. In negotiating this most recent peace agreement, President Nyusi repeatedly travelled to RENAMO headquarters in order to speak with the late Afonso Dhlakama, the former leader of RENAMO.

During a September 15th campaign rally in Cabo Delgado, President Nyusi, a native of the province, admitted for the first time that the government would be open to dialogue with ASWJ – on the condition that members reveal themselves. While campaign promises are a long way from actionable policy, this statement should be taken seriously when evaluated alongside FRELIMO’s demonstrated commitment to engaging in dialogue with RENAMO.

The Unclear Path Forward with ASWJ

How the Mozambican government engages with ASWJ going forward will depend on the insurgency’s leadership revealing itself as well as the outcome of the election. In past dialogue with RENAMO, there has been a leader and a leadership structure with which Nyusi, or the other FRELIMO chief executive, could engage. With no apparent leader after two years, it remains to be seen whether ASWJ will be a partner for the dialogue that Nyusi appears open to. And if dialogue is unlikely with no identified ASWJ leadership, it remains to be seen whether the cycle of repressive government tactics and further ASWJ attacks will be broken.

The elections scheduled for October 15th will also be a critical factor in determining how the government responds to the crisis. Nyusi is widely expected to win reelection. Yet the results, with Nyusi on the ballot for FRELIMO and Ossufo Momade on the ballot for RENAMO, are expected to be close. Pre-election violence has already occurred, with attacks against supporters and officials of both major political parties being reported. On October 7th, a leading civil society election observer, Anastacio Matavel, was shot and killed as he was leaving an election training session in the southern Gaza Province.

Should Nyusi win a close election as anticipated, it seems unlikely that the peace agreement with RENAMO will hold.

Cracks also appear to be emerging within RENAMO, with an internal faction refusing to accept Momade’s leadership and continuing to carry out attacks leading up to the election. Should Nyusi win a close election as anticipated, it seems unlikely that the peace agreement with RENAMO will hold, given that tensions are already running high, that RENAMO leadership is currently unable to control all its members, and that previous close elections have driven RENAMO to violence.

Mozambique was hit by two devastating cyclones earlier in 2019 that have left the country budgetarily stretched thin. In the event of post-election violence, the government will likely have to commit a significant amount of security forces to stem the tide of violence. The amount of funds and forces that the government will be able to commit to combating ASWJ will therefore be affected by severity of RENAMO’s post-election violence.

The violent insurgency that has cost over three hundred Mozambicans their lives, and many more their homes and possessions as ASWJ has burned entire villages to the ground, is a grave threat to the citizens of Cabo Delgado. Dialogue with ASWJ seems unlikely despite the government’s willingness to engage in it, and a contentious election environment has left Mozambique primed for post-election violence that could divert government resources from combatting ASWJ. Whichever way the government proceeds, it seems unlikely that a long-term solution to the ASWJ insurgency will be feasible without a concerted effort to simultaneously address the poverty and economic conditions underlying the insurgency in the first place.

James Rogers is an intern with the Atlantic Council’s Africa Center.