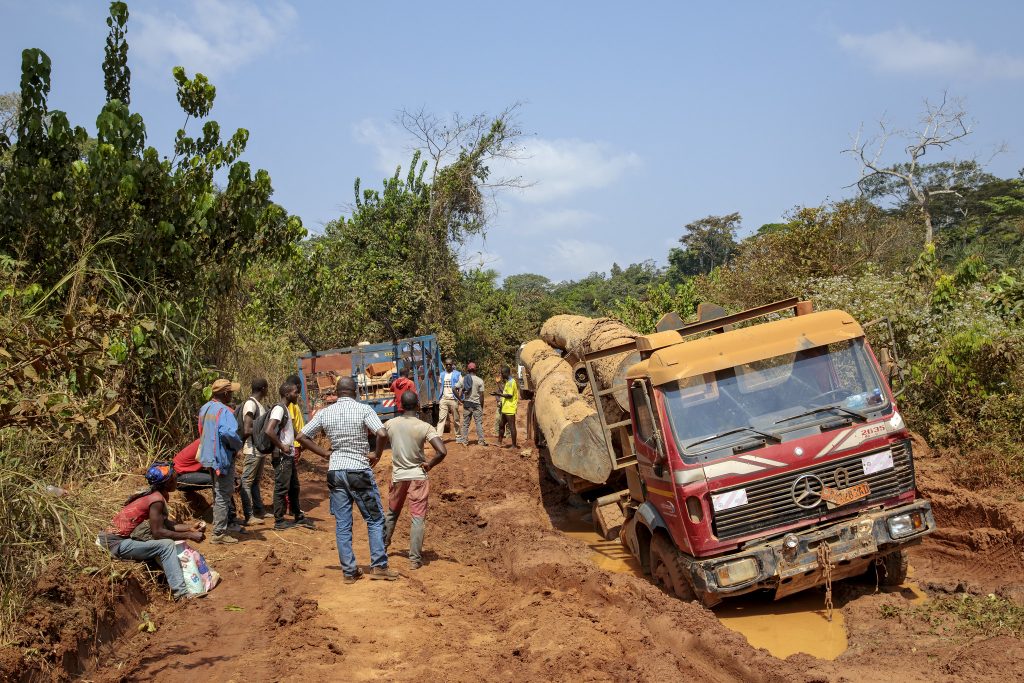 At the end of March, researchers funded by the UK government and the Bill and Melinda Gates Foundation began validation trials on a COVID-19 diagnostic test that can produce results in ten minutes, at home, without electricity, at a cost of roughly $1. Provided that these test kits are able to clear regulatory hurdles, they are set to be manufactured in Senegal and the UK and may be ready for distribution across Africa as early as June, with an annual output of up to four million kits. This is great news; however, this effort alone will not be enough and will likely not come in time. Beyond these top-line concerns over supply, other imminent challenges to mass testing include logistical constraints surrounding access to rural and densely populated urban areas, limitations on healthcare personnel and facilities, distrust of healthcare workers, and stigma associated with the virus itself.

The need for quick and low-cost tests is immediate and immense. With a population of over one billion, Africa may need fifteen million test kits over the next three months, says Africa Centres for Disease Control and Prevention (CDC) Director John Nkengasong. But, despite efforts by the Africa CDC, which has now trained personnel and provided diagnostic equipment to labs in forty-three African countries, laboratories are still too slow and often understaffed.

In Nigeria, a country of roughly 200 million people, the Nigeria Centre for Disease Control claims to have the capacity to run 1,500 tests per day, but had—according to a March 22 report—only succeeded in testing 152 people. In South Sudan, which has a population of twelve million people, only eighteen tests had been conducted as of the beginning of April. If African nations hope to stay ahead of the virus, testing capacity needs to be dramatically expanded, and fast—before rampant community spread negates the value of contact tracing.

Though the current validation trial out of the UK and Senegal is promising, Africa faces short-term bottlenecks in the testing supply chain. Next week, the Africa CDC plans to supply African nations with one million COVID-19 test kits. Otherwise, though, outside procurement is a growing problem. Rocketing Western demand for test kits and other medical equipment has squeezed the market and increased the cost of supplies. Largely affluent Western nations—like the United States, Canada, and France—are attempting to outbid each other and are offering to purchase equipment at huge volumes. This leaves Africa’s many small-market nations at a marked disadvantage, both in terms of volume and price.

With Sub-Saharan Africa’s value-added in manufacturing as a share of GDP ranking lowest among world regions, companies operating in these countries—which are often not government-owned—will find it difficult to retool their production to assemble test kits. Given limited buying power and small markets, most African nations do not have the same level of access to or leverage over major manufacturers and pharmaceutical companies as is the case in the United States and other more developed parts of the world. Accordingly, support through multilateral or bilateral sharing of procurement guides and lists of suppliers of masks, PPE, ventilators, and other critical equipment would be helpful during this period (one suggestion made by Africa Center Senior Fellow Aubrey Hruby). But the African Union and other regional bodies have limited capacity to oversee and coordinate such an effort so there is an opportunity for the US and other development partners to add value, complementing existing mechanisms such as those being put in place by the Africa CDC.

Without readily available equivalents to the US Defense Production Act, and with 56 percent of Sub-Saharan Africans (413 million people) subsisting on less than $1.90 a day, the obvious implication is that much of the procurement, and cost, of African nations’ COVID-19 response will fall on external donors (though this will raise its own coordination and scarcity problems.) Assuming that testing and vaccines do become available, these are the key issues that local and international aid workers will confront as they attempt to administer widespread testing:

Logistical constraints on distributing tests to people living ‘off the grid’

Getting test kits to and through remote villages and densely-packed, often unplanned, informal settlements in urban areas poses a major hurdle. In many parts of the continent, the rainy season is about to start or has already arrived, making many dirt roads difficult or impassable and rendering many rural communities inaccessible. The need for rural testing is probably a long way off—most nations will, out of necessity, restrict testing to urban areas. But even urban areas will prove difficult to access, as informal urban settlements pose their own unique challenges. Slums are not only densely populated, but are mostly unmapped, so administering mass testing in a systematic way will be extremely challenging. Residents usually lack physical addresses and records of who lives where and how many people live in each place of residence are spotty or nonexistent. The lack of reliable census records will prove to be a key constraint that will undermine data collection and coordination.

Limitations on healthcare personnel and facilities

Once areas are accessed, health infrastructure, personnel, and funding constraints pose further limitations to the success of the distribution of test kits. With limited space, supplies, and personnel, most local clinics and even regional hospitals in Africa are ill-equipped for mass inflows of both symptomatic patients and people looking to get tested. This will likely soon overwhelm the limited health infrastructure in Sub-Saharan African nations. When it does, it will be difficult to spare medical personnel to leave their health posts to conduct field tests.

According to estimates from the World Health Organization—though dated from 2005 to 2011—the number of hospital beds in Sub-Saharan Africa still shockingly lags behind the rest of the world. Twenty-one countries in Sub-Saharan Africa have eight or fewer hospital beds per ten thousand people. In juxtaposition, a 2009 estimate suggests that the Republic of Korea, which has effectively curbed the virus’ spread, has 103 hospital beds per ten thousand people. The Korean government has also successfully created an innovative way to test its citizens through drive-thru testing stations, where people can be tested, for free, in under ten minutes without leaving their vehicle. This solution, however, is simply not feasible in most parts of Africa, especially in rural villages or highly congested urban areas.

As health facilities become inundated with patients, sending people into the field may be become increasingly difficult. However, using volunteers, the military, and enrolling a large force of field workers might be a potential solution. South Africa could serve as a model for the rest of the continent. Last week, it rolled out ten thousand field workers to conduct door-to-door tests in Johannesburg—attempting to emulate South Korea’s success in curbing the spread of the virus.

The third challenge is managing distrust, fear, and stigma associated with the disease and the accompanying health response. Many African communities are suspicious of government authorities, external actors, and health workers—exacerbating the logistical issues of sending in health personnel to access densely populated urban areas or remote villages. For reference, such distrust has been a major impediment to treating the recent Ebola outbreaks in West Africa and the Democratic Republic of Congo, with reports of attacks against healthcare workers. Violence is already starting to hinder the coronavirus response—in Abidjan, the commercial capital of Côte d’Ivoire, for example, residents of the crowded Yopougon residential district destroyed a testing facility that was being constructed, fearing that it posed a risk to nearby homes.

Government and health worker interventions may also provoke apprehension among minority groups, like refugees or undocumented migrants, who rightly fear retribution from government agencies. Distrust may also be rooted in a lack of positive government presence in these groups’ daily lives. Those living in informal communities usually do not have titles to their homes and have been on occasion subject to unannounced bulldozing of their property via orders from the government. Afrobarometer also provides evidence suggesting that over 40 percent of Kenyans and Nigerians are accustomed to paying a bribe at least once a year. In other words, when government does show up, it is often asking for money—and there is reason to worry that corruption may lead to the theft or misdirection of resources during this crisis.

Stigmatization of the ill is another core challenge rooted in distrust and suspicion. Sufferers of Ebola and HIV/AIDS have been heavily stigmatized across the continent. Individuals may be reluctant to undergo testing if they fear ostracization or other reprisals from their communities. Just as HIV/AIDS was dubbed the “white man’s disease,” the coronavirus pandemic has spurred xenophobia, initially against East Asians, but increasingly against Europeans and Americans. The presence of foreign health and aid workers in communities where distrust exists will spark fear and play on preexisting tensions. Therefore, security considerations will have to be integrated into the broader response—adding another layer of cost and complexity.

Widespread testing—which even the United States has so far failed to implement—may well prove impossible for many African countries. Alternate strategies, such as social distancing, where possible, or restrictions on travel between urban and rural areas, and across national borders, may ultimately prove more effective in limiting the spread of COVID-19 across the population. Even if supply bottlenecks can be overcome—which would allow many African countries to exploit the existing expertise in contact tracing that has been developed during previous Ebola outbreaks—barriers to the distribution of test kits may prove too high.

Bronwyn Bruton is the director of programs and studies of the Atlantic Council’s Africa Center. Follow her on Twitter @BronwynBruton.

Neil Edwards is an intern with the Atlantic Council’s Africa Center.

On April 2, Google published community mobility reports, showing how different countries and regions are adapting their movements to the coronavirus. By graphing this data, we get a unique glimpse into the state and diversity of African responses.

Image: Two large trucks temporarily block a road in both directions in Cameroon as the muddy dirt surface is unable to sustain the traffic and heavy loads. (Flickr/UN Women/Ryan Brown)