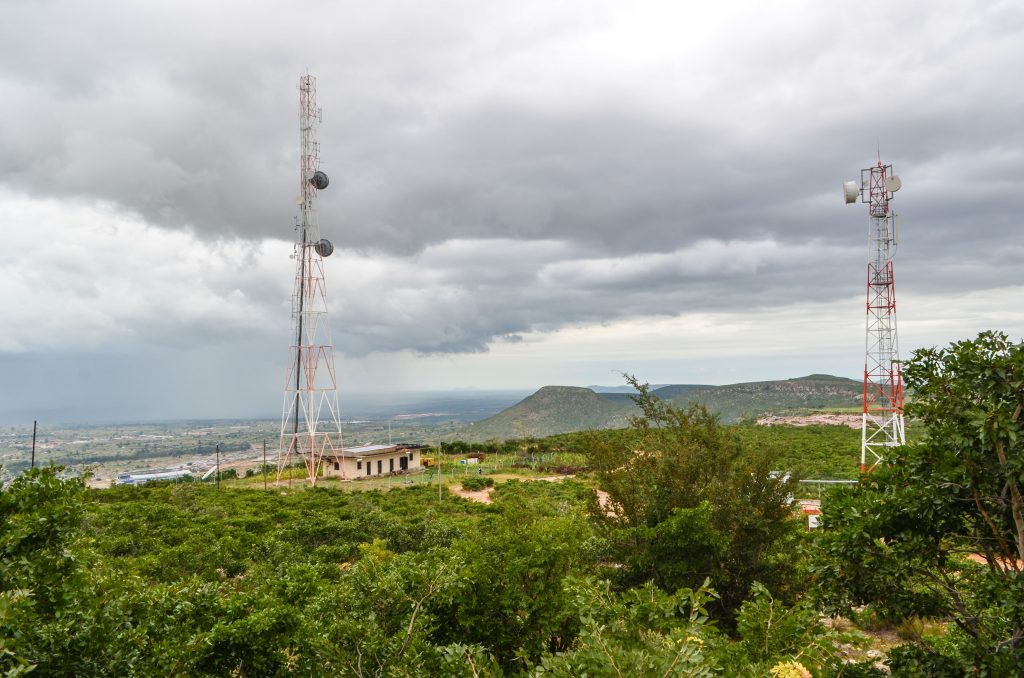 Over the past two decades, Chinese companies have come to dominate the telecom infrastructure landscape in emerging markets. Around 50 percent of Africa’s 3G networks and 70 percent of its 4G networks are built by Huawei. The Clean Network initiative was the central Trump administration policy aimed at curbing the expansion of Chinese technology infrastructure but has only found success in getting European countries to agree to use non-Chinese infrastructure in expanding telecom networks. Countries such as the United Kingdom (UK), Czech Republic, and Poland, as well as telecom companies such as Orange and Telstra, notably signed on to the initiative. While there is an expectation of more diplomacy in US-China relations under the Biden administration, the recently established Pentagon task force on China indicates that this administration is just as concerned about the spread of Chinese influence as the last. Although the Trump administration’s policies successfully curbed Chinese expansion in Western countries, they did not address the growing presence of Chinese technology infrastructure on the African continent. In African markets, a lack of local champions and infrastructure financing and construction capacity constraints have created a dependence on Chinese-financed projects.

According to the China Global Investment Tracker, Chinese technology investments and contracts in sub-Saharan Africa totaled $7.19 billion between 2005 and 2020. Huawei and ZTE have established more than forty 3G networks in more than thirty African countries and built national fiber-optic communications networks and e-government platforms for more than twenty African countries. To counteract the influence of China through Chinese telecom companies, the United States cannot use the same tactics that have been successful in the developed world. Instead, US policy should provide an alternative to Chinese technology by promoting new direct-to-consumer satellite solutions and supporting US tech firms that are already investing in African markets. The United States can also invest in tech solutions, such as improved routing protocols, that stand to build device trust and avoid the binary choice between US and Chinese tech. Through these policies, the United States can slow and possibly erode the gains that companies like Huawei have made on the continent by promoting innovative US technologies and providing resources to help unleash the second wave of the internet revolution in African countries.

As the youngest continent with the highest urbanization rate in the world, Africa’s 1.2 billion-person market, home to six of the ten fastest growing economies, increasingly commands more attention from US tech and entertainment companies. In 2019, Google announced a subsea cable called Equiano that runs from South Africa to Portugal, with a stop in Nigeria. This submarine cable will be owned and operated solely by Google, in contrast to the consortium of investors that typically co-own these cables. Facebook is undergoing an even more ambitious project—the 2Africa subsea cable that loops around the continent and connects twenty-three countries in Africa, Europe, and the Middle East. The 2Africa cable alone, which is scheduled to be completed by 2024, would double the total internet capacity on the continent. These subsea investments from American firms stand to drastically increase the supply of internet on the continent, potentially leading to reduced internet prices.

The additional broadband capacity that will be delivered by the new subsea cables will then require investment into terrestrial fiber infrastructure to spread access from the port inland. US companies are also investing in innovations still at pilot stage but with the potential to scale and be transformative. Google’s parent company, Alphabet, through its X moonshot company has launched Project Taara to expand the existing fiber network to surrounding rural areas at significantly lower costs. Initially piloted in Kenya and India, Project Taara uses light to transmit high-speed data between two points above ground through invisible streams of light. Transmitting data through the air avoids the costs and inconveniences of digging paths to lay fiber cables and will be met with fewer regulatory hurdles since private and public land is not required. US government agencies, such as the Millennium Challenge Corporation, the US International Development Finance Corporation, the Export-Import Bank of the United States, and the US Agency for International Development, could partner with X to scale these pilots and provide regional solutions as learnings accumulate and costs drop.

The high cost and low margins of laying fiber cables in rural areas has led to a persistent last-mile problem, reinforcing dependence on mobile data usage and reinforcing the digital divide. Less than one third of Africans have regular access to internet of any sort. One attempt to solve this problem was another Alphabet project called Google Loon. Although Loon was ultimately unsuccessful and was shut down in January 2021, the ambitious project to use tennis-court sized, solar-powered balloons to provide internet access to rural areas is the sort of out-of-the-box thinking needed to cross the last mile in internet connectivity on the continent. With self-proclaimed low chances of success, the small victories of providing internet to hurricane-damaged Puerto Rico and to rural farmers in Kenya should encourage both Alphabet and other tech firms to continue investing in developing innovative solutions aimed at increasing internet access on the continent.

The SpaceX StarLink satellite project could also prove transformative in delivering high-quality internet directly to consumers wherever they be. The project’s network of interconnected satellites can provide high-speed internet access, with speeds that are faster than 95 percent of US connections, to even the most remote locations on the planet. It is currently in a public invitation-only testing phase and is only available in latitudes 45 to 53 degrees, which covers a small range of regions in the northern hemisphere. Initially only available in the northern United States and southern Canada, recent regulatory permission in the UK has allowed StarLink services to be offered in the country as well. As more satellites are launched, more areas around the globe will be covered by this service. Countries such as Greece, Germany, and Australia have already approved StarLink operations in anticipation of such an expansion. StarLink’s startup kit cost of $499 and monthly payment of $99 would be an obstacle for expansion into African economies but expected price drops of new models will make this an exciting option for internet access in African markets in the next eighteen to twenty-four months.

African nations are no longer just attracting investment into extractive industries. The young and fast-growing markets have proven attractive to Chinese tech infrastructure companies for decades. Leading US companies are finally taking note and they can help to unleash the developmental benefits of a second internet revolution in African markets, providing the backbone for innovative e-health, edutech, fintech, and reg-tech companies to grow. The Biden administration has the opportunity to work with flagship US tech companies to accelerate and scale critical digital infrastructure to the benefit of Americans and Africans alike.

Aubrey Hruby is a senior fellow with the Atlantic Council’s Africa Center. She is also Co-Founder of Insider and the Africa Expert Network. Follow her on Twitter @AubreyHruby.

Financing post-COVID recovery in Africa: Lessons from the AFC-DFC partnership

How can African economies recover from the effects of the COVID-19 pandemic? Sanjeev Gupta of the Africa Finance Corporation and Danielle Montgomery of the U.S. International Development Finance Corporation join Senior Fellow Aubrey Hruby to discuss a recent partnership to address Africa’s infrastructure deficit and spur economic growth.

Among its efforts to address climate change, the Biden administration has laid out an ambitious agenda for a clean energy revolution. This will require significant quantities of raw materials. And here the African continent has an important role to play.