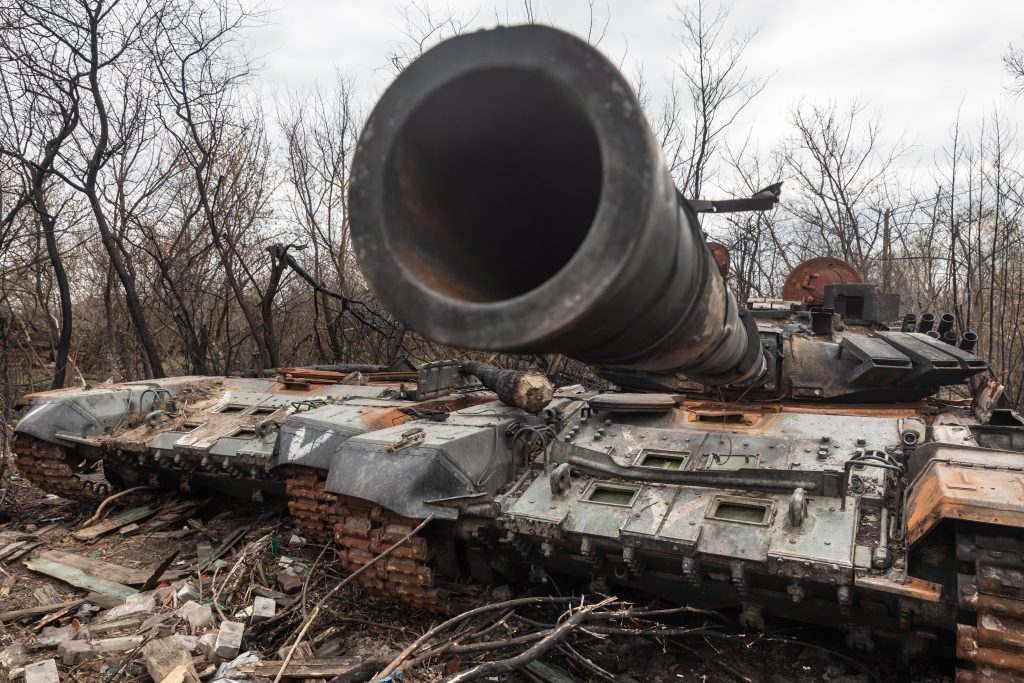 In a fresh blow to Vladimir Putin, the Russian dictator’s closest ally Alyaksandr Lukashenka has declared that the invasion of Ukraine is not going according to plan and should be brought to an end as soon as possible.

Speaking to the Associated Press on May 5, Lukashenka acknowledged that the invasion had run into unexpected problems and admitted he had not anticipated the ten-week conflict would “drag on in this manner.” The Belarus dictator emphasized that while Russia continues to claim everything is proceeding as planned, he does not share this optimistic outlook. “I want to stress one more time: I feel like this operation has dragged on,” Lukashenka commented.

During his interview, Lukashenka repeatedly called for an end to the war in Ukraine while seeking to position Belarus as an intermediary rather than an active participant. “We categorically do not accept any war,” he stated. “We have done and are doing everything now so that there is not a war.”

The Minsk strongman’s efforts to distance himself from the conflict are the latest indication that Putin’s invasion is in danger of unravelling. Lukashenka is widely seen as a junior partner in the Russian attack on Ukraine, having allowed his country to serve as a staging post for Russian troops to invade northern Ukraine and as a platform for ongoing airstrikes against Ukrainian targets. However, he has so far stopped short of ordering the Belarusian army to join the invasion despite significant Russian pressure to do so.

This reluctance is in part due to the punishing losses sustained by Russian troops during the first weeks of the conflict as the advance on Kyiv stalled. Belarusian hospitals and morgues were soon overflowing with Russian casualties, leaving Lukashenka in no doubt regarding the scale of the difficulties Moscow was encountering. Putin’s invasion force was eventually forced to admit defeat in the Battle for Kyiv and withdraw entirely from northern Ukraine.

The unpopularity of Putin’s war among the Belarusian public has also helped persuade Lukashenka not to order his military into Ukraine. Polls have consistently indicated that a majority of Belarusians object to their country’s role as a base for Russia’s invasion and are firmly opposed to any direct involvement. This public opposition has helped fuel a campaign of sabotage targeting the Belarusian rail network in order to disrupt the transit of Russian troops and military equipment via Belarus to Ukraine.

Lukashenka’s thinly veiled criticism of the faltering Russian invasion marks a dramatic departure from his earlier backing for Kremlin aggression toward Ukraine. In the run-up to the war, the Belarus dictator frequently blamed the West for rising geopolitical tensions in region while echoing Russian propaganda tropes championing “brotherhood” between Russia, Belarus and Ukraine. “We will return Ukraine into the fold of our Slavdom. We will definitely do it,” he stated in a January 28 address to the Belarusian parliament.

This support reflected Lukashenka’s increasing reliance on Russia following his heavy-handed response to a domestic pro-democracy protest movement that sprung up in the wake of the rigged August 2020 Belarusian presidential election. The brutality of the crackdown in Belarus transformed Lukashenka into an international pariah and left him almost completely dependent on the Kremlin for his political survival.

In exchange for propping up the regime in Minsk, Russia sought to expand its economic, political and military presence in Belarus while advancing longstanding plans for the integration of the two countries within the framework of a vaguely defined “Union State.” This makes Lukashenka’s recent departure from the Kremlin script all the more significant, given that he risks losing power if Putin withdraws his support.

Opponents of the authoritarian regime in Belarus have argued that Lukashenka’s comments are an attempt to avoid international accountability for his participation in Putin’s war. The exiled leader of the Belarusian pro-democracy opposition, Sviatlana Tsikhanouskaya, labelled the interview “a desperate attempt to save face” and warned audiences not to be fooled by the dictator. “He is a pathological liar, Putin’s accomplice, and must be brought to justice for what happens in Ukraine,” she tweeted.

Regardless of Lukashenka’s personal motivations, his negative assessment of the war underlines the mounting problems Putin is experiencing in Ukraine. While many in Moscow anticipated a rapid and triumphant campaign, Russian troops now find themselves struggling against a supremely motivated and highly skilled force fighting on home soil and supplied by an array of the world’s leading military powers. Kremlin officials still insist the “special operation” is on schedule, but the Russian military’s current predicament was surely not part of the original plan.

Wily Belarus dictator Alyaksandr Lukashenka is seeking to leverage his reluctant supporting role in Vladimir Putin’s Ukraine War in order to revive relations with the Western world and end his international isolation.

Image: Destroyed tanks and other military equipment of the Russian invaders along the Zhytomyr highway in the vicinity of Kyiv. (Photo by Mykhaylo Palinchak / SOPA Images/Sipa USA)