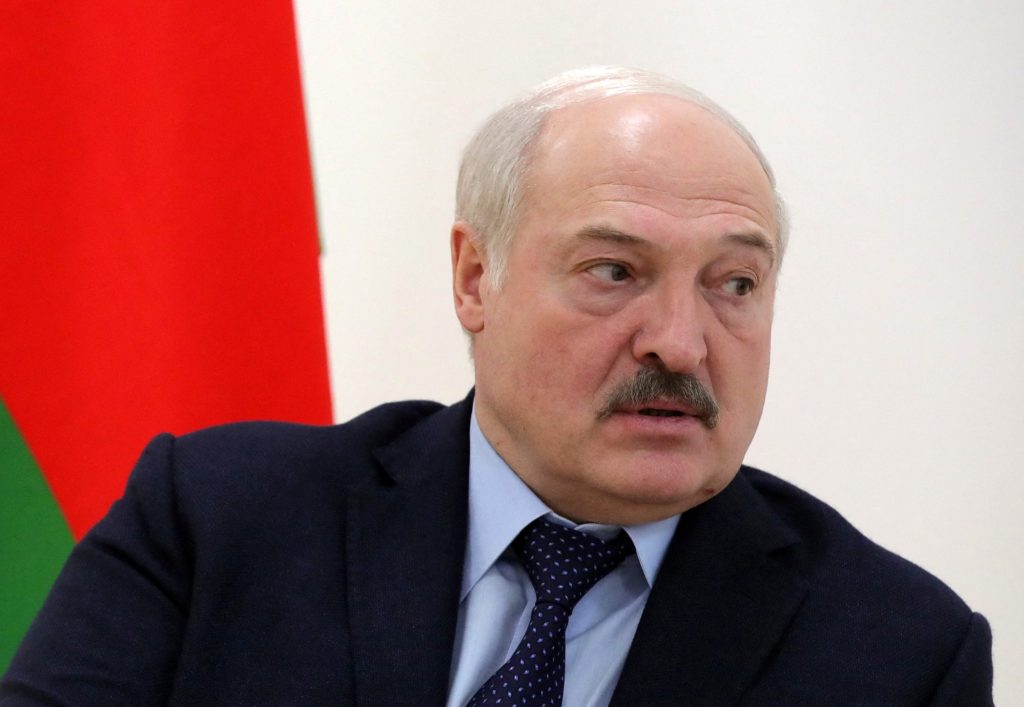 Belarus dictator Alyaksandr Lukashenka has initiated steps to dissolve the country’s independent trade unions as repressive measures continue amid widespread disquiet on the domestic front over the Belarusian role in Putin’s Ukraine War.

According to the petition, union members have been engaged in “destructive activities,” have participated in “unauthorized mass events,” and are guilty of distributing “extremist materials.” The application was sent to the Supreme Court “in order to prevent further violation of the law.”

The move is seen by many as an indication of regime concerns over possible industrial action after union leaders spoke out against the war in Ukraine and called for the withdrawal of Russian troops from Belarus.

Lukashenka has allowed his country to serve as a staging post for the invasion of Ukraine and has also permitted Russia to use Belarus as a platform for hundreds of airstrikes against Ukrainian targets. This has not proved popular. Many Belarusians oppose their country’s supporting role in Putin’s war, with opposition extending to sabotage attacks on the Belarusian rail network to prevent the transit of Russian military personnel and equipment. Lukashenka recently expanded the country’s capital punishment legislation to include those engaged in such acts.

Belarus’s trade unions have been under mounting pressure from the regime ever since the outbreak of a nationwide pro-democracy protest movement in the wake of the country’s deeply flawed August 2020 presidential election. Many employees of state-controlled institutions ranging from TV stations to fertilizer producers responded to the rigged vote by organizing strikes and walkouts while demanding Lukashenka step down.

The regime responded with a comprehensive crackdown. Strike leaders were targeted and threatened with dismissal, while some members of strike committees were reportedly abducted and pressured by the KGB. At least 13 prominent figures from within the strike movement have faced accusations of state treason. Many others fled the country.

While the authorities succeeded in suppressing the strike committees that sprung up in late summer 2020, Belarus’s independent trade unions enjoyed a modicum of protection due to their official status and were able to continue operating despite threats, arrests, and instances of intimidation. However, they now appear to be among the targets as Lukashenka seeks to stamp out any potential renewal in protest activity fueled by anti-war sentiment.

On April 18, Lukashenka held an emergency meeting with Belarusian police and other law enforcement agencies to complain about an alleged lack of loyalty and stability. The response was immediate. The following day, police raided the offices of three independent trade unions.

The targets of these raids included the Belarusian Congress of Trade Unions, which is part of the International Trade Union Confederation and brings together the country’s independent trade unions. It has a membership of about 10,000 people. More than 20 union leaders were detained and accused of “organizing actions that grossly violate public order.” If convicted, they could face up to four years in prison.

In a further apparent attempt to criminalize the activities of independent trade unions, the Belarusian KGB labelled one union an extremist organization despite the fact that it is officially registered with the relevant state authorities. In recent months, hundreds of union members claim to have been subjected to harassment and intimidation while being pressured to leave their unions. Activists have been interrogated and union offices have allegedly been bugged.

These actions have not gone unnoticed internationally. During the recent annual conference of the International Labour Organization (ILO), the Lukashenka regime was heavily criticized for the use of extreme violence to suppress peaceful protests and was accused of violating the labor rights of Belarusians.

There are now calls for greater international pressure on the regime as opposition figures warn that Lukashenka is seeking to suppress Belarus’s independent trade unions and shut down one more avenue of expression for ordinary Belarusians. The crackdown that began in 2020 appears to have gained new impetus following the onset of Putin’s Ukraine War. Further restrictions are now anticipated.