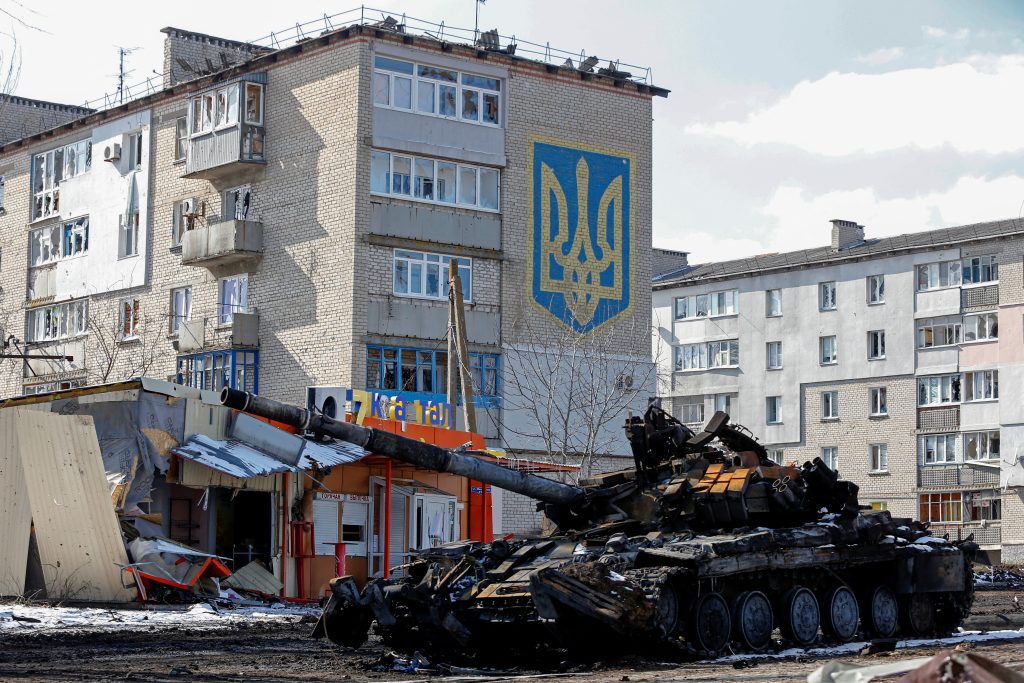 The fierce Ukrainian resistance to Russia’s invasion is getting inside the heads of Belarusian soldiers, officers, and officials.

Ever since Russia launched its full-scale invasion of Ukraine on February 24, there has been persistent speculation about when or whether Belarusian forces would join the offensive. But recently, reports have surfaced that both rank-and-file soldiers and senior officers in Belarus are reluctant to cross the Ukrainian border.

One look at the situation on the ground provides an important hint why this is the case. Valery Sakhashchyk, a retired army lieutenant colonel and former commander of the 38th Airborne Brigade who is now living in exile in Poland, told Politico that “the excellent work of the Ukrainian forces is the most important factor” deterring Belarus from joining the invasion. “Nobody expected such a rebuff,” he added. “The actions of the Ukrainian army, territorial defense forces, and the population have exceeded all expectations.”

This reluctance, he added, is trickling up to the senior political leadership, including the autocratic Belarusian leader Alyaksandr Lukashenka.

“The Belarusian army has never fought anywhere, the army is not prepared for external conflicts,” Sakhashchyk commented. “Lukashenka is far from being a fool. He understands there is a large risk the Belarusian army will not succeed, that it will suffer heavy losses, and then his last supporters could very well turn away from him, and that would be a disaster” for the Belarusian dictator.

This is consistent with a recent confidential unpublished report from the Center for Strategic and Foreign Policy Studies, which argued that due to the strong Ukrainian resistance and the poor performance of the Russian armed forces, “Minsk’s position on the Russia-Ukraine war has rapidly evolved from unconditional support for Moscow’s actions to attempts to distance itself as much as possible from Russia’s actions in Ukraine.”

The changed calculus of the Belarusian military and political leadership is yet another example of the knock-on effects of Ukraine’s David-and-Goliath-style resistance to Russian aggression.

Ukraine’s performance on the battlefield has united the NATO alliance and moved the goalposts regarding the scale and scope of Western support for Ukraine and sanctions against Russia. It has given China pause and provoked concern over the extent it should support Moscow. And now it is leading Putin’s only ally, Belarus, to rethink its backing of Vladimir Putin’s war.

After centuries of being the target and object of great power machinations and aggression, Ukraine is showing the world that it has agency. This is resonating everywhere from Washington to Brussels to Beijing, and even in Moscow and Minsk. Such is the power of witnessing a fledgling democracy fighting for its sovereignty and survival against a far larger revanchist neighbor.

Developments in Ukraine also appear to be having an effect on Belarusian public opinion. Ryhor Astapenia, who heads the Belarus Initiative at Chatham House’s Russia and Eurasia Program, recently posted that a poll the organization conducted found just 3 percent of Belarusians support the country’s armed forces joining the Russian invasion.

To be sure, Belarus is very much involved in the war despite its apparent reluctance to send troops. Lukashenka has provided a platform for Russia to invade Ukraine from the north as well as allowing missiles to be fired from Belarusian territory.

Belarusian trains are transporting Russian soldiers and hardware to the front. In this sense, Belarus is a combatant in Putin’s invasion and should be treated as such, as was the case when the United States announced fresh sanctions against Lukashenka on March 15.

As Russia seeks fresh cannon fodder to throw at its faltering invasion, reportedly recruiting Syrians to join the fight, the pressure on Belarus from Moscow will likely only intensify.

The Ukrainian government accused Russia on March 11 of orchestrating what it called “false flag” air attacks on Belarus as a pretext to bring Belarusian forces into the war. Kyiv accused Russian aircraft of firing on Belarusian villages from Ukrainian air space, at a time when Putin and Lukashenka were meeting in Moscow, to draw Minsk directly into the fighting.

It didn’t work. At this moment, the only Belarusians known to be involved in Putin’s war are volunteers fighting on Ukraine’s side.

Russia’s invasion of Ukraine and fierce Ukrainian resistance are a paradigm-shifting event that will resonate in geopolitics and international relations for decades to come. And it may yet prove to be the death knell for the Putin-Lukashenka axis of autocrats.

Belarus was widely expected to join the Russian invasion of Ukraine but indications are growing that the Belarusian military is strongly opposed to any involvement in Vladimir Putin’s war of aggression.