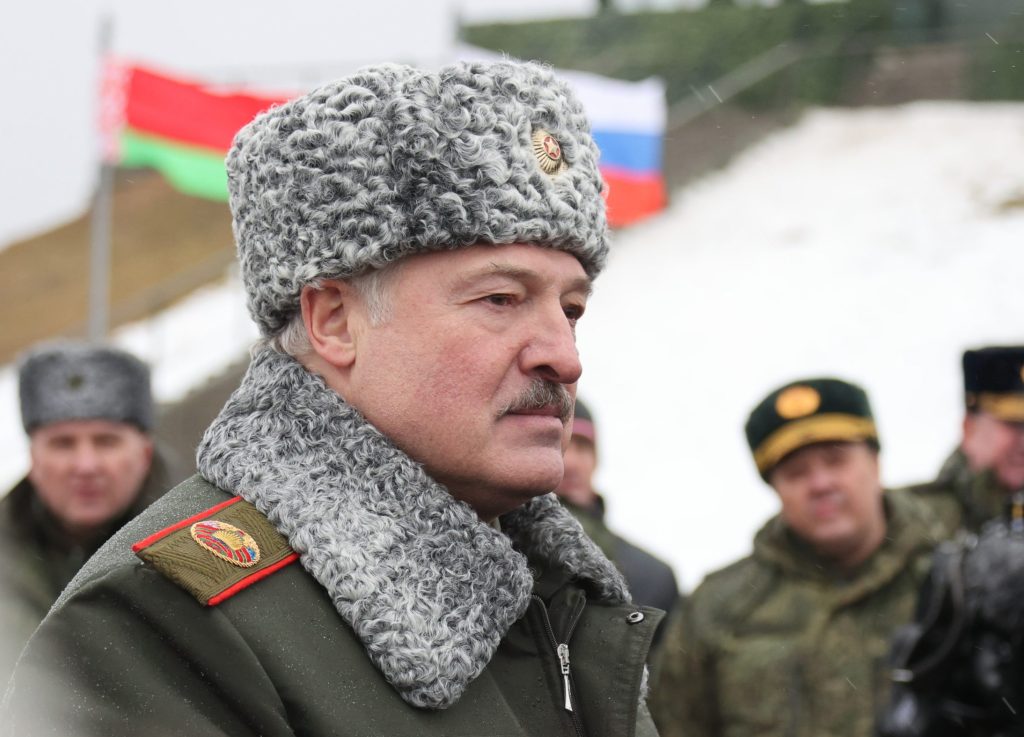 If any doubts remained about Vladimir Putin’s intentions to restore at least part of the old Soviet empire, they should have been dispelled this week when Belarus announced that the estimated 30,000 Russian troops currently in the country would remain there indefinitely.

The Russian forces are in Belarus ostensibly for military exercises that just so happen to be conveniently taking place near the Ukrainian border and were scheduled to wrap up on February 20. Instead, Belarusian Defense Minister Viktar Khrenin announced that the exercises would be extended indefinitely due to “the increase in military activity near the external borders” of Russia and Belarus and because of rising tension in eastern Ukraine. Never mind that the rising tension in eastern Ukraine is being manufactured and fabricated by Russia.

The following day, on February 21, Belarusian army chief Viktor Gulevich suggested that Russian troops would remain in Belarus until NATO pulled back the relatively small number of soldiers it had deployed to Eastern Europe. Never mind that the only reason there are NATO troops in Eastern Europe is because the Baltic states, Poland, and Romania requested them as they feel threatened by Russia’s escalating aggression against Ukraine.

Gulevich’s ultimatum appeared to have the opposite effect. US President Joe Biden announced on February 22 that he was deploying additional troops to the Baltic states and as many as eight F-35 fighter jets to locations along NATO’s eastern flank.

The announcement about the Russian troops in Belarus was a prelude to a dizzying series of actions by Moscow that, taken together, indicate that a full-scale Russian invasion of Ukraine is now looking increasingly likely.

Putin’s recognition of the self-styled separatist republics in Ukraine’s Donbas region, his ordering of Russian troops into these protectorates, his false allegations of Ukrainian atrocities against Russian-speakers, and his bellicose speech to a joint session of parliament in which he denied Ukraine’s right to exist as an independent country seem to indicate that there is little doubt about what comes next.

The implications of what is in effect a de facto Russian takeover of Belarus are arguably even broader and more ominous than Ukraine. “We’re dealing with a defining moment in European security,” military analyst Michael Kofman, director of Russian Studies at the CNA corporation, said on The Power Vertical Podcast.

We are indeed entering a new era for European security. The era of globalization, which assumed that integrating Russia into the global economy would curb its revanchist instincts, is now over. The mask is off and a new era of a divided Europe is on the horizon. The only question is where the new dividing lines will be drawn.

It is already clear that the western border of Belarus will be one dividing line. With Russia’s soft annexation of Belarus effectively complete, Lukashenka has surrendered his country’s sovereignty in all but name. A century after the Soviet Union was formed in 1922, Belarus is now part of the new Russian empire.

“We can no longer make a distinction between the Russian and Belarusian forces. Previously only air defenses and air surveillance systems were integrated, and now we observe a systemic integration and subordination of Belarusian forces to Russia,” Lt. Gen. Valdemaras Rupsys, Lithuania’s defense chief, told The New York Times.

Likewise, in remarks reported by The Guardian, Lithuanian Foreign Minister Gabrielius Landsbergis commented, “Belarusian troops are receiving their commands now more and more from the Russian political decision-makers. That means there are low, very low, levels of independence in the Belarusian army.”

As the United States, the European Union and the United Kingdom announced the first wave of sanctions against Russia, and as Germany announced the suspension of Russia’s Nord Stream 2 pipeline, some officials are calling for Belarus to also face harsh penalties for its participation in Moscow’s aggression against Ukraine.

Speaking to reporters in Brussels on February 21, Josep Borrell, the European Union’s foreign policy chief, stated, “any further aggression against Ukraine will have a strong answer from the European Union. But I want to add that this will also apply to Belarus should an attack be conducted from each territory with its involvement.” Borrell added that “Belarus is being dragged into the crisis. It is losing its sovereignty. With a non-transparent deployment of Russian forces, Belarus is losing its nuclear neutrality. It is in the process of becoming a Russian satellite.”

This week will go down in history as the moment when Belarus was fully absorbed into Putin’s imperial project. Its border with Latvia, Lithuania, and Poland will be one of the new dividing lines between the democratic West and Putin’s autocratic empire. Where the other lines will be drawn is still to be determined.

Ukraine and Belarus are the first targets in Putin’s quest to revive the old empire. While the world watches Russia’s brinkmanship against Ukraine, Moscow is swiftly and quietly completing the takeover of Belarus.