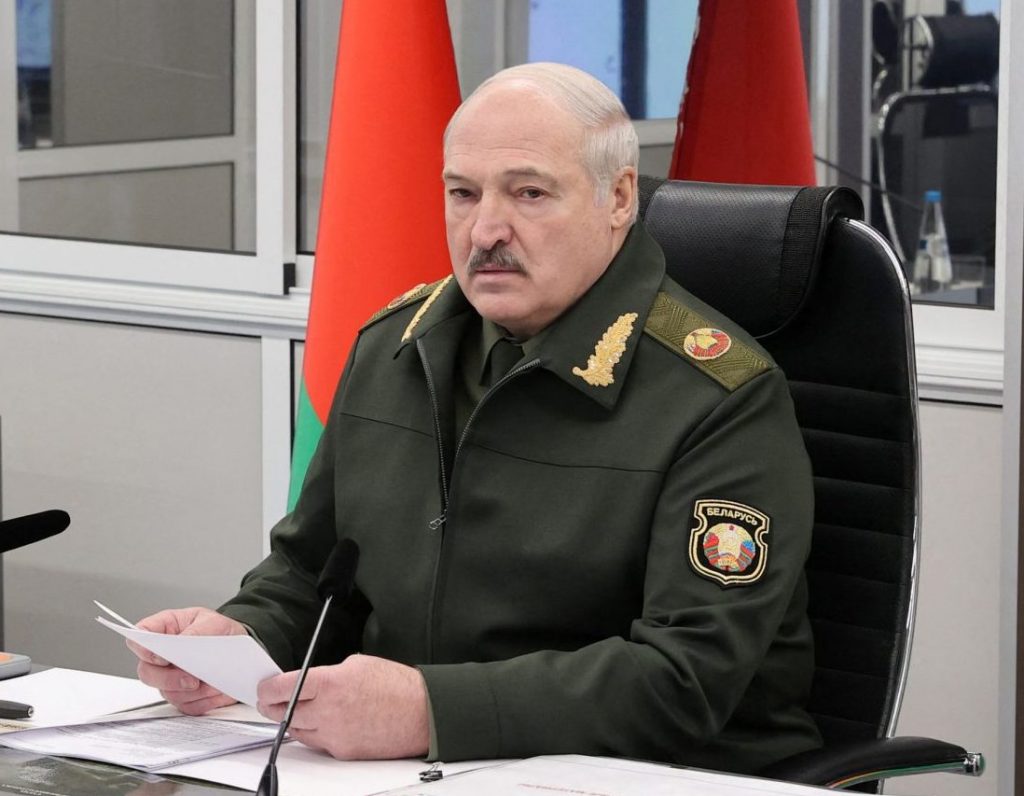 Belarus dictator Alyaksandr Lukashenka has confirmed plans to hold a referendum on February 27 over proposed changes to the Belarusian Constitution. While the outcome of the ballot is a foregone conclusion, the vote itself may provide the country’s embattled pro-democracy opposition with a welcome opportunity to mobilize.

Lukashenka has been discussing possible constitutional changes ever since a massive wave of protests against his regime first erupted in August 2020. Initially, the proposed changes were presented as part of plans for a political transition that would see Lukashenka himself eventually step down. However, he has since managed to suppress the protest movement and solidify his position. As a consequence, February’s referendum now looks set to strengthen his grip on power.

The proposed changes to the Belarusian Constitution were first published in late December 2021 and were developed without any meaningful public consultations. Once adopted, the new constitution will enable Lukashenka to remain in power until the end of his current term in 2025, and possibly for an additional decade.

For now, the Minsk strongman is keeping his options open. Instead of continuing as president in 2025, he may choose to assume leadership of the All-Belarusian People’s Assembly, which is set to receive a range of new powers in line with the constitutional changes. Whatever Lukashenka decides, the coming vote looks set to concentrate more power in his hands while ruling out the prospect of political change until at least the mid-2030s.

The February referendum will be the first national vote in Belarus since the deeply flawed August 9, 2020 presidential election which sparked the biggest crisis of Lukashenka’s 27-year reign. Protests in the wake of the presidential vote initially threatened to topple the Belarus dictator’s regime, but were followed by a brutal crackdown that eventually forced the pro-democracy movement off the streets.

Members of the opposition view the coming constitutional referendum as an opportunity to regroup and demonstrate that anti-regime sentiment remains alive and well in Belarus despite the terror tactics employed by Lukashenka.

On January 21, members of the Belarusian pro-democracy opposition in exile held a press conference to outline their strategy for the referendum. Rather than boycotting the vote, they are calling on Belarusians to participate in the referendum by spoiling their ballots.

Opposition representatives claim the regime is expecting a boycott and argue that non-participation would merely make it easier to falsify the results of the referendum. Instead, by spoiling ballots, Belarusians can demonstrate their opposition while exposing themselves to minimal personal risk.

Additionally, the Golos platform will conduct an alternative count of verified ballots through a digital app. Golos performed a similar role in the 2020 presidental election and was able to provide indications of widespread falsification. Another initiative, Zubr, will collect reports of fraud and evidence of other violations during the referendum.

The many different elements of the Belarusian opposition are seeking to use the referendum to unite their efforts and consolidate. This includes plans to establish a joint campaign center in Lithuanian capital Vilnius, which has emerged since 2020 as a key hub for the Belarusian pro-democracy movement in exile.

The Belarusian authorities are well aware of plans to sabotage the referendum by spoiling ballots. One response may be to ban mobile phones from polling stations, which would prevent individual voters from making a visual record of their ballot papers for use in parallel counts.

Critics of the opposition’s plans have questioned the effectiveness of the spoiled ballot approach, arguing that the regime will simply present the desired official result and ignore any attempts to stage a symbolic protest via the ballot box. There are also concerns that voter registration lists may be manipulated to prevent many Belarusians from participating in the referendum.

Advocates of the spoiled ballot initiative argue that it is a safe and meaningful strategy which will allow opponents of the regime to express themselves without risking dire consequences. Independent surveys of protest sympathizers indicate that over 80% currently back the proposed referendum strategy.

The official result of the upcoming constitutional referendum in Belarus can already be taken for granted. It is also safe to say that in the current climate of fear and insecurity, there will be no public protests in response to incidents of voter fraud or falsification.

At the same time, the referendum will not end the deep political crisis in Belarus or secure the legitimacy that Lukashenka craves. Instead, it will serve to underline the erosion of human rights in the country since 2020 and the need for fundamental political change.

The vote may also mark the beginning of a new chapter for the Belarusian pro-democracy movement. After a traumatic one-and-a-half years that have seen anti-regime sentiment in Belarus crushed and the country’s civil society silenced, the referendum campaign could provide a chance for exiled activists and ordinary Belarusians to remind the authorities that they continue to oppose the regime.