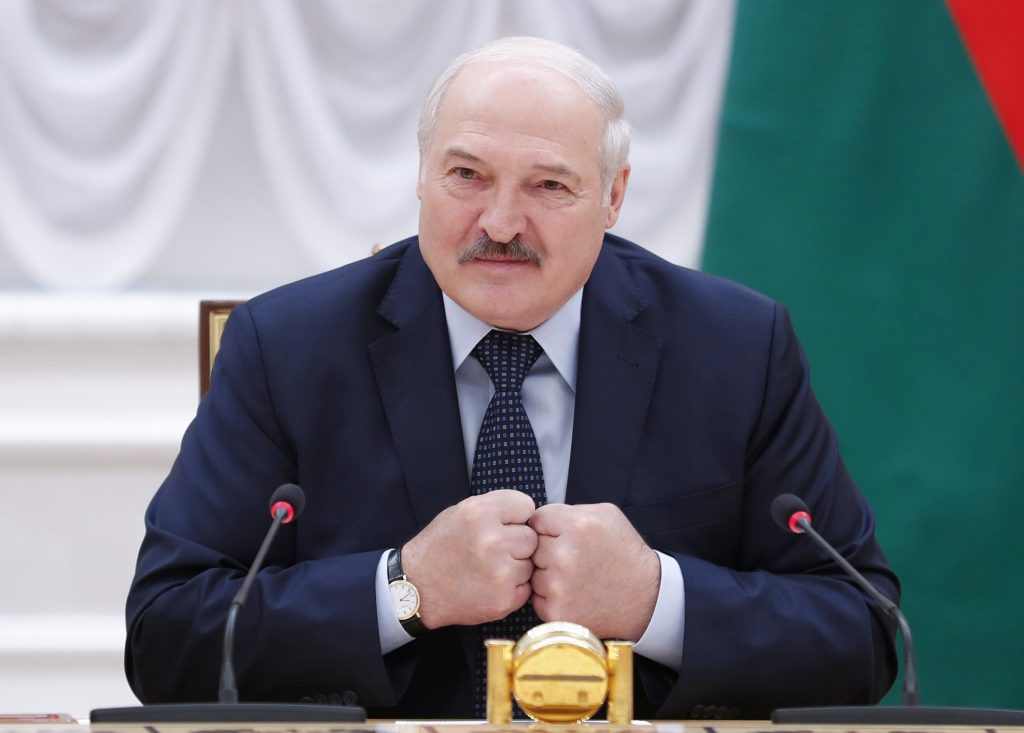 When the United States, the European Union, Canada, and the United Kingdom announced a new round of sanctions against the Minsk regime this week, one name in particular stood out: Russian businessman Mikhail Gutseriyev, the largest single foreign investor in Belarus. Gutseriyev was included on the EU’s list of sanctioned individuals.

A longtime friend of Lukashenka, Gutseriyev is the founder and a major shareholder at the Russneft oil company that provides Belarus with most of its crude. He also owns the Slavkali company, which is building a potassium chloride mining and processing plant in the Belarusian town of Lyuban.

In a recent report arguing for sanctions against the Kremlin-connected Russian oligarchs that back Lukashenka, Ilya Zaslavskiy of the Free Russia Foundation specifically named Gutseriyev, noting that his potash exporting business “provides invaluable hard currency to Lukashenka’s depressed economy.”

Likewise, in testimony last month before the Tom Lantos Human Rights Commission of the US House of Representatives, former Assistant Secretary of State David Kramer identified Gutseriyev as one of “the so-called money bags, the individuals connected to Lukashenka who prop him up financially.”

Kramer, who served as Assistant Secretary of State for Democracy, Human Rights, and Labor in the administration of US President George W. Bush, added that “these include Russian figures who have been instrumental in Lukashenka staying in power. Cut off the flows from them and you will water down the thin ice upon which Lukashenka stands.”

Sanctioning Gutseriyev is certainly a step in the right direction. But the list of targeted Russian oligarchs and officials who enable Lukashenka should not stop with him.

Another potential target is German Gref, who is Gutseriyev’s main political patron in the Russian elite. Gref is a longtime crony of Kremlin leader Vladimir Putin and the powerful CEO of Sberbank, Russia’s largest bank. Gref has enthusiastically backed Lukashenka and has overseen large investment projects in the Belarusian real estate sector worth hundreds of millions of dollars. Vladislav Inozemtsev, a Senior Associate with the Russia and Eurasia Program at the Center for Strategic and International Studies, noted that while Gref is typically regarded in Western circles as a liberal banker, “he may actually be the most prominent lobbyist for Lukashenka within the Kremlin.”

A further candidate for Belarus-related sanctions is Russian billionaire Dmitry Rybolovyev, whom Zaslavskiy described as “a trusted Kremlin intermediary who is under multiple criminal investigations in France, Monaco, and Switzerland for attempting to bribe or manipulate judges, police, and politicians.” A native of Perm, Rybolovlev owned a controlling stake in the Russian potash producer Uralkali until 2011 when he sold his shares.

The Kremlin effectively recruited him as “Lukashenka’s biggest business partner in global cartel potash exports which sustained the Belarusian dictatorial regime with massive hard currency cash flows,” Zaslavskiy wrote. In the process, Rybolovyev accumulated wealth through his business deals with the Lukashenka regime, largely facilitating potash exports when Belarus was under sanctions.

The sanctions list for Lukashenka’s Russian enablers should not be limited to individuals. EU sanctions in particular are now targeting major sectors of the Belarusian economy, including potash and petroleum exports. Given the close links between these industries in Belarus and their Russian counterparts, effective sanctions need to target both sides of the Putin-Lukashenka authoritarian axis.

Sanctioning Russian companies which enable Lukashenka is also made more urgent by the fact that these Kremlin-connected enterprises are seeking to acquire major Belarusian assets. Uralkali is reportedly intensifying its long-term campaign to acquire Belarusian potash producer Belaruskali. The Russian chemical producer Uralkhem is said to have its eye on the chemical and fertilizer factory Hrodna Azot.

This week’s sanctions announcements have gotten the attention of officials in Minsk and Moscow. The Belarusian Foreign Ministry released a statement calling the sanctions “a declaration of economic war.” Belarusian Prime Minister Roman Golovchenko vowed retaliatory measures. And Yevgeny Lukyanov, the Russian ambassador to Minsk, said Russia “will not abandon Belarus,” adding, “allies do not betray each other.”

Authoritarian kleptocracies like those run by Putin and Lukashenka have long been able to have it both ways, reaping the benefits of a rules-based international order and an integrated global economy while at the same time flouting the rules that make such a system operate smoothly. Sanctioning the Putin-Lukashenka axis of autocrats and their enablers sends a clear signal that those days are over.

The sanctions against Gutseriyev constitute a good first step. It should not be the last.